AMSE and Dept. of Energy partner to teach history of technology and science in Oak Ridge

The American Museum of Science and Energy is considered one of the top tourist attractions in Oak Ridge, attracting around 65,000 per year, according to officials. 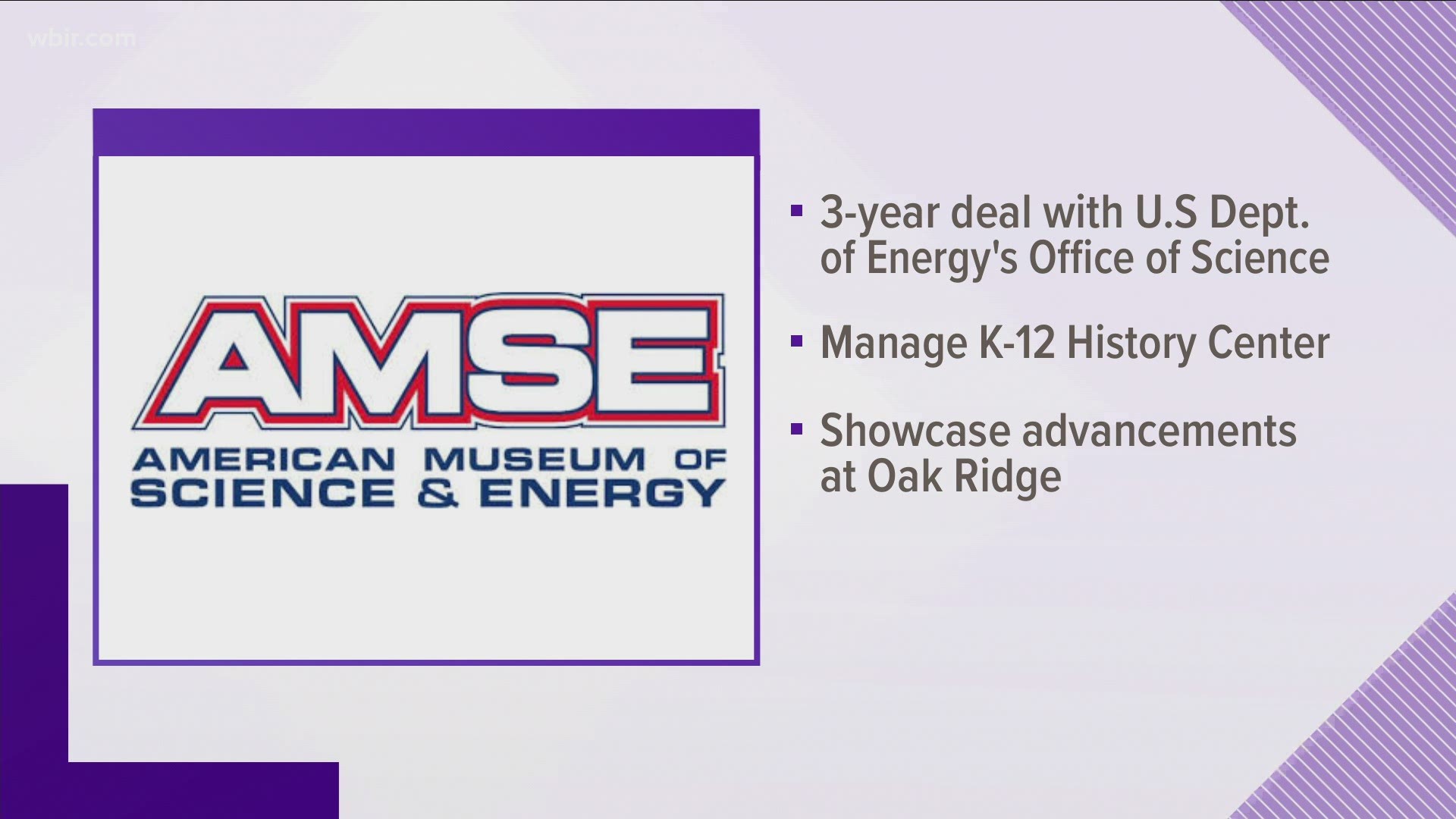 OAK RIDGE, Tenn. — A museum teaching visitors about science and technology in Oak Ridge signed a new agreement with the U.S. Department of Energy to improve their education methods, exhibits and advance the museum's mission.

The American Museum of Science and Energy Foundation announced that it signed the three-year deal with the DOE on Thursday. The foundation will manage the K-25 History Center, fundraising, collections management and develop other partnerships as part of the agreement — as well as manage AMSE.

The DOE will stay involved with the AMSE Foundation's public education and outreach efforts, help manage its exhibits and displays and generally help advance the museums' missions.

"This is a huge milestone for AMSE," said Jim Campbell, AMSE Foundation President. "After 73 years of proud service and partnership with the Department of Energy, we are excited to build on our rich history and celebrate a bright future."

Officials said that the museum is a vital part of the Oak Ridge community and that the agreement will help the museums grow.

In the past, the museum's operations were funded by the DOE through subcontracts with corporations and the AMSE Foundation played a supporting role. With the agreement, the foundation will be at the forefront of the museum's mission, according to a release from officials.

The museum is currently closed due to the COVID-19 pandemic. However, on March 1, officials said they will release a new series of programs called "Destination AMSE." It will highlight several virtual resources and online offerings, including an AMSEcast podcast.

Officials said there will also be new additions to come at AMSE and the K-25 History Center when they reopen.