The TWRA said its initial response efforts to the disease have been successful after they sampled more than 2,700 deer. 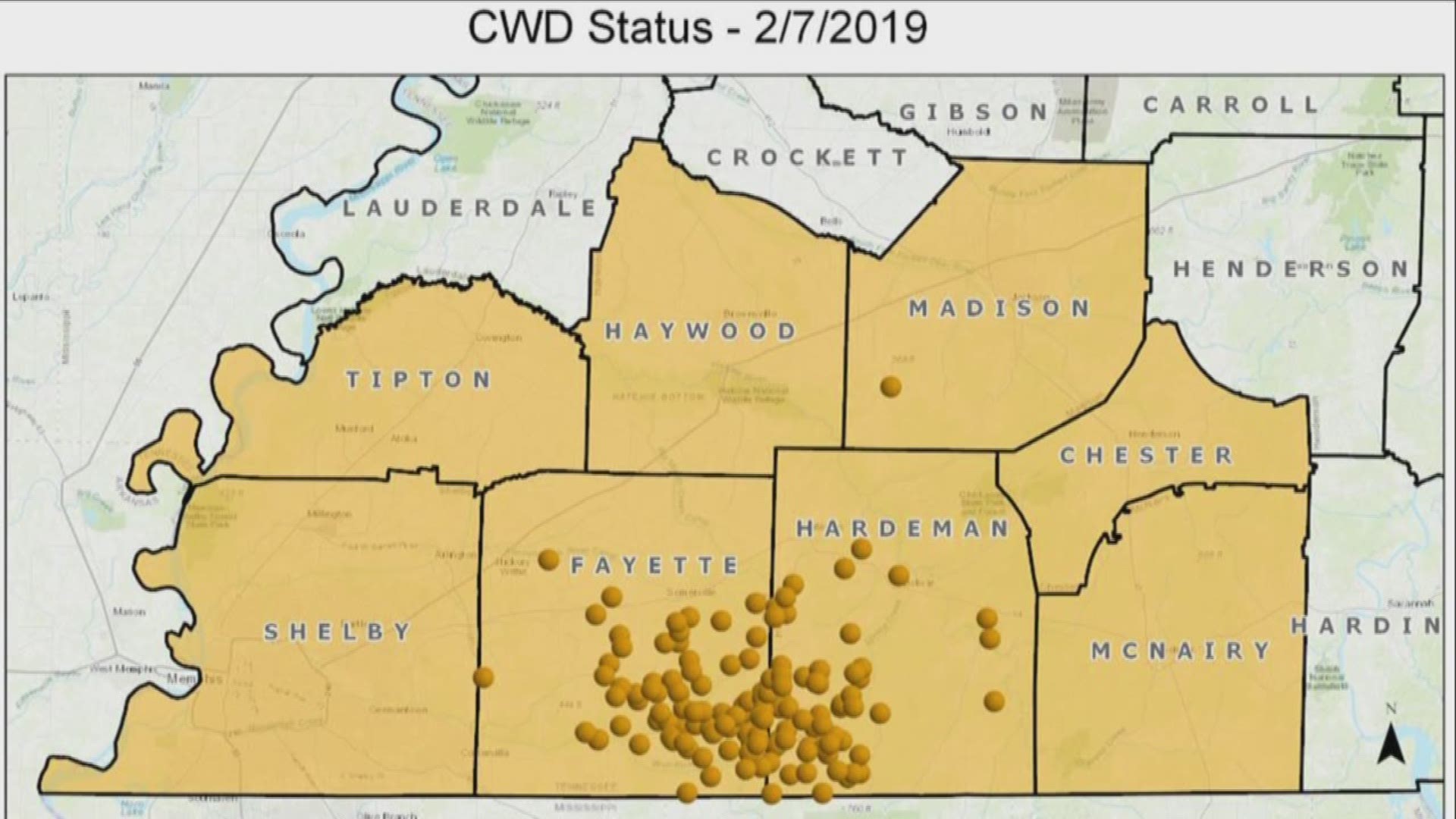 NASHVILLE, Tenn. — The Tennessee Wildlife Resources Agency said it has expanded the deer Chronic Wasting Disease management zone in West Tennessee after a successful sampling identified where the disease is centered at.

Chronic Wasting Disease, which affects the central nervous system of deer, elk and other cervids, leads to death in every animal infected.

The agency said its initial response efforts to curb the spread of the disease were successful after they were able to sample 2,700 deer, with 99 testing positive in Fayette County, another 69 testing positve in Hardeman County, and one in Madison County.

“Thanks to the cooperation of hunters and efforts by Agency staff, we exceeded our sampling goals for the CWD Management Zone,” said Chuck Yoest, CWD Coordinator. “The information gathered from these efforts is critical to developing a successful long-term CWD management plan.”

The CWD management zone has now been expanded out to surrounding counties to prevent further spread to other deer, which now includes Chester, Fayette, Hardeman, Haywood, Madison, McNairy, Shelby and Tipton County.

Statewide, the TWRA said it took samples from 5,400 deer during the 2018-19 hunting seasons. All deer that tested positive were located in West Tennessee in Fayette, Hardeman and Madison counties.

The TWRA said it expects to receive results from remaining samples later in February. Once those are received and analyzed, the state will develop a long-term CWD management plan.

A commission also created a new deer hunting season for the counties in the CWD management zone. An archery/muzzleloader/gun deer season was established there for Jan. 7-31, 2019. The bag limit for the season is one antlered deer and is unlimited for antlerless deer.

The idea behind the extra hunting season is to reduce the number of deer in the infected area, in hopes of halting the spread of the disease from one deer to another.

In addition, starting on Dec. 29, 2018, all hunters harvesting deer on weekends (Saturday-Sunday) in the CWD management zone are required to check the deer in at a physical check station. The TWRA will publish the locations of these stations on its website.

While CWD is not known to pose a risk to humans or livestock, it is not recommended that people eat deer that test positive for CWD. However, the TWRA says the disease's arrival in Tennessee would inevitably lead to deadly results with deer populations if it were to spread -- likely bringing significant economic losses and impact hunters across the state.