More than 1,200 people have signed a petition by a fisheries student at the University of Tennessee asking for limits on tubing companies in Townsend. 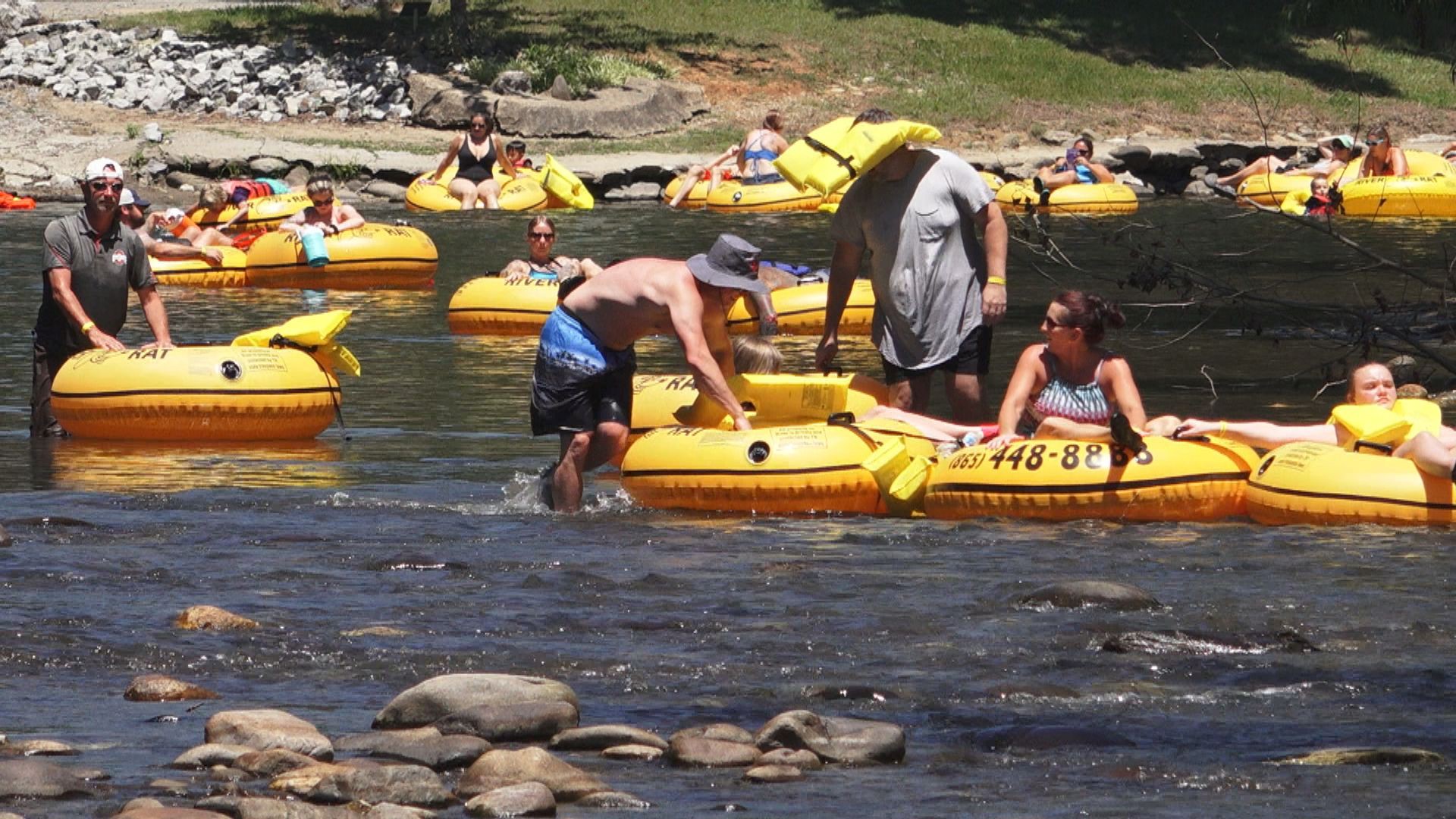 TOWNSEND, Tenn. — More than 1,200 people have signed a petition by a wildlife and fisheries management major at the University of Tennessee asking for limits on tubing companies in Townsend.

"I grew up here visiting my grandparents. I've spent a lot of time here. This place is special to me," said Lexi Emrey as she stood on the banks of the Little River in Townsend.  "I'm not against tubing. I am pro responsible use."

Emrey said on the surface, the sea of tubers floating down the Little River treat the water like an amusement park instead of a pristine environment.

"Just the sheer volume of people, I feel like that unsustainable for this river.  Seeing all of these tubers, it makes me feel that people see this as 'Splash Country' or something similar. They don't really understand that other things live here, too," said Emrey.

Credit: WBIR
A steady stream of tubers flows down the Little River in Townsend.

Other things that rely on the river for a rare habitat including species such as the eastern hellbender salamander.  The species struggles to survive as thousands of people stomp through the river, kick up silt, and move rocks.

"The actual tubing on top of a deep enough river is not a problem. As long as you're in the tube, it is okay. But anyone who has been here knows this river gets very low. When this river gets really low, people have to get out and walk. They shift the rocks and disturb the ecosystem. Hundreds of people every day in the summer disturb this ecosystem. Along with the damage from walking through the river, you have people who enjoy stacking rocks. People enjoy building dams. They don't understand the impact it has when you move rocks," said Emrey.

Emrey said she has received some response since posting her initial petition asking the U.S. Army Corps of Engineers to change the navigable status of the Little River that allows unlimited recreational use. She said the idea was a starting point and she is open to discussion to find the best solution.

Credit: WBIR
A tuber sits in a shallow section of the Little River and flips large rocks. Experts say this harms the ecosystem and habitat for rare species.

"I feel like people are making a lot of money sending tubers on this river. I feel like they should have to be responsible to ensure those people are not damaging a public resource. One idea is to limit the number of customers per day you allow in the river. Ideally, I would like to work with the businesses and work with conservation groups to find a plan that can work for everyone," said Emrey.  "The water quality is impacted by having this many people in the river every day. For several miles, there is a visible difference in the clarity of this river in the winter compared to the summer."

Until she can find a long-term solution, Emrey said the least that should be done is telling customers not to disturb the river bottom.

Credit: WBIR
A mass of tubers float on the Little River beneath a swinging bridge in Townsend.

WBIR 10News left messages with three tubing companies in Townsend for their perspectives but did not receive a response.