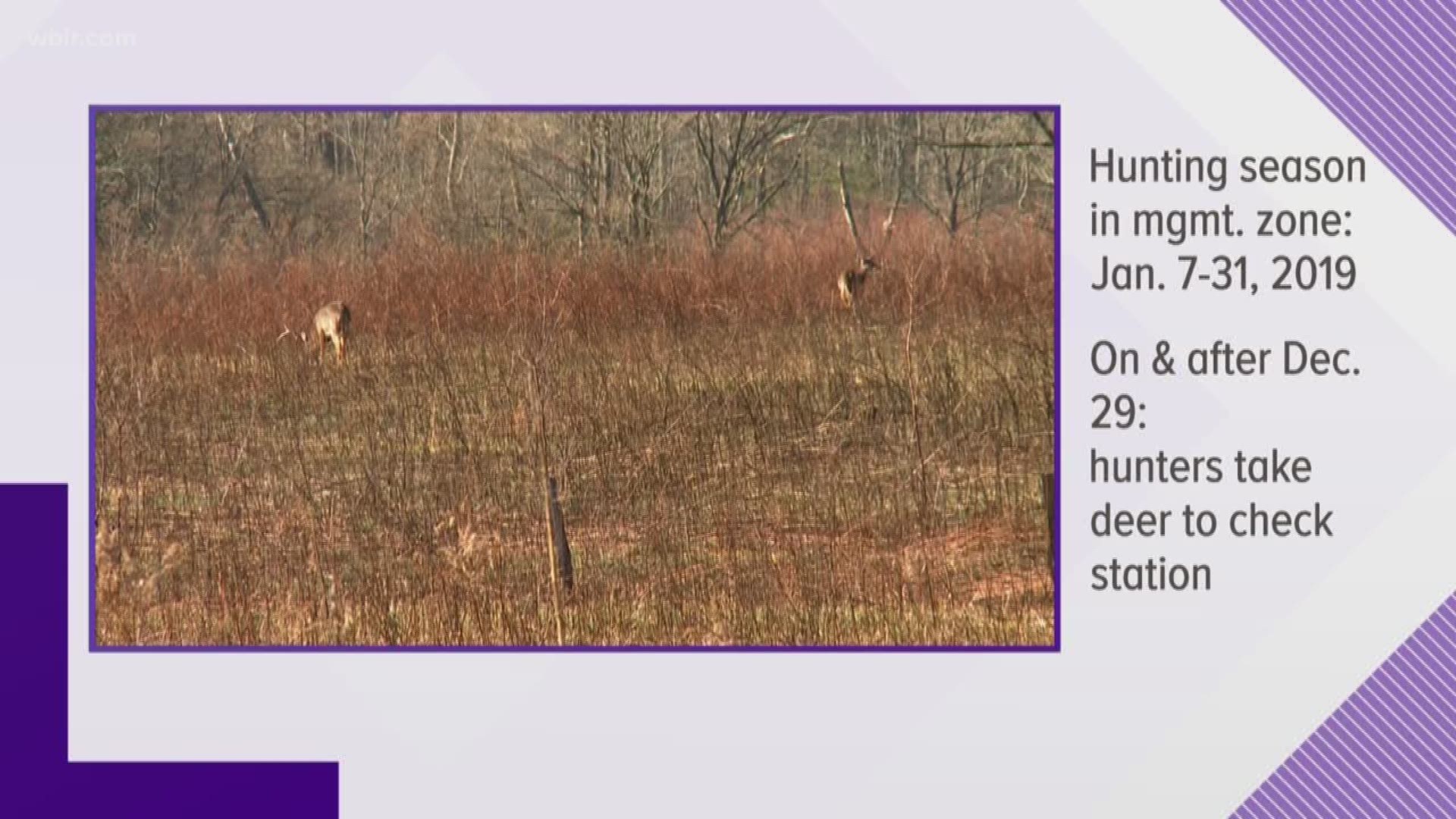 The TWRA said three white-tailed deer in Hardeman County and seven in Fayette County tested positive for the disease in preliminary tests. Those tests have now been confirmed, and three other deer have tested preliminarily positive this week from the same counties.

At a special called meeting on Thursday, The Tennessee Fish and Wildlife Commission voted to establish a CWD management zone which currently includes Fayette, Hardeman, and McNairy counties.

The commission also created a new deer hunting season for the counties in the CWD management zone. An archery/muzzleloader/gun deer season was established there for Jan. 7-31, 2019. The bag limit for the season is one antlered deer and is unlimited for antlerless deer.

The idea behind the extra hunting season is to reduce the number of deer in the infected area, in hopes of halting the spread of the disease from one deer to another.

In addition, starting on Dec. 29, 2018, all hunters harvesting deer on weekends (Saturday-Sunday) in the CWD management zone are required to check the deer in at a physical check station. The TWRA will publish the locations of these stations on its website

Officials will be conducting more tests to verify CWD's presence in other Tennessee deer and are trying to contact the hunters who harvested the deer.

While CWD is not known to pose a risk to humans or livestock, it is not recommended that people eat deer that test positive for CWD. However, the TWRA says the disease's arrival in Tennessee would inevitably lead to deadly results with deer populations if it were to spread -- likely bringing significant economic losses and impact hunters across the state.

To deal with the threat, the TWRA is encouraging hunters harvesting deer in those areas to submit them for testing.

“Hunters are our biggest ally in managing chronic wasting disease in Tennessee if it is confirmed here,” said Dr. Dan Grove, Wildlife Veterinarian, University of Tennessee Extension. “Besides submitting deer from the to-be-defined CWD Zone, the most important thing everyone needs to do is follow the regulations for moving harvested deer."

The TWRA has more resources on CWD here.