The TWRA said hunters are their greatest allies in the fight to prevent Chronic Wasting Disease from spreading further in the state. 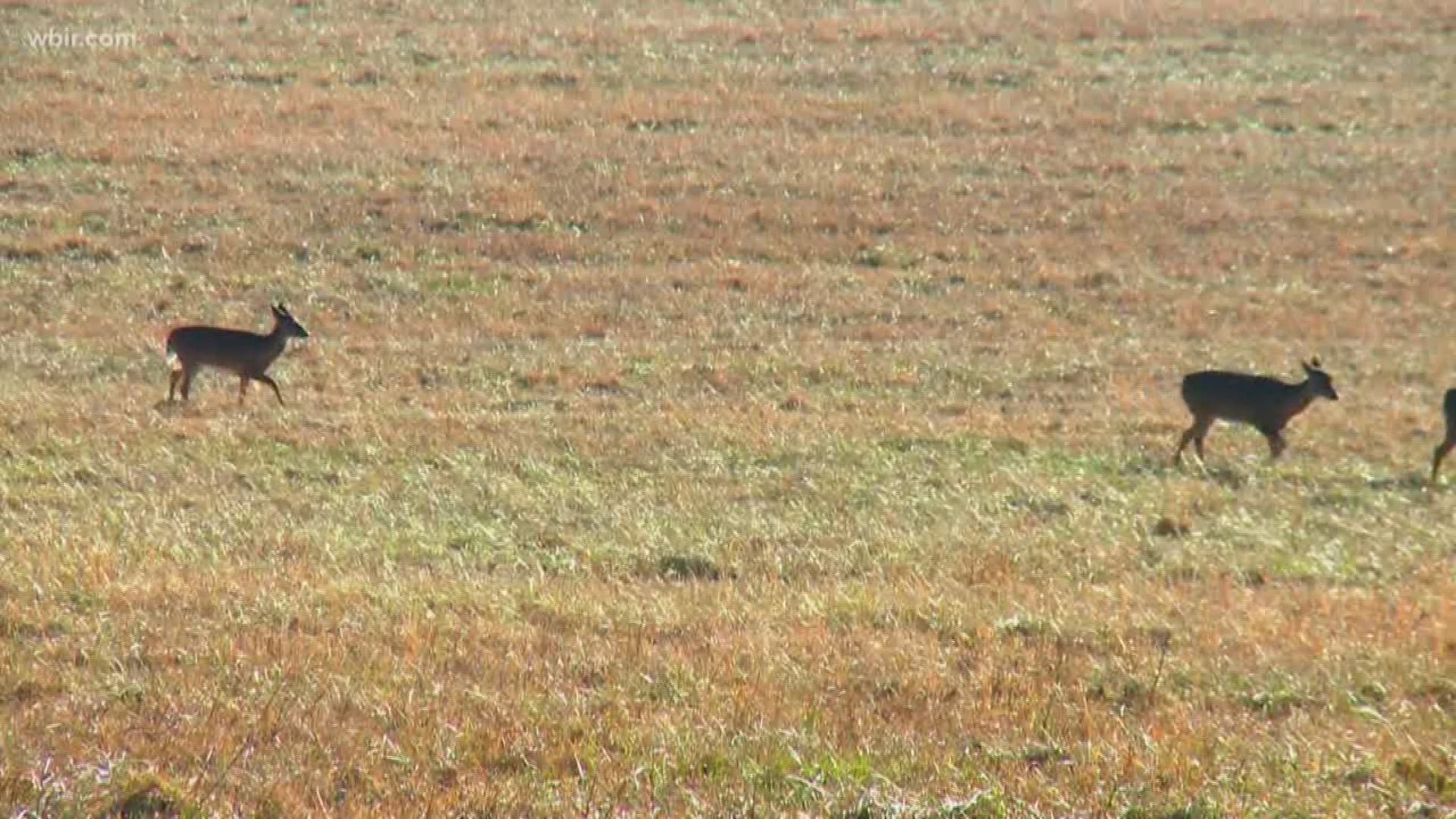 Tennessee Wildlife officials have implemented new measures and are spreading the word about Chronic Wasting Disease ahead of deer hunting season to prevent the disease from spreading further into the state.

The disease was confirmed to have spread to Tennessee for the first time last year. After screening more than 3,100 hunter-harvested deer between Nov. 2018 and Jan. 2019 in West Tennessee, the TWRA found 185 carcasses had tested positive for CWD in Fayette, Hardeman, and Madison counties.

The TWRA will be doing more testing in the 2019-2020 season to fully understand the distribution and impact of the disease in the state.

The TWRA said there are no known management strategies to lessen the risk of indirect transmission of the disease once the environment has been contaminated, saying that alone makes the eradication of CWD very difficult -- if not impossible.

Because of the threat, the TWRA has implemented CWD response protocols to slow and prevent its spread.

The most major change has been establishing a distinct CWD hunting zone in Southwest Tennessee that has special rules.

In that zone, there is a mandatory physical CWD check for all deer harvested in those counties on Nov. 2-3 or Nov. 9-10, except for Fayette and Hardeman. Those two counties have voluntary check stations available between Nov. 2 and Nov. 9.

The TWRA is warning there is also an import ban on deer carcasses. It is illegal in Tennessee and Alabama to import whole deer carcasses and certain body parts of any deer species into the states.

Under the ban, no person can import, transport, or posses a deer carcass harvested outside either state without properly processing it before taking it home.

Anyone that sees deer or elk that look sick, act strangely, or are found dead in the wild are asked to avoid shooting or handling them and report it to their regional office.

“Our greatest allies in the fight against CWD are hunters,” said Chuck Yoest, CWD coordinator for TWRA. “With hunters’ assistance we can help keep CWD from spreading, keep the number of diseased deer to a minimum, and reduce disease rates where possible.”

The University of Tennessee also announced it will be working with the TWRA to hold a CWD workshop on Tuesday, Aug. 27 in Chester County.

The workshop will be held at Henderson City Hall at 7 p.m. CDT. The workshop will go over over new information on hunting regulations for the eight West Tennessee counties where CWD has either been identified or at high risk for spread.

“CWD is a fatal disease primarily affecting members of the cervid family that includes white-tailed deer, elk, mule deer, moose, and others,” said Dan Grove, wildlife veterinarian with UT Extension. “We are concerned about the impacts the disease will have on the deer herd in southwest Tennessee and the impacts on hunters and people living in the affected area. We want to offer an opportunity to learn more about the disease and the new hunting regulations, which may impact people living and hunting in affected counties. We also want to share what people can do to help TWRA with disease management.”

You can learn more about CWD in Tennessee and find resources on the TWRA's website.