The TVA said it will temporarily take over maintenance of the site as the county raises contamination concerns from the 2008 coal ash spill. 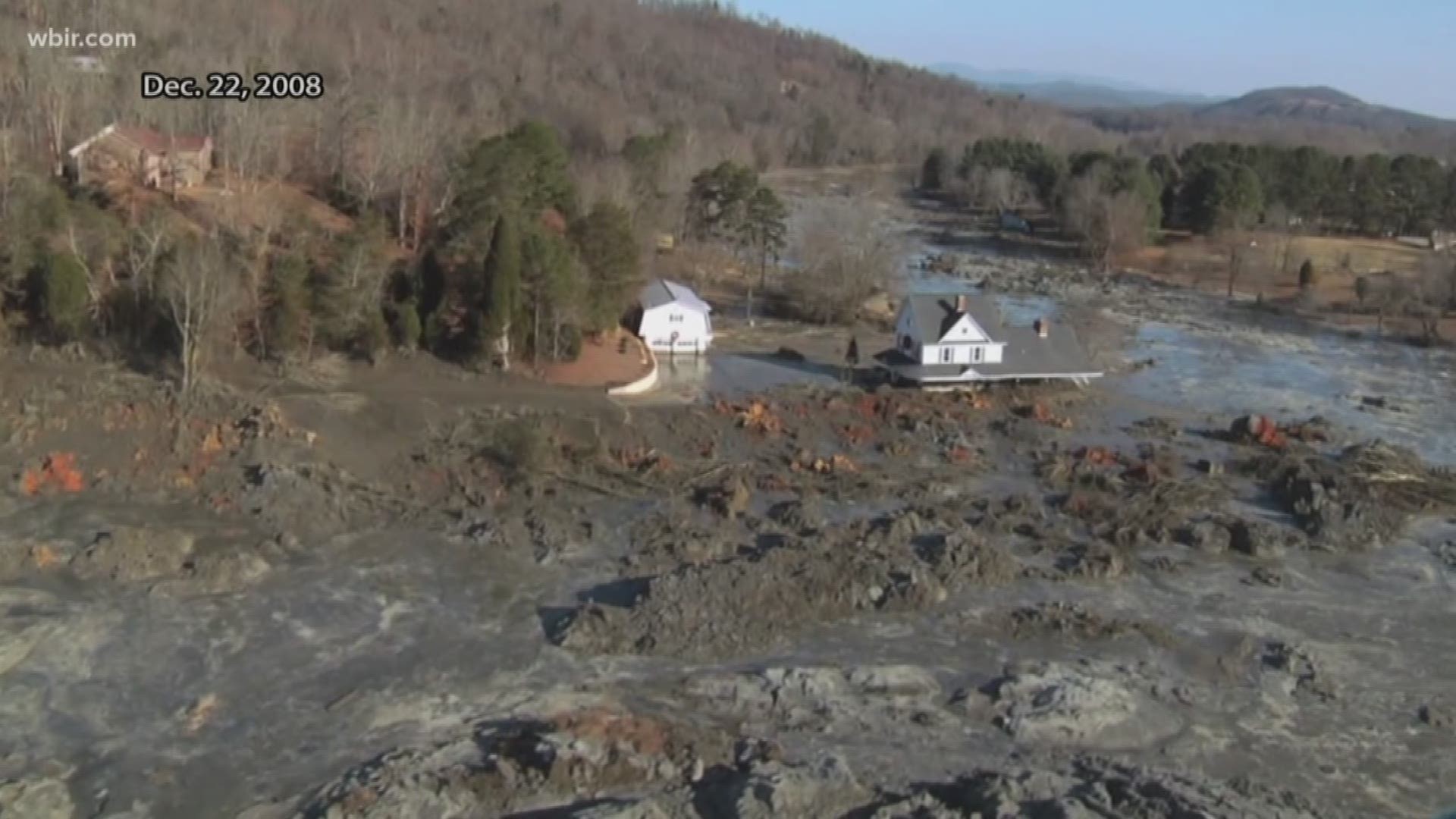 ROANE COUNTY, Tenn. — The Tennessee Valley Authority said Wednesday it will take over temporary control of maintenance at the Swan Pond Sports Complex, part of the Swan Pond property affected by the devastating 2008 coal ash spill that continues to impact Roane County.

Roane County officials have raised concerns over whether the ground at the site is contaminated, claiming the utility giant has been covering up the dangers of the coal ash spill since the 2008 disaster.

The county and cities of Harriman and Kingston have taken these concerns to court, suing TVA and cleanup firm Jacobs Engineering back in May.

Now, the TVA says it is taking control of maintenance on the Swan Pond complex site, saying it provided it to Roane County for development of a sports center under a license agreement.

"The complex is currently not being maintained, and is reaching a state where it will become increasingly difficult to return the complex to its original condition without significant time and expense," the TVA said in a release. "This is especially true for the turf on the athletic fields."

The TVA said it will temporarily take over maintenance of the site to "preserve it for the purpose it was intended," saying it is "comfortable" doing so based on the "the results of our testing."

The TVA said once Roane County receives the results of its testing from the Tennessee Department of Energy and Conservation, they anticipate the county will resume maintenance and use the site for public recreation.

Residents in the Swan Pond community suffered in particular from the deluge of liquid coal ash that consumed the area in December 2008.

The case is now in mediation between the former workers and Jacobs. TVA is not a defendant in that lawsuit.

They say legacy hazardous materials left over from the burning of coal at the power plant continue to threaten the environment, "leaching" into the area's water supply.

"Due to (TVA's and Jacobs') actions...the entire Roane County community was harmed beyond what would have occurred if a competent and responsible remediator was performing the tasks required with integrity and efficiency, and without the callous and negligent, if not reckless, malicious or intentional disregard for human health and life employed by the defendants," the lawsuit filed in May states.

They seek restitution and damages at trial, alleging the clean-up was botched.