The Adam Brown Social Media Command Center found that people had fewer negative sentiments during the final presidential debate, compared to the last one. 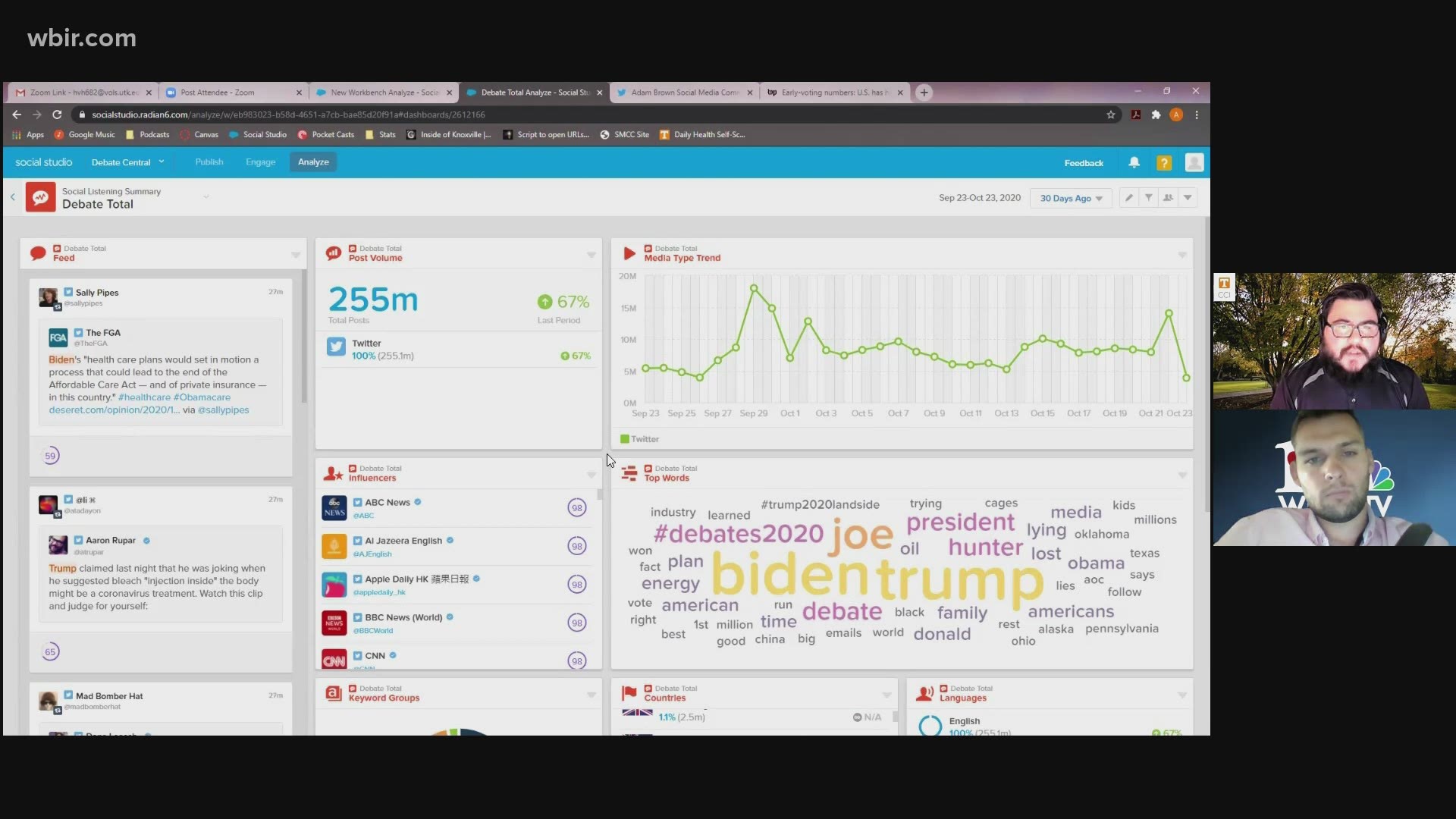 President Donald Trump and Democratic candidate Joe Biden discussed issues such as the COVID-19 pandemic and climate change during the debate. There were fewer interruptions, and both complimented Kristen Welker, the moderator of the debate.

China and COVID-19 were the most discussed topics during the debate, with 212,000 posts each. Following them were discussions about health care, Russia and economic policies. Around 31,000 posts were also made about Joe Biden's "malarkey" statement, according to researchers.

Posts including the word "racist" also topped 163,000, according to researchers. Around 60,000 posts were also made about Abraham Lincoln, researchers said. Most of the posts were made by people 25-34 years old, officials said.

They said around 5 million tweets were posted about the debate, around a third of the number of the last presidential debate. Most were made by people 25-34 years old.

The debate was hosted at Belmont University in Nashville, which may have contributed to a rise in mentions of Tennessee. More than 60,000 posts were made about the state, according to the research center, with around 75% of those posts expressing positive sentiment about the state.