While the use of electric scooters has boomed in the U.S. research on their safety has been scarce. The University of Tennessee is working to change that. 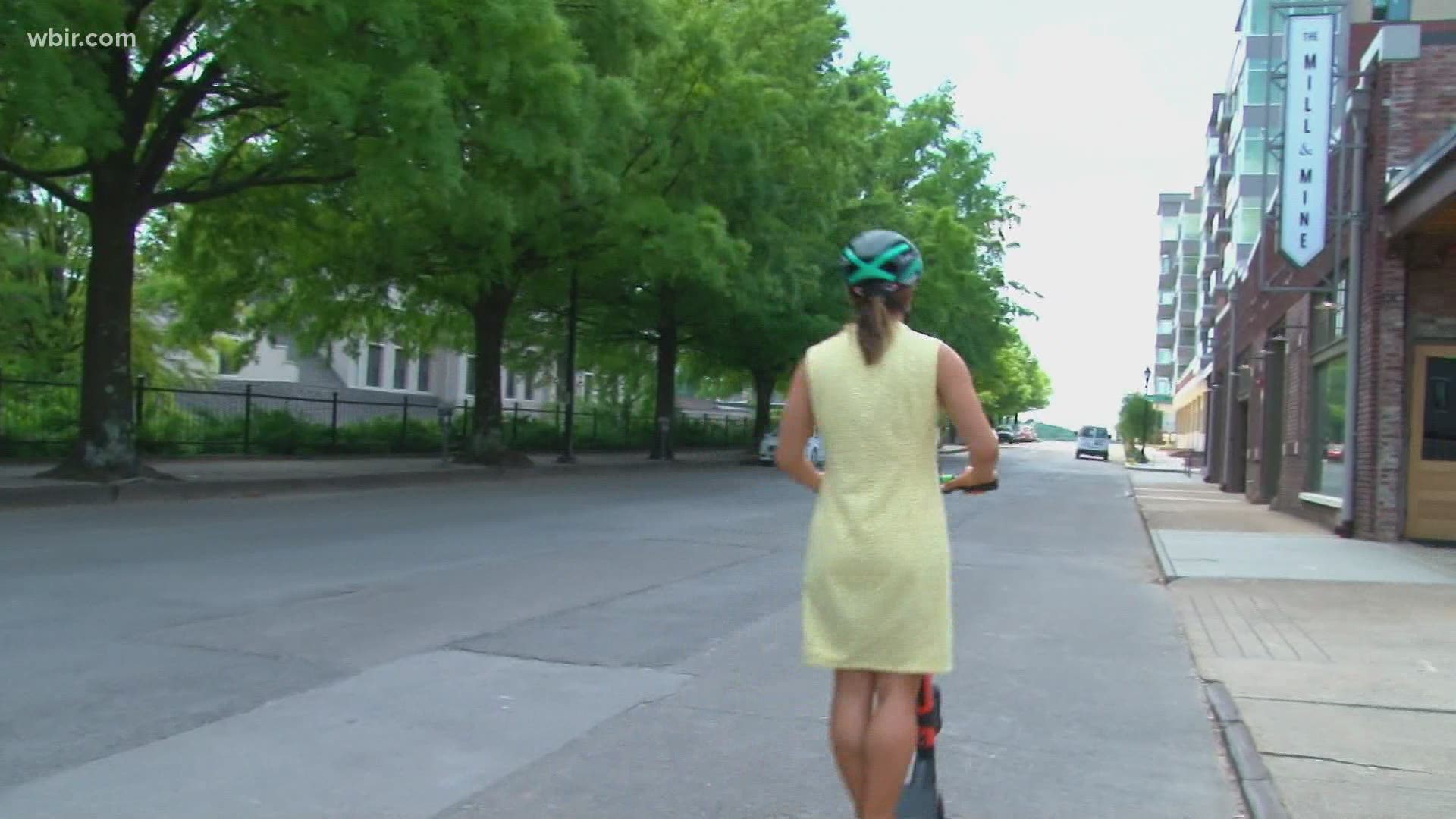 KNOXVILLE, Tenn. — For many people, electric scooters seem to be everywhere. They can be seen in clusters around downtown Knoxville and in most major cities, waiting for users to walk up and take them for a ride.

Despite the boom in their use across the U.S., officials said information on their safety has been scarce. A professor and graduate student at the University of Tennessee conducted a study to collect data that can be used to inform policymakers' long-term decisions.

Professor Chris Cherry and graduate student Nitesh Shah in the Tickle College of Engineering found that most scooter crashes happened when riders were coming off sidewalks into driveways and crosswalks. They also found that most riders involved in accidents were locals, while most car drivers lived outside the city center.

“We found that intersections are so important to transportation design, and scooter riders on sidewalks are a really important factor to consider," said Shah.

The study examined 131 police reports of crashes in Nashville between April 2018 and April 2020. They said that 52 reports involved e-scooters and cars, and the other 79 involved bicycles and cars. Researchers focused on crashes involving cars because they account for 80% of e-scooter rider fatalities.

Despite the study's focus on Nashville, an entertainment hub, they found that alcohol was not a factor and that most accidents occurred during the daytime.

They also found one in five drivers flee the scene of the crash.

Researchers said that the study's results suggest that policymakers should not take a generalized approach for e-scooter and bicycle safety policies. They said policies can be more effective with specific targeting.

The study was funded by the Collaborative Sciences Center for Road Safety. Their findings were published in the Journal of Safety Research.

In 2019, 86 million trips were made on shared e-scooters, according to a release. They said it was a 100% percent increase from the year before.