The Attorneys General claim that Google works to discourage or prevent competition, which they say is a violation of federal and state antitrust laws. 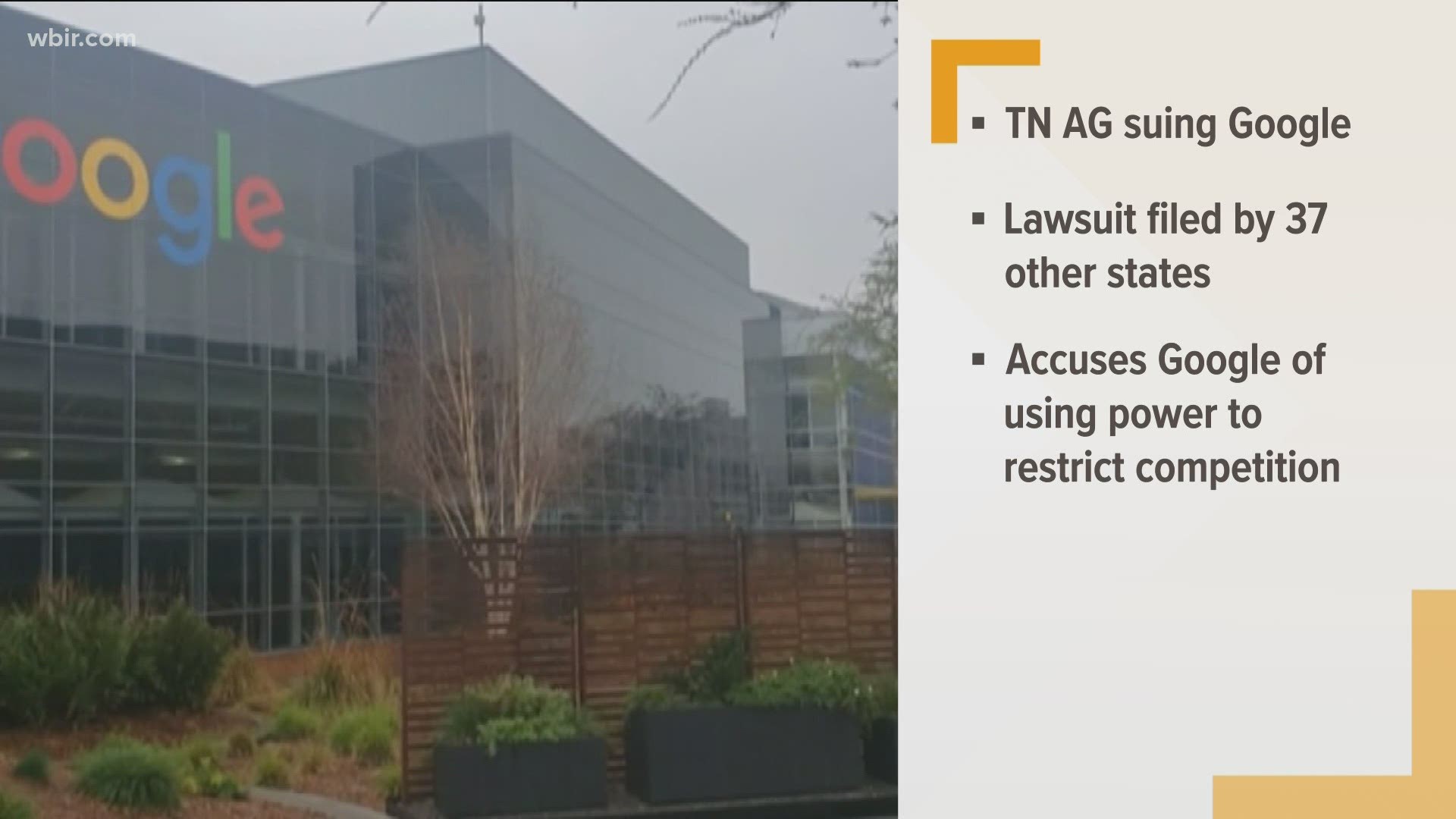 TENNESSEE, USA — Dozens of states are taking aim at Google in an escalating legal offensive on Big Tech.

This time, attorneys general for 36 states and the District of Columbia have filed a lawsuit targeting Google's Play store, where consumers download apps designed for the Android software that powers most of the world's smartphones.

Attorney General Herbert H. Slatery III is jumping onto a lawsuit as well.

The suit claims that Google uses illegal, anticompetitive, and unfair business practices. Slatery is accusing Google of using its power to restrict competition with the Google Play Store which is, in turn, causing harm to consumers by limiting their choices. Slatery also claims that is driving up app prices.

“Google’s ‘play’ was the long game-enticing manufacturers and operators to adopt Android by promising to remain open,” General Slatery said. “Now that digital doorway is closed- if you want in, you’ve got to do it Google’s way. You essentially have to use its app store, use its payment processing system, and pay its unreasonable commissions for digital purchases. All of this harms consumers, limits competition, and reduces innovation. Tennessee and 36 other states are no longer on the sidelines.”

The Attorneys General claim that Google works to discourage or prevent competition, which they say is a violation of federal and state antitrust laws. They also allege: