According to Lenoir City Administrator Amber Scott, TDOT has informed the city that the new completion date is set for the fall of 2019. 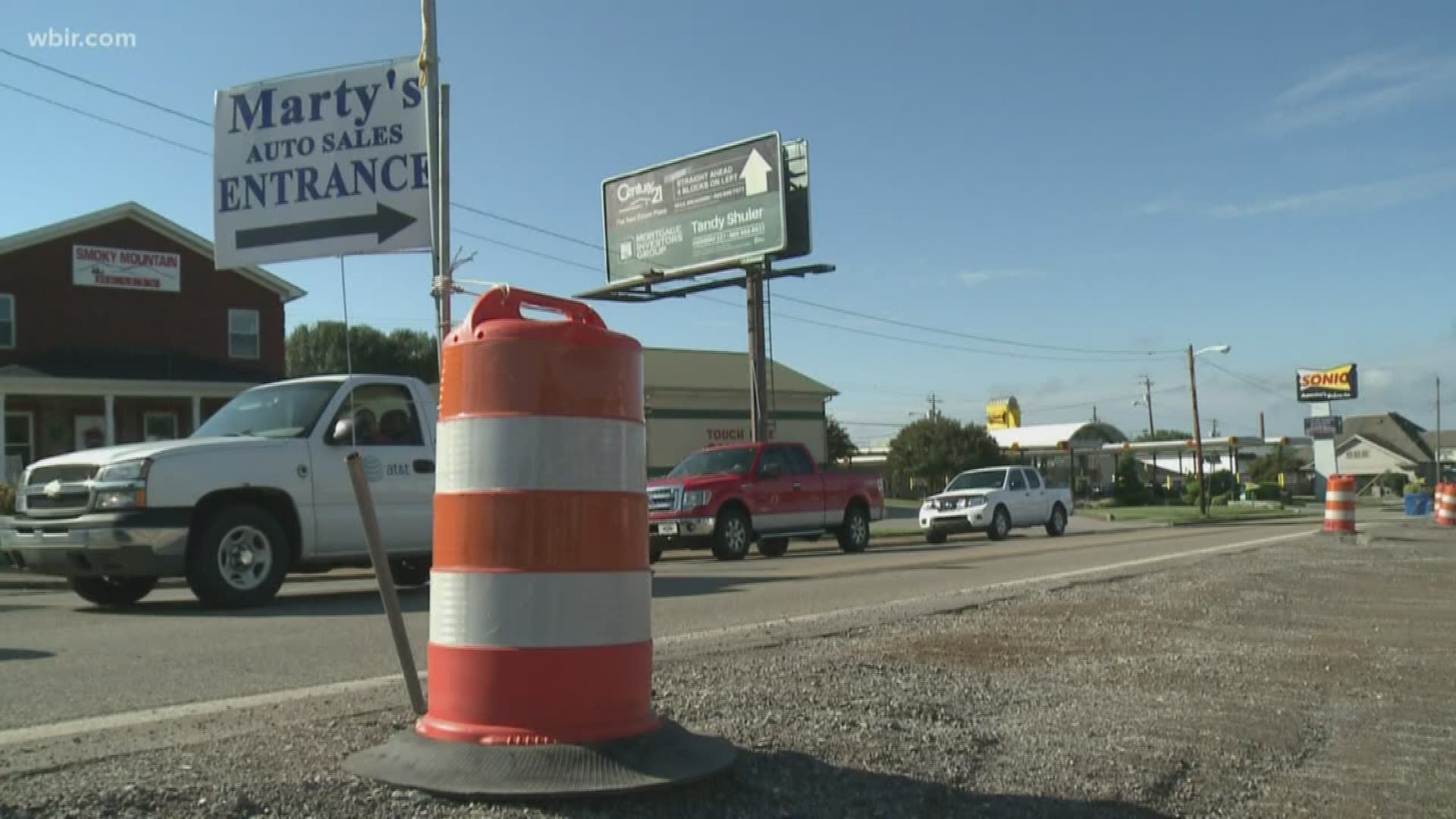 It's a two-mile construction project that is hard to miss on Highway 321 from Highway 11 to Simpson Road.

10News has received several emails about the project, including one from viewer Carolyn Blind.

It says in part, "This construction project has been going on for years. It's a nightmare. The original completion date was August 2019, but we doubt that it will be completed by then because it's July, and we see no one working on it."

It’s an extremely busy intersection, due to construction and just regular traffic flow. According to TDOT, more than 36,000 cars drive the route every day.

Work on the ground started in 2017. The project is supposed to widen the intersection from two lanes to three. For months, it’s taken a toll on businesses in the area.

Scott said TDOT has informed Lenoir City that the new completion date is set for the fall of 2019.

Scott believes one delay was due to the contractor waiting on AT&T to start working in the area before construction continued.

A statement from TDOT confirmed that that was part of the slow-down.

"AT&T crews started placing fiber optic lines as of July 17," the statement read in part. "Once the new optic lines are active, the old ones can be removed and grading operations can continue."

Crews have re-opened the right turn lane traveling north on Highway 321, with the hope that that will help alleviate some of the back up at the intersection.

Do you have a road that's driving you crazy you want us to look in to? Send us an email at drivingyoucrazy@wbir.com.