Driving You Crazy: Why filled potholes keep opening up on East Tennessee roads

Chilly temperatures, snow, and whole lot of rain can affect our roadways and cause potholes to form all over. 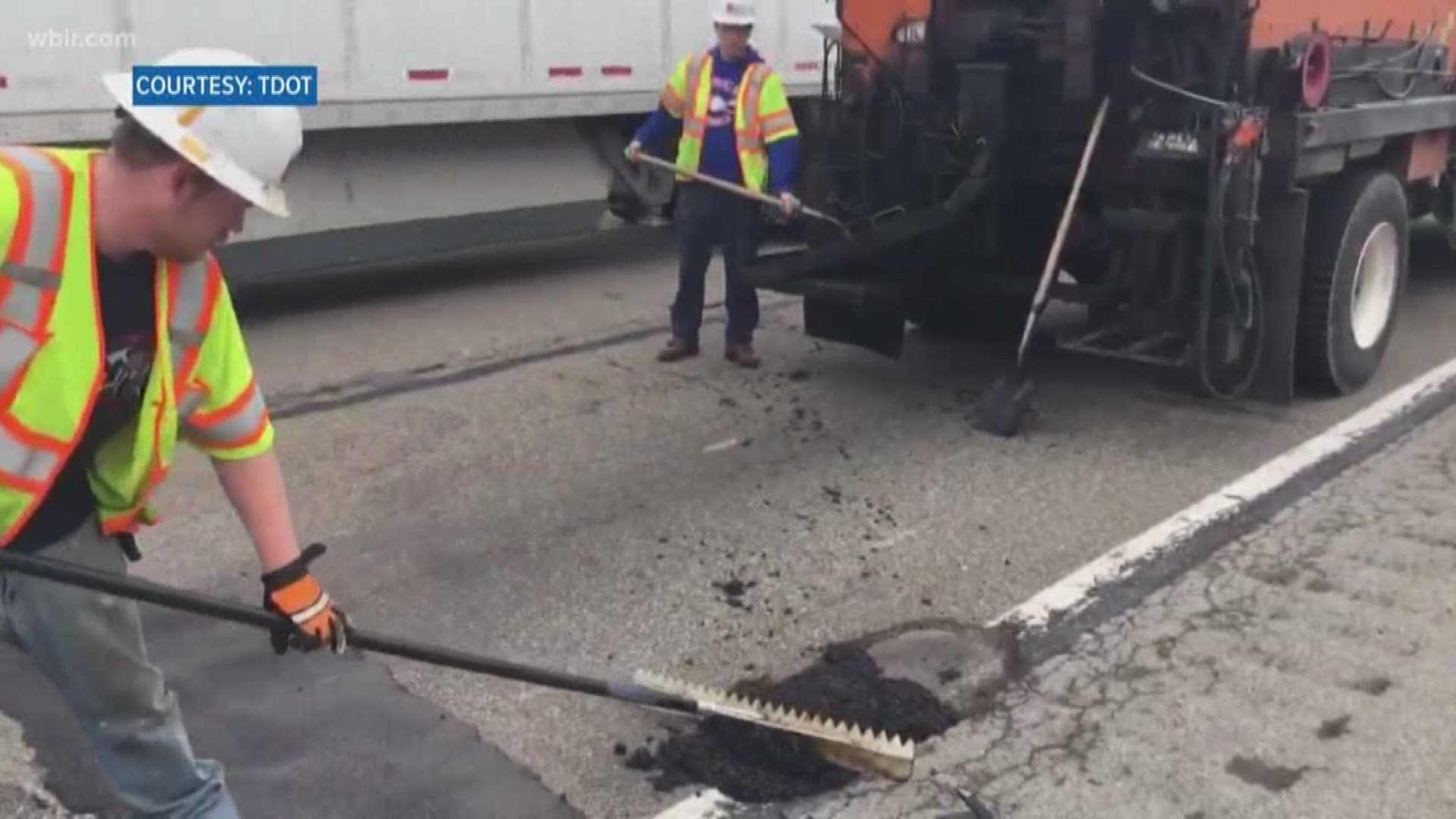 You've seen them on interstates, highways and roads all over. Those giant holes that threaten your tires and axles, lying in wait in the middle of the road, as you're making a right turn or merging lanes. Yes, we've entered what many would say is pothole season.

Part of the problem is the weather we had in 2018. Chilly temperatures, snow, and whole lot of rain can affect our roadways and cause potholes to form all over.

According to the Tennessee Valley Authority, 2018 is now the wettest year on record for the 41,000 square-mile Tennessee River Valley.

Potholes form when moisture seeps into the pavement. When that water freezes, expands and then thaws out, that weakens the pavement. Combine that with regular traffic on the road, the Tennessee Department of Transportation website says, and the pavement eventually crumbles.

Driver Sean Banks said it's a hazard for drivers.

"You feel like you're skiing because you either have to go over them perfectly or you have to get completely over in the right lane of a very busy spot in the highway," Banks said.

Mark Nagi, a spokesperson for TDOT, said crews are out every day filling potholes across the state.

But, he explained, there are several reasons why the fixes don't stick.

To replace it, crews use a material called 'cold mix' to fill the holes, which isn't always as durable.

And since we've seen a record number of rain in 2018, those wet and cold conditions can make a difference.

"When you get a lot of precipitation like we've had in East Tennessee and traffic continues to go over those potholes, a pothole that gets filled one day may open back up in a next few days," Nagi said.

So,if you notice a pothole on your commute in East Tennessee, how do you report it?