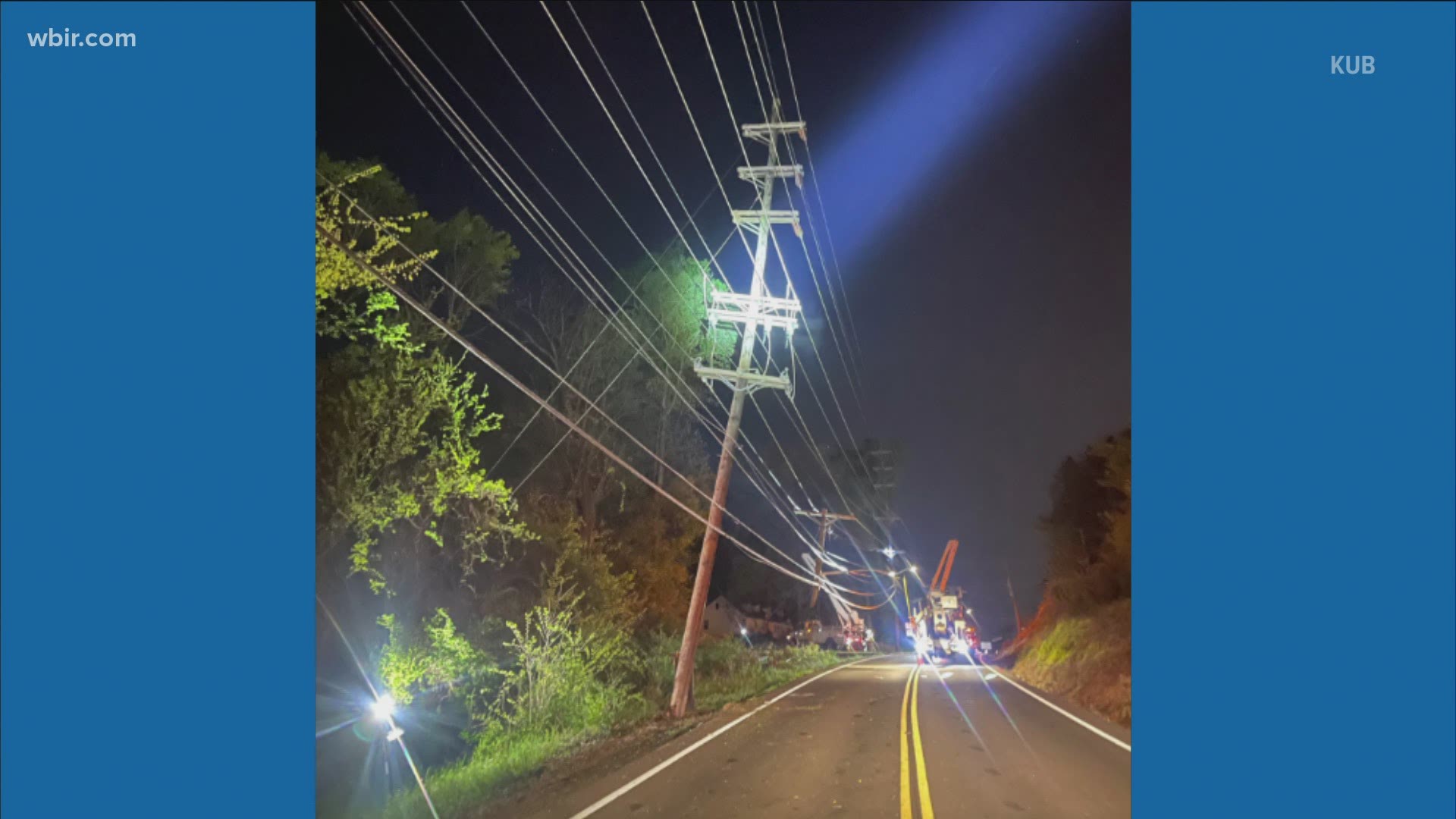 The crash happened just before 1 a.m.

The driver, identified as Nash Armstrong, 33, was pronounced dead at the scene.

KUB said there are wires across the road and it took several hours before the poles were replaced and the road reopened.

Drivers were urged to avoid the area and seek an alternate route.