Prices at the pump will fluctuate as phased reopenings progress

For the first time in 10 weeks, those prices are beginning to rise. The state average was $1.60 per gallon on Monday. 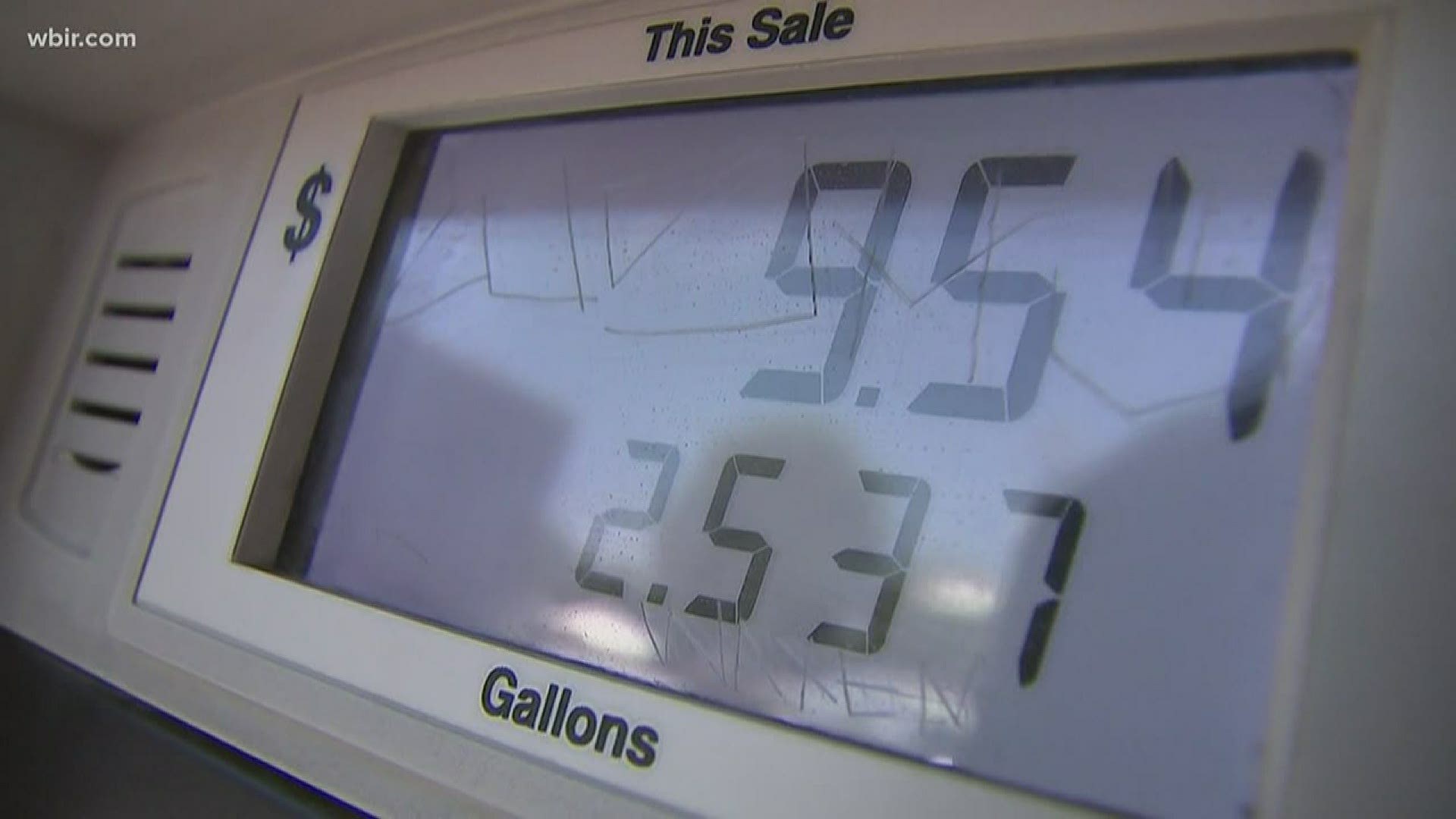 KNOXVILLE, Tennessee — The average gas price in Knoxville is $1.56 per gallon as of Monday, according to AAA. Last year at the same time is was one dollar higher at $2.55 per gallon.

For the first time in ten weeks, those prices are beginning to rise. The state average was $1.60 per gallon on Monday.

Experts said these have been some of the lowest prices we've seen in four years, but because more drivers are getting out they're rising again.

RELATED: Gas prices rise for the first time in 10 weeks

The prices at the pump won't stay that low for too much longer according to AAA spokesperson Megan Cooper.

She said  state and county wide orders kept more people at home and not on the roads, which led to low prices.

"That's led to a very healthy supply of crude oil and gasoline mixed with very low demand across the country and here in Tennessee," she said.

But since phased reopenings have begun, there have been higher prices. Prices across the state will fluctuate for weeks as people get more comfortable getting out or are returning to work.

According to AAA, $1.49 was the average price in Knoxville last month. Most recently it was $1.56. Slowly but surely climbing back up.

Cocke County is seeing the lowest in the region at $1.42 and Hancock County has the highest at $1.69.

To put it in perspective, Tennessee is the ninth lowest market in the nation for gas prices so what you're seeing at the pump is a pretty good price.

Some of the highest prices in the country are $2.76 in California and $2.45 in Washington state.

AAA said there's no need to fill up unnecessarily right now, there won't be drastic changes overnight, but expect a fluctuation as the new normal returns.