All lanes of I-75 North near Jellico in Campbell County to reopen at 2:15 p.m. after crash involving multiple semis, pickup truck

Tennessee Dept. of Transportation spokesperson Mark Nagi said all wreckage has been removed or relocated to a wide area north of the crash site and final cleaning of the roadway is underway.

The crash happened at mile 157 near Jellico. Nagi said it's about four miles from the Tennessee and Kentucky state line.

It happened at around 6:07 a.m. The roadway was completely blocked for hours after the crash happened.

Campbell County dispatch said one person was transported to the hospital via Air Evac.

Southbound traffic is affected with no delays, according to the TDOT.

PHOTOS: I-75 North blocked near Jellico in Campbell County 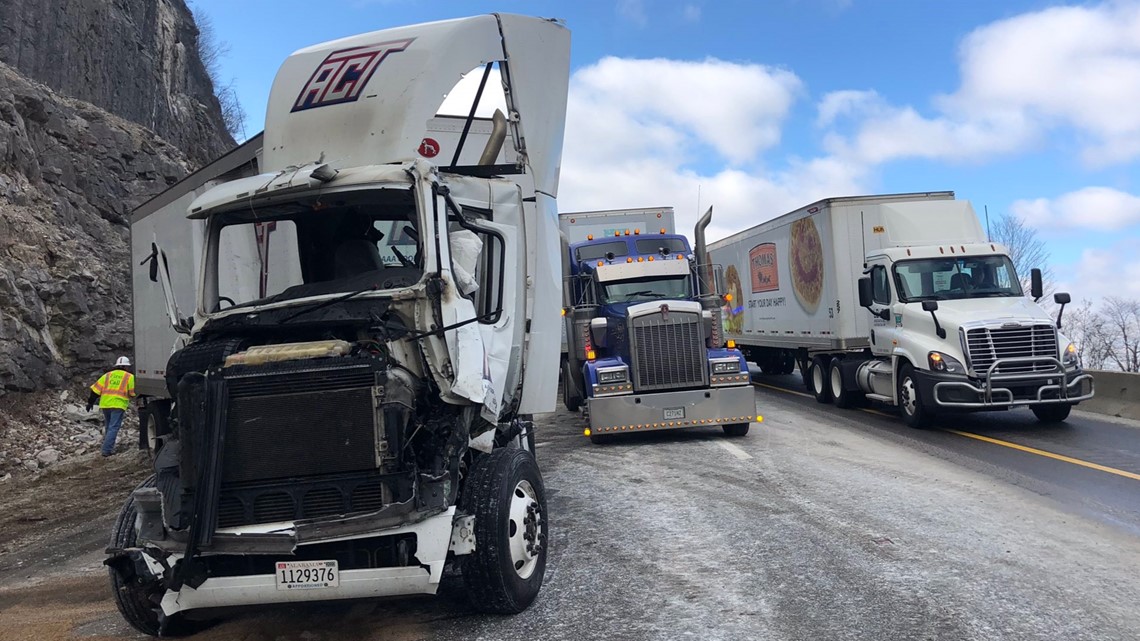