Officials said that crash was at 6020 Strawberry Plains Pike and that only one bus was involved. 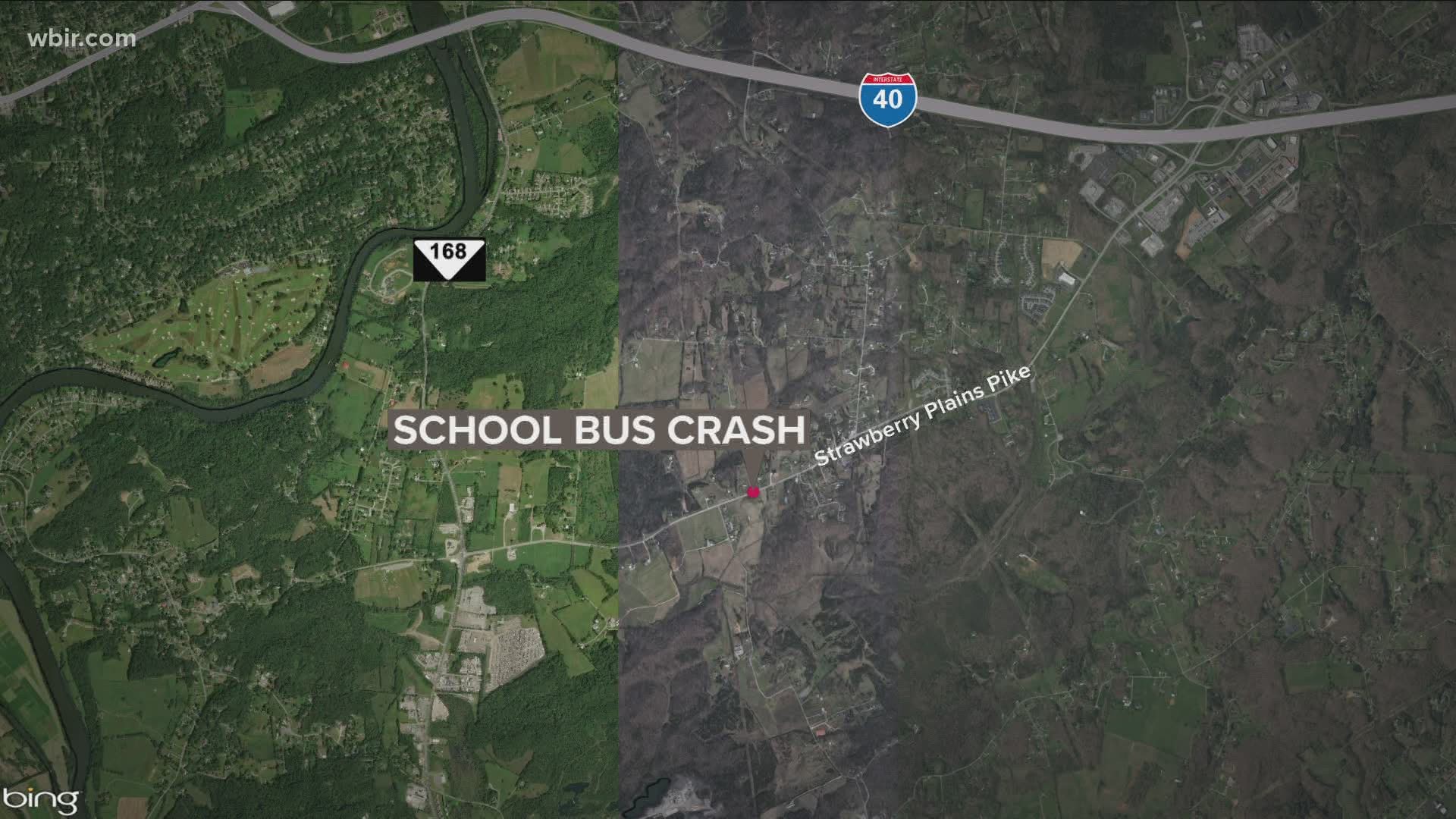 There were no injuries, according to Knox County Schools. It was carrying about 60 students on board from Carter Middle and High schools.

They said that the incident happened at 6020 Strawberry Plains Pike, near Kennedy Road, and that only one bus was involved.

No injuries were reported, according to officials.

Additional information about the cause of the crash was not immediately available. This story will be updated when more information is available.