KPD: 2 dead after motorcycle and SUV crash on Kingston Pike, no charges expected to be filed

The crash happened at the intersection of Market Place and Kingston Pike on Saturday, July 17. 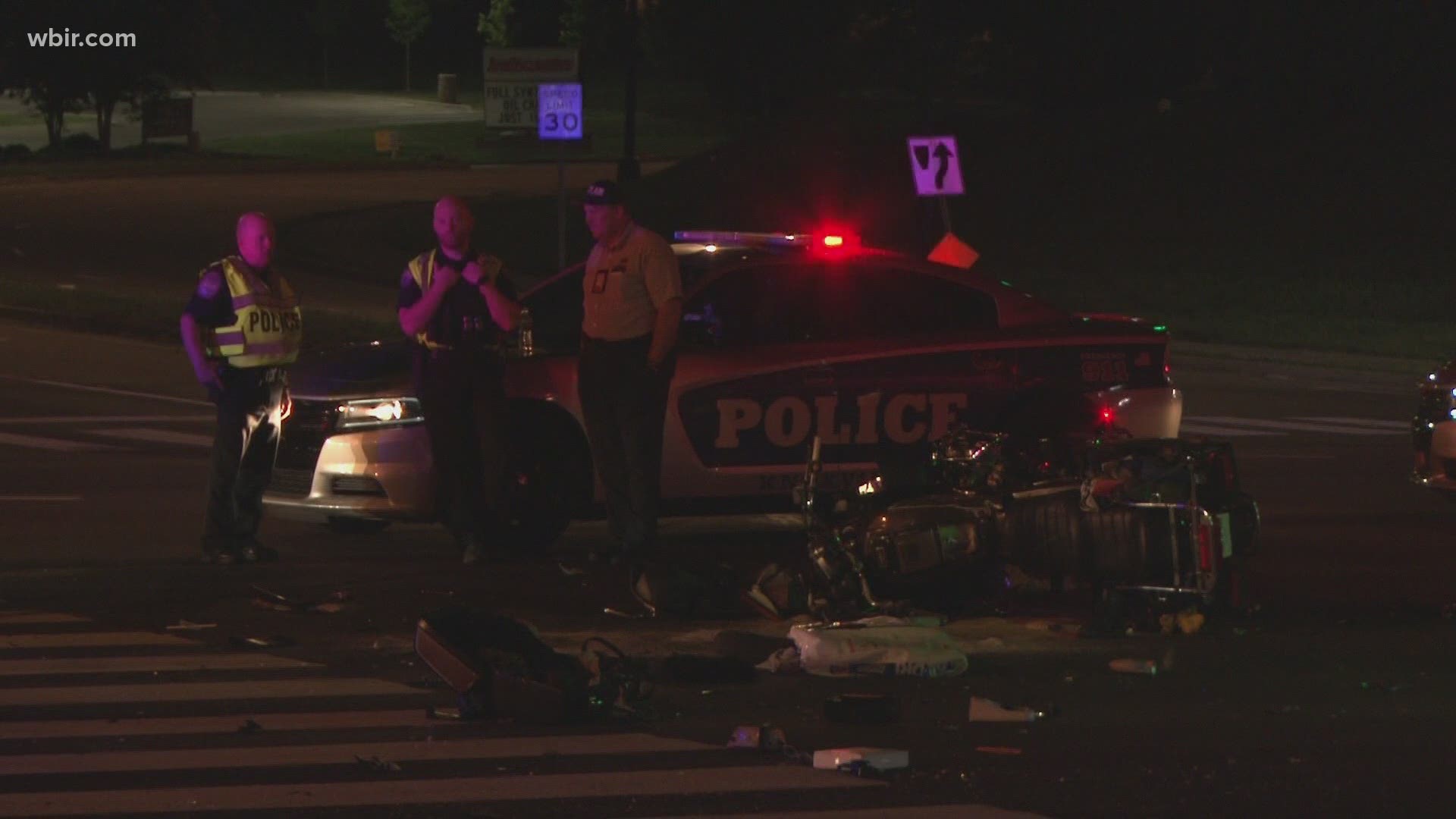 KNOXVILLE, Tenn. — Two people died after a crash involving a motorcycle and an SUV at the intersection of Kingston Pike and Market Place on Saturday night, according to the Knoxville Police Department.

KPD identified the victims as Samuel Bennett, 27, from West Virginia and Kerby Langford, 46, from Knoxville.

KPD said the motorcycle was traveling eastbound on Kingston Pike when it hit the SUV, throwing both the driver and passenger from the motorcycle.

Crash reconstruction units responded to the scene. KPD said no charges are expected to be filed in relation to the crash.

The Motorcycle Safety Foundation offers courses across the country for both inexperienced and experienced riders.