KPD: Man charged with DUI in head-on, wrong-way crash on I-275 South in Knoxville

According to KPD, two vehicles collided head-on on I-275 South near Woodland Drive/Exit 1C overnight. 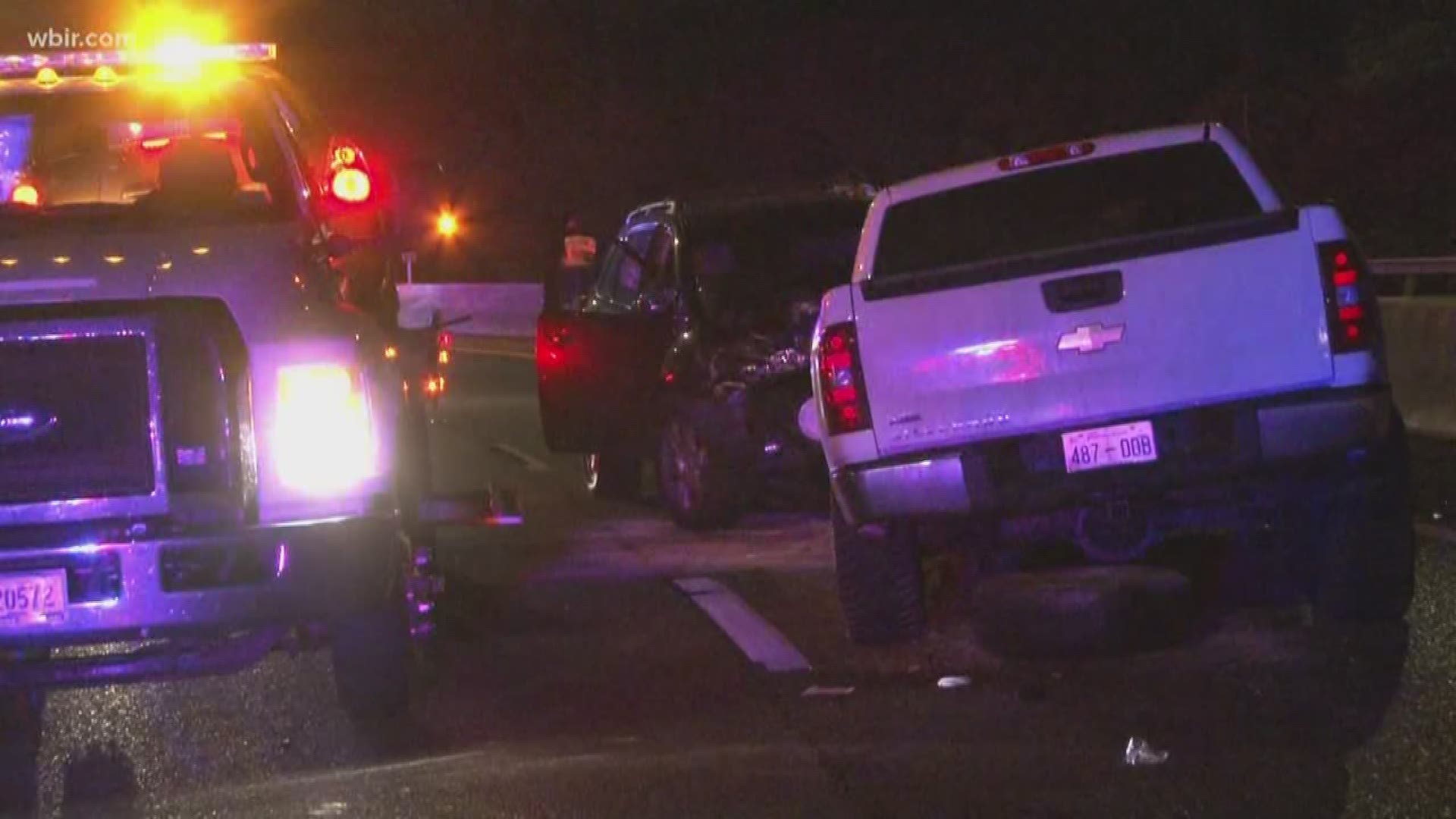 A 61-year-old man was arrested for driving under the influence after a head-on wreck involving multiple vehicles on I-275 South earlier this week.

Ronald Linginfelter faces charges for driving under the influence, reckless driving, and driving the wrong way on a one-way roadway, according to a police report.

According to Knox County 911, the call about a wrong-way driver came in around 11:55 p.m. Tuesday at I-275 South at Woodland Avenue and Exit 1C.

Knoxville police are investigating a head-on wreck involving a wrong-way driver on I-275 South that happened just before midnight.

KPD said a white Chevrolet Silverado was traveling north in the southbound lanes and then crashed into two separate vehicles.

AMR transported the driver of the Silverado and the driver of an SUV to UT Medical Center with what appears to be non life-threatening injuries, according to KPD.

KPD spokesman Scott Erland said DUI charges have been filed in connection to the crash.

Knoxville Police Department - TN
Knoxville Police Officers are currently at the scene investigating a wrong way head on collision on I-275 South near the Baxter Avenue exit. A white Chevrolet Silverado was observed traveling north...