No injuries reported after SUV flips into sinkhole in Jefferson City; US 11 E shut down

Officials said East Broadway is shut down on the westbound side. Traffic is diverted down North Chucky Pike at the Walmart red light. 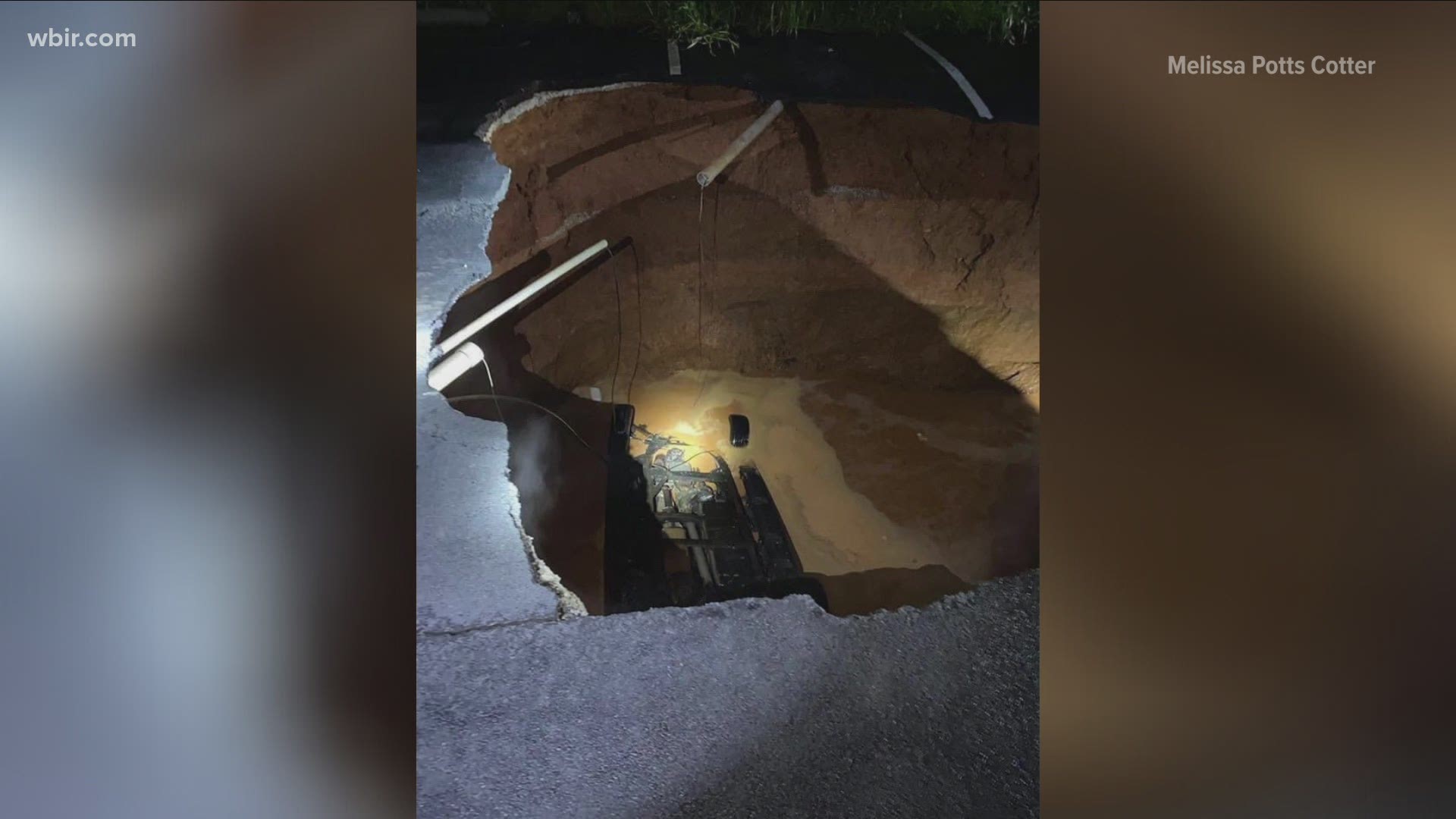 JEFFERSON CITY, Tenn. — No injuries are reported after an SUV flipped into a sinkhole on East Broadway in Jefferson City on Saturday night, EMS Supervisor Melissa Potts Cotter said.

The sinkhole started Saturday night behind the Gondolier restaurant, and the vehicle belongs to an employee and was parked there, according to Cotter.

Officials said East Broadway Blvd (US 11E) is shut down on the westbound side.

Traffic is diverted down North Chucky Pike at the red light near Walmart.

This is one of two sinkholes in the area. The other is near Mossy Creek Road, according to TDOT. It opened up around 4 p.m. on Sunday.

US 11E is closed near Mossy Creek Road in Jefferson City due to a sinkhole. Traffic diverted. pic.twitter.com/skuocGpZg2

The Jefferson City Police Department is on the scene, and public works is working with the Tennessee Department of Transportation.

Other resources have been contacted. The scene is still active at this time, according to officials.