One dead, one injured after head-on crash on Norris Freeway

Cinelli was killed in the crash and Pinion was injured with charges pending, according to THP. 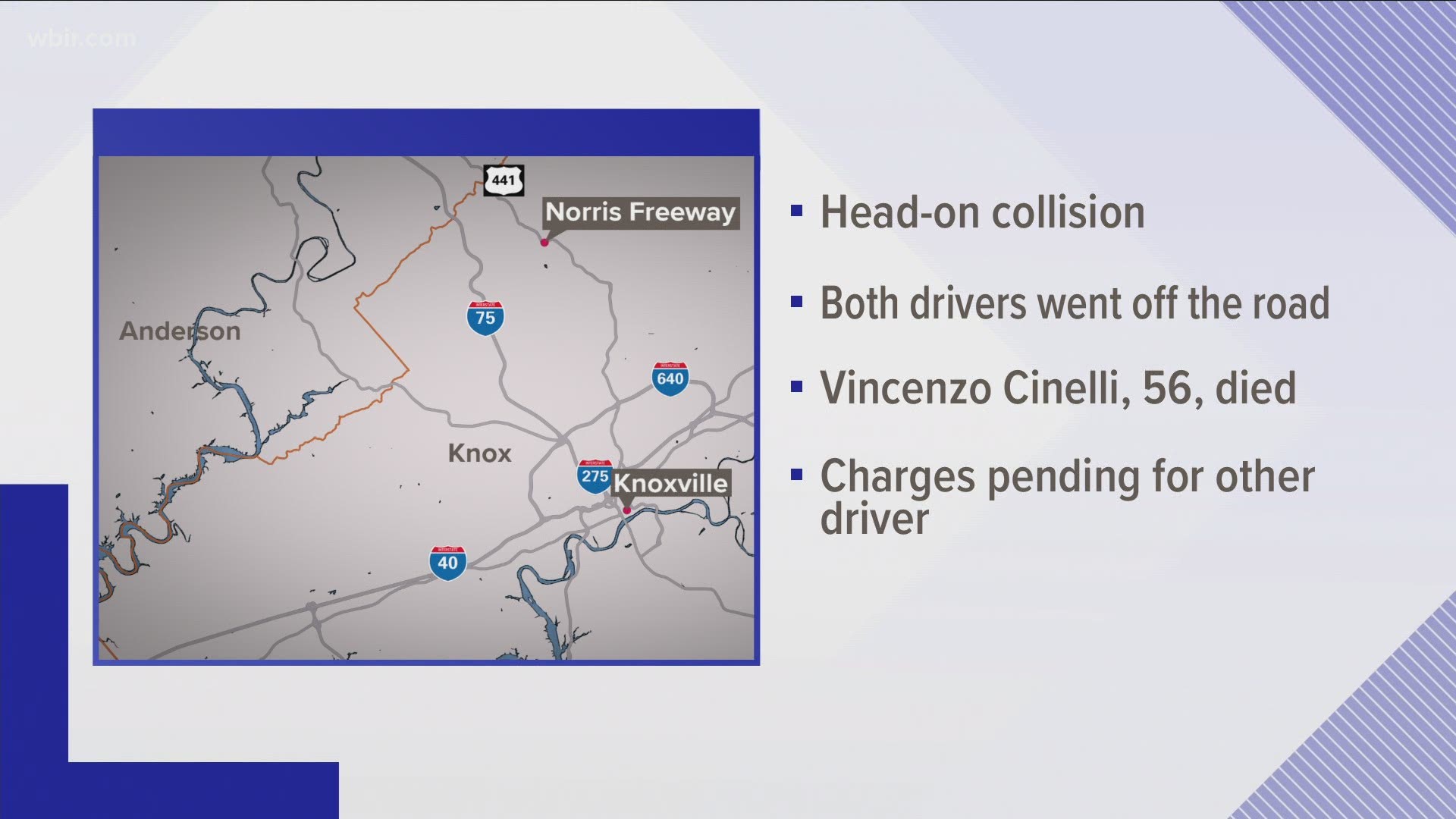 KNOX COUNTY, Tenn. — One man is dead and another is injured after a head-on collision between a motorcycle and car on Norris Freeway in Knox County, according to Tennessee Highway Patrol.

Pinion's vehicle crossed into the path of Cinelli's vehicle and both vehicles collided head-on and went off the road into the tree line for an uncontrolled stop, according to the report.

Cinelli was killed in the crash and Pinion was injured with charges pending, according to THP.

This is a developing story that will be updated as more information becomes available.