Engineers are investigating the stability of the other lane, according to TDOT. 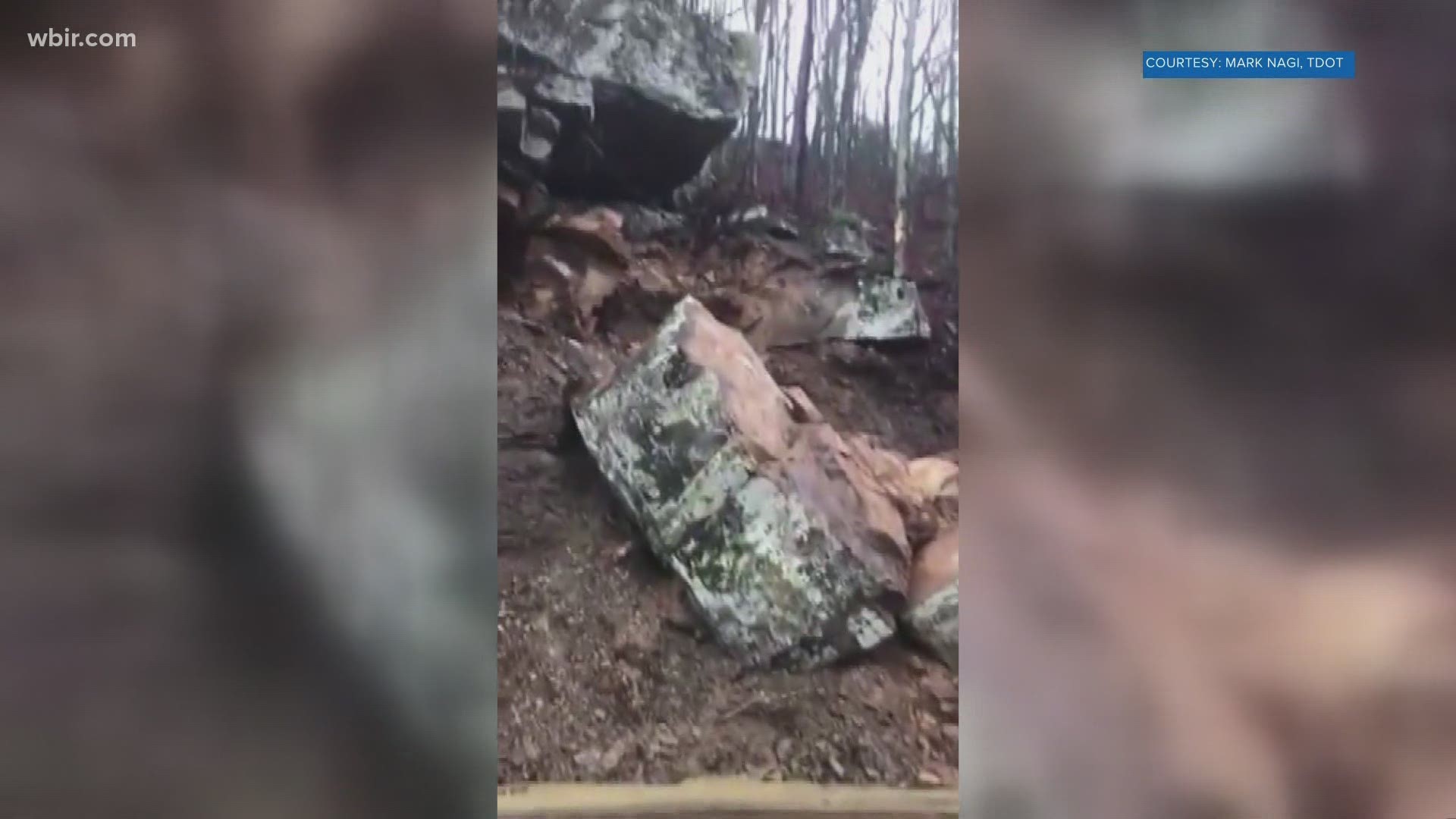 WHITE OAK, Tennessee — One lane of State Route 90 opened Tuesday afternoon after a rockslide shut down the highway, officials said.

TDOT said they are putting up a barrier railing and temporary traffic signals.

Engineers are investigating the stability of the other lane, according to TDOT.

No injuries were reported.

This morning @myTDOT crews will be placing barrier rail and temporary traffic signals in this area to allow one lane of traffic to remain open.

The Tennessee Department of Transportation said it is working to repair the roadway following a slide at mile marker 1.9 and the intersection of Twain Lane.

Work began at 9:30 a.m. and will continue until 5 p.m., according to TDOT. During this time, TDOT said both directions of the roadway are closed and traffic is being diverted.

Traffic has been diverted. @myTDOT Geotechnical engineers are on site assessing the situation. pic.twitter.com/FWzukcIkGo