Man dies after semi-truck lost control on I-40, flipping and knocking over overhead sign

KPD said the driver of the truck was pronounced dead at the scene. 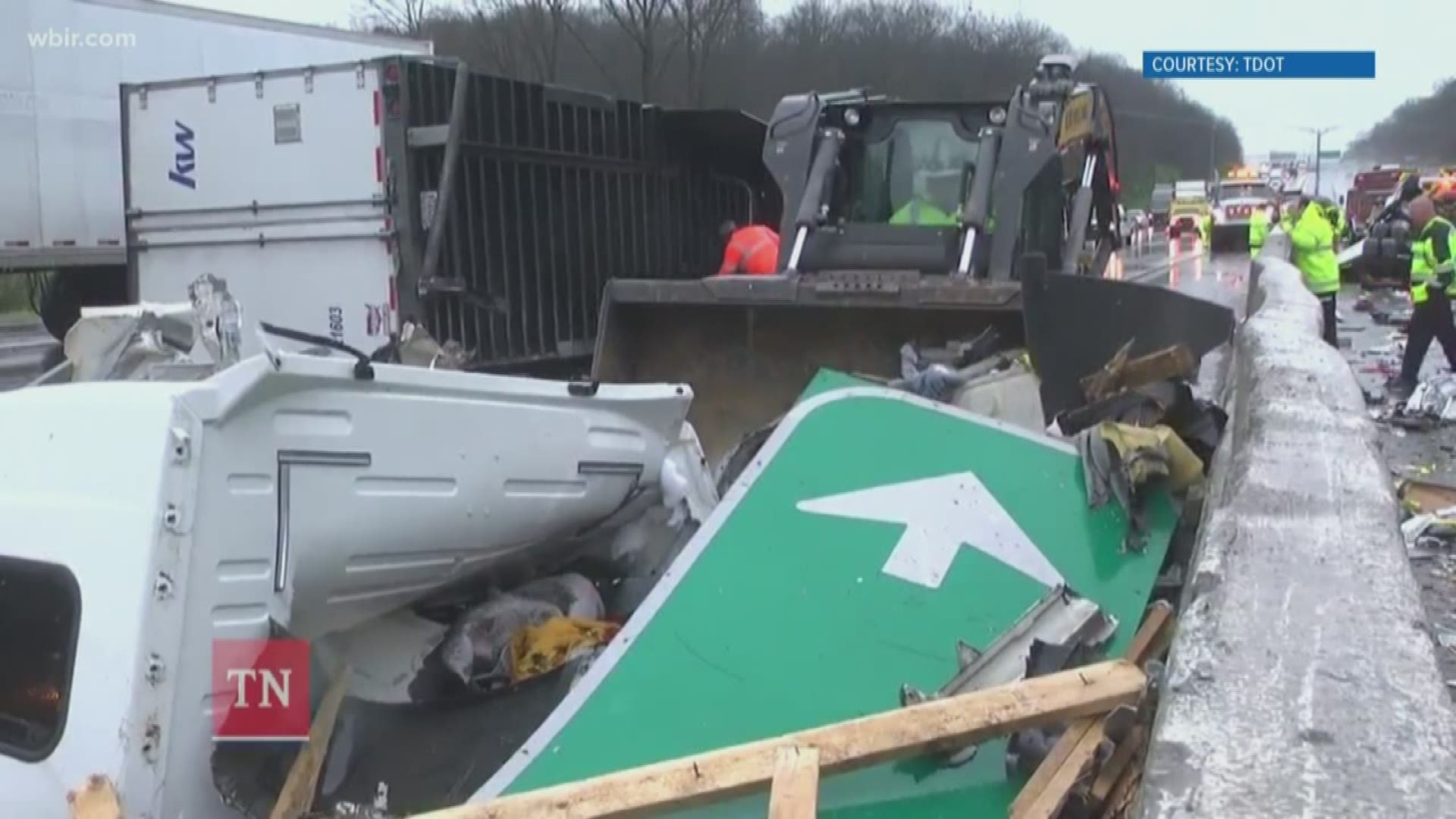 Both sides of I-40 in East Knoxville had to be temporarily shut down Tuesday morning at Asheville Highway and Interstate 640 after a serious crash knocked over an overhead sign, blocking the interstate.

According to the Knoxville Police Department, officers responded around 8:40 a.m. and found one semi-truck overturned -- saying witnesses told them the truck flipped while traveling East on I-40 after it lost control and hit a median.

The man driving the truck was pronounced dead at the scene. No other injuries were reported.

The man's identity is being withheld pending notification of next of kin.

Mark Nagi with the Tennessee Department of Transportation said the crash knocked over an overhead sign structure at mile marker 393 on the westbound side of I-40. Teams arrived to remove the structure from the roadway and clear the wrecks.

KPD said the overhanging sign hit another tractor-trailer traveling West on I-40.