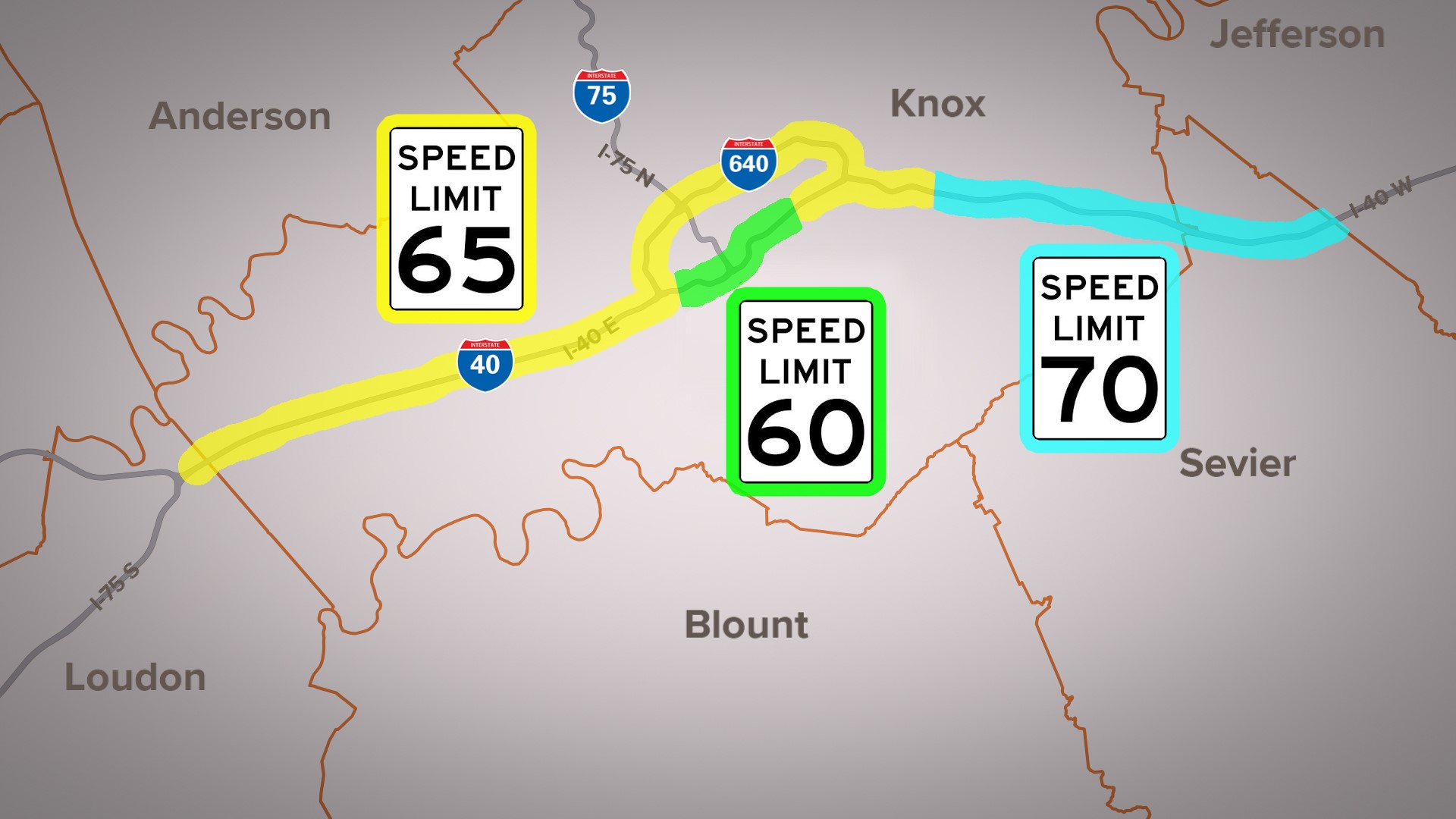 KNOXVILLE, Tenn. — You may have noticed some new signs along the interstate on your way to work Monday morning.

Credit: WBIR
Speed limit changes on I-40 and I-640 in Knox and Sevier Counties.

The change in speed on the ground is made possible by improvements to the quality of the air.

The more you put your foot on the gas, the more emissions your car pumps into the air. That's why Knoxville's speed was kept at 55 mph for many years.

"TDOT has full authority to establish regulatory speeds on controlled access facility. Speed limits should be safe and reasonable, meet drivers' expectations, consider operational speeds, critical speed (15 mph over limit), reflect design speed, and consider crash data. Back in 2004 TDOT established a policy of reducing speed limits to improve air quality. At the request of local governments in Knoxville area counties, we agreed to reduce speed limits and interstate speed limits in the Knoxville area were changed from 70 to 65/55 split due to the air qualify nonattainment status for ozone."

Nagi said since 2004, the Knoxville area has regained full compliance with all current National Ambient Air Quality Standards as regulated by the Clean Air Act. As a result, Nagi said TDOT initiated a review of posted speed limits on the Knoxville area interstates with support from the Knoxville Regional Transportation Planning Organization.

"We found that 87%-98% of motorists were already going over the 55 mph speed limit.  According to the Manual on Uniform Traffic Control Devices (MUTCD), the posted speed limit should be generally within 5 mph of the 85th percentile speed, which we found to be between 67-75 mph in the Knoxville area, regardless of the posted speed limit. In some spots over 25% of all traffic was traveling above that critical speed (15 mph over limit)."

According to crash data, Nagi said with the exception of a part of I-40 in downtown Knoxville, crash rates are below the statewide average in the study area.

TDOT said these are the changes that will be made: