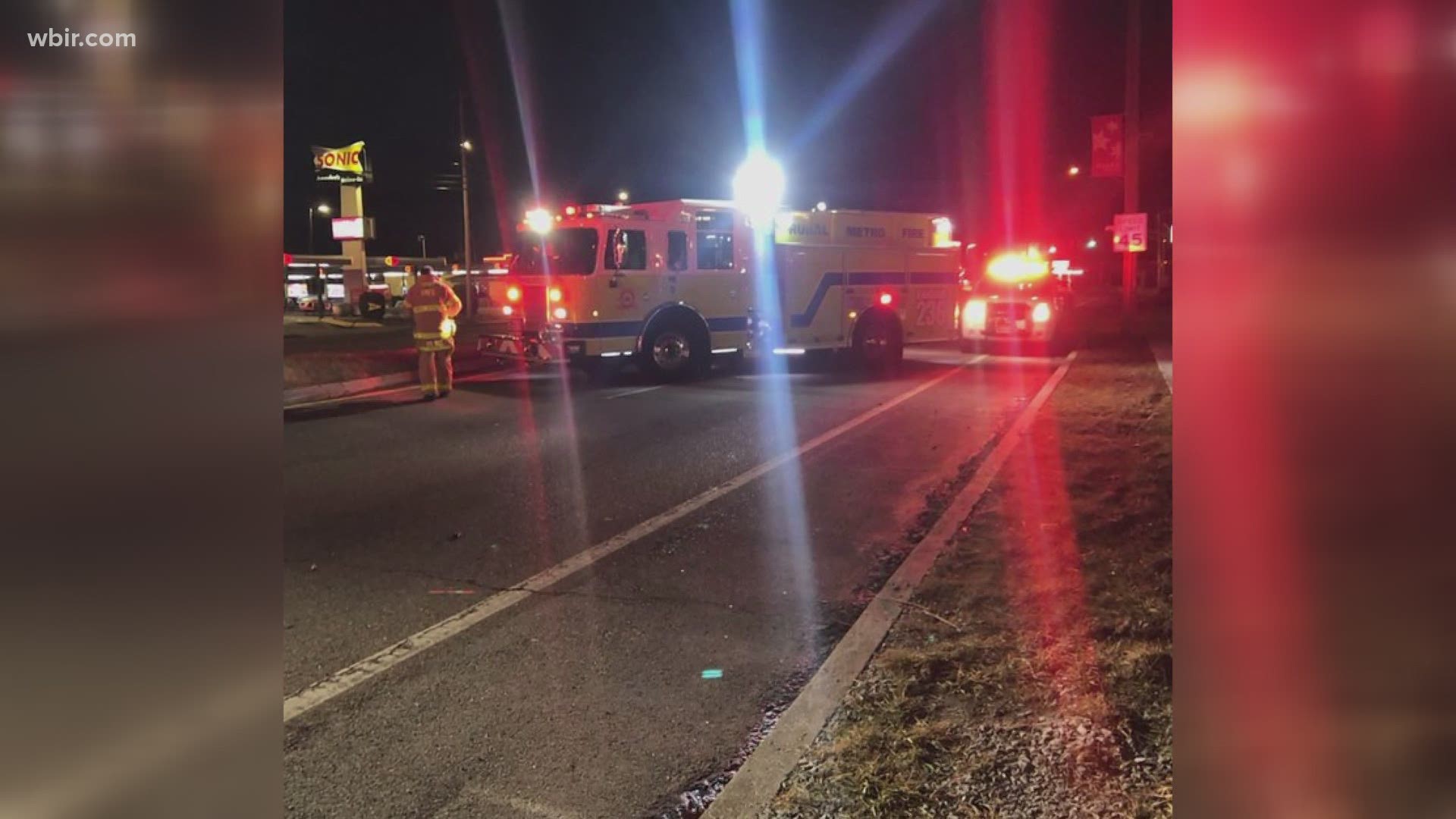 KNOXVILLE, Tenn. — THP has identified that Carey Lawler, 76, of Knoxville and Mary Lawler, 75 of Knoxville died during the crash on Maynardville Pike Tuesday night.

THP said two cars were driving down Maynardville Pike when one vehicle turned left into the path of the other.

Both vehicles came to an uncontrolled final rest blocking both northbound lanes of Maynardville Pike and an area off the roadway.

According to THP, Steven Perry, 47, of Knoxville, was charged with driving under the influence, implied consent, open container, registration law, and financial responsibility.

The Tennessee Highway Patrol said that they were investigating a double-fatality crash in Knox County Tuesday evening.

The crash happened near 6936 Maynardville Pike, officials said. The area is a shopping area with a Walgreen's and a strip mall nearby.

Knox County emergency and rescue crews responded to the scene.

Maynardville Pike was back open by 9:45 p.m. Tuesday night.

Rural Metro Fire and Knox County Rescue responded to, and are still on the scene of a fatal car accident on Maynardville Hwy near Cunningham Rd. The accident scene is still being investigated and Maynardville Hwy will be closed in this area for the foreseeable future. pic.twitter.com/p9m4mOHN8z