Traffic is back to pre-pandemic levels and, yes, it's terrible

If you've driven on any interstate or highway in East Tennessee, you know the traffic is bad. Would you believe we used to live like this every day pre-pandemic? 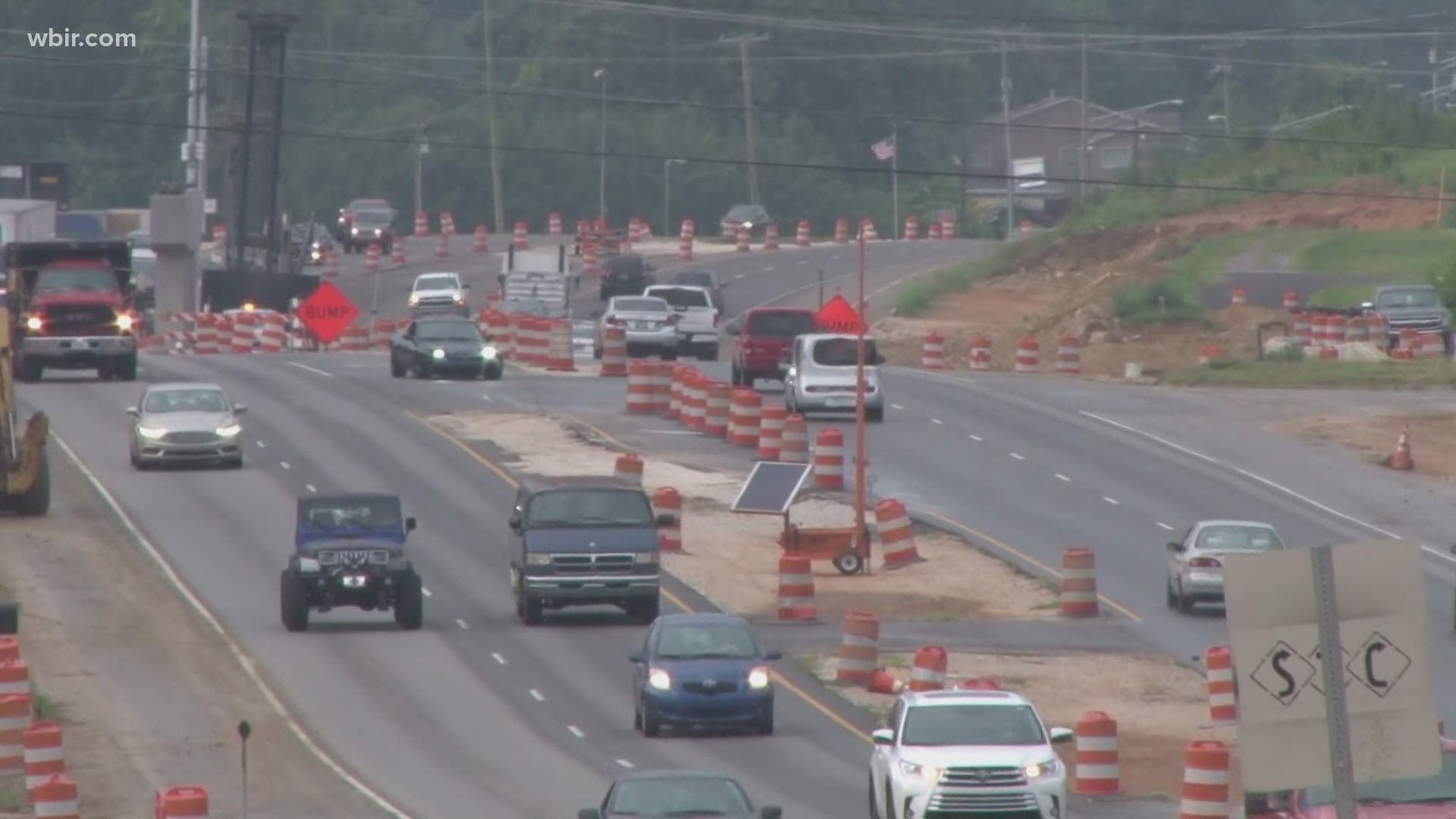 KNOXVILLE, Tenn. — It's 5 o'clock on a Wednesday. You just got off work and it's sunny out, so you're excited to get home. Maybe you'll go for a jog, maybe you'll have a drink on your patio.

But first, you have to get through what some could argue is the most agonizing part of the day.

You have to sit in a ton of rush hour traffic that you could have sworn was not this bad just a few weeks ago.

You're right. It wasn't bad for quite some time. That's because so many people started working from home, and canceled their road trips.

But it's 2021 now. Vaccinations are easy to come by and businesses are starting to bring their employees back to work.

In Knoxville, TDOT said our traffic levels are pretty much back to what they were before the pandemic started last year.

So even though you may be thinking, 'Wow, did a bunch of people suddenly move here to make the traffic so bad?' truly we're just going back to normal.

RELATED: Air, road travel on the rise in East Tennessee

"I think that some people got used to fewer vehicles on the roadways, especially during the early months of the pandemic. But people need to realize that that time is probably passed us now," said Mark Nagi with TDOT.

What he said is sad but true. Hopefully we don't have another shut down, but it's hard to imagine another scenario that could drastically cut down on crowded roads in our area.

The most congested areas you'll find in East Tennessee are the stretch of I-40 that goes through downtown Knoxville, and I-40 and Exit 407 into Sevier County.

And those will only get more crowded as summer draws near.

"Other people maybe from surrounding states are likely going to be traveling at least through portions of our state," said Megan Cooper with AAA.

That organization's data predicts 776,521 Tennesseans will travel over Memorial Day weekend, 687,237 of them by car.

The majority of Memorial Day travelers will be hitting the roads this year, with Orlando and Las Vegas among the top AAA TripTik destinations.

Are you heading anywhere for Memorial Day? pic.twitter.com/uihjxZSacU

Believe it or not that's below pre-pandemic travel numbers from Memorial Day 2019, but it's still a lot of cars on the road, which could mean more accidents.

TDOT said there have been 467 fatalities on Tennessee roads so far in 2021, compared to 377 at this same time last year.

Nagi said people need to put all their attention on the road when they're sitting behind the wheel.

RELATED: Distracted driving was responsible for over 9,000 crashes last year in Tennessee

Cooper reminds drivers to make sure their cars are ready for long trips.

If it's been a while since you've driven past the grocery store, make sure your oil is changed, your tires are inflated and your battery is still in good shape.

Give yourself plenty of time to reach your destination. Patience is key and it will get you safely to where you're going.

For live traffic conditions at any time of the day, download the 10News app for live updates of the roads across our area.