City officials advise drivers to avoid the intersection of Cedar Bluff and Executive Park Drive on Tuesday if possible. 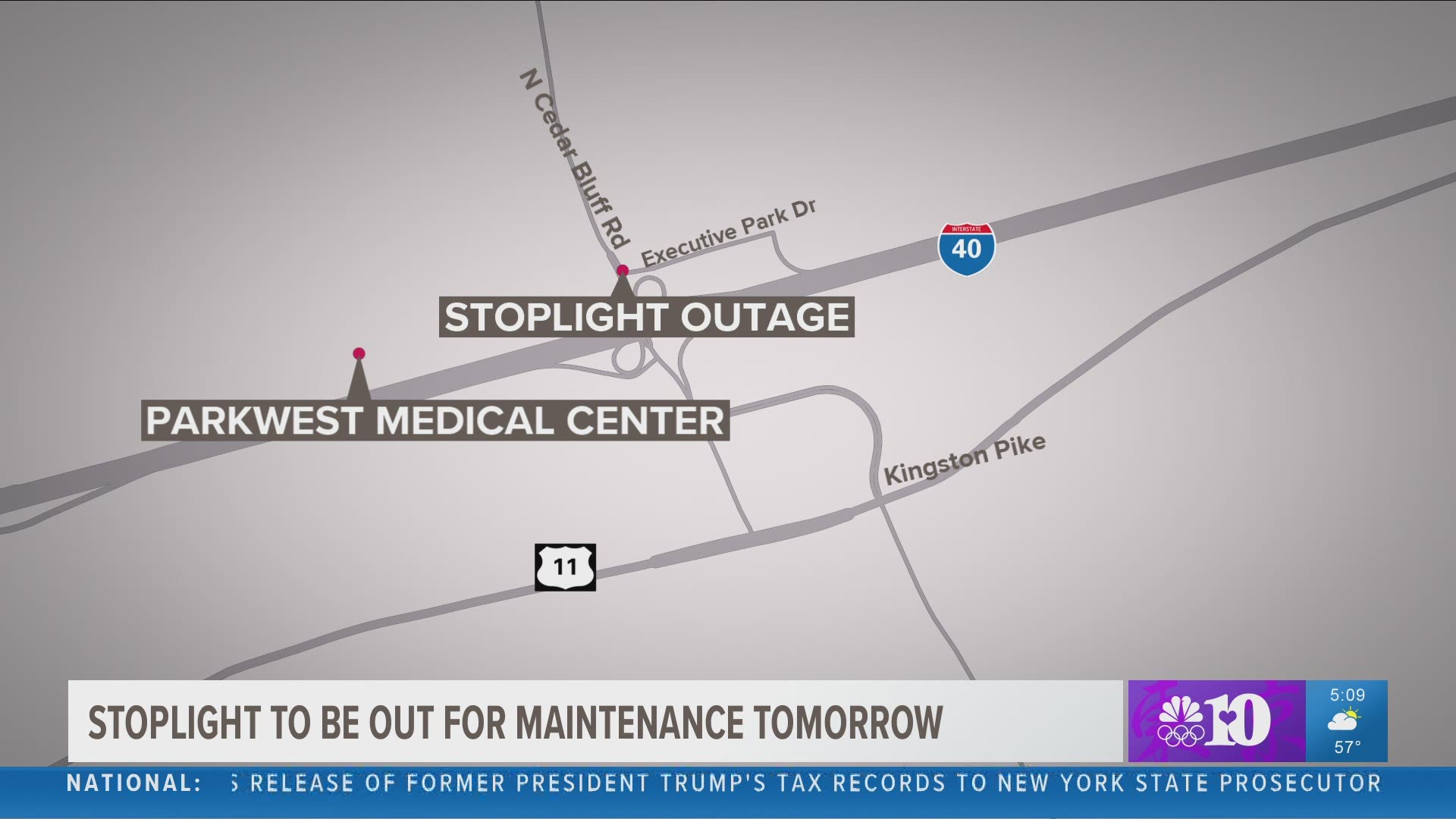 The city will be replacing the cabinet that controls the traffic lights at that intersection. Work will begin at 9:30 a.m. and should be complete by 1:30 p.m.

During that time, the traffic lights will be out and the road will be reduced to one lane in each direction. Knoxville Police Department officers will be directing traffic in that area, but that's one of the busiest intersections in the city and there will likely be delays.

"If you have the option of rerouting around Cedar Bluff and Executive Park tomorrow morning, please do so. Remembering that this work is happening and planning a detour might save you some time on your morning commute," city officials advised in a Facebook post.

City officials chose to do the work in the daytime because it is safer for the workers and the police officers who will be operating so close to moving traffic. They would be less visible to drivers at night.

It's also easier for the engineers who will be doing the work to see the wiring they are attempting to change.

That intersection is one of the primary routes to Parkwest Medical Center. You can also reach the hospital by using Sherrill Boulevard or Dutchtown Road.