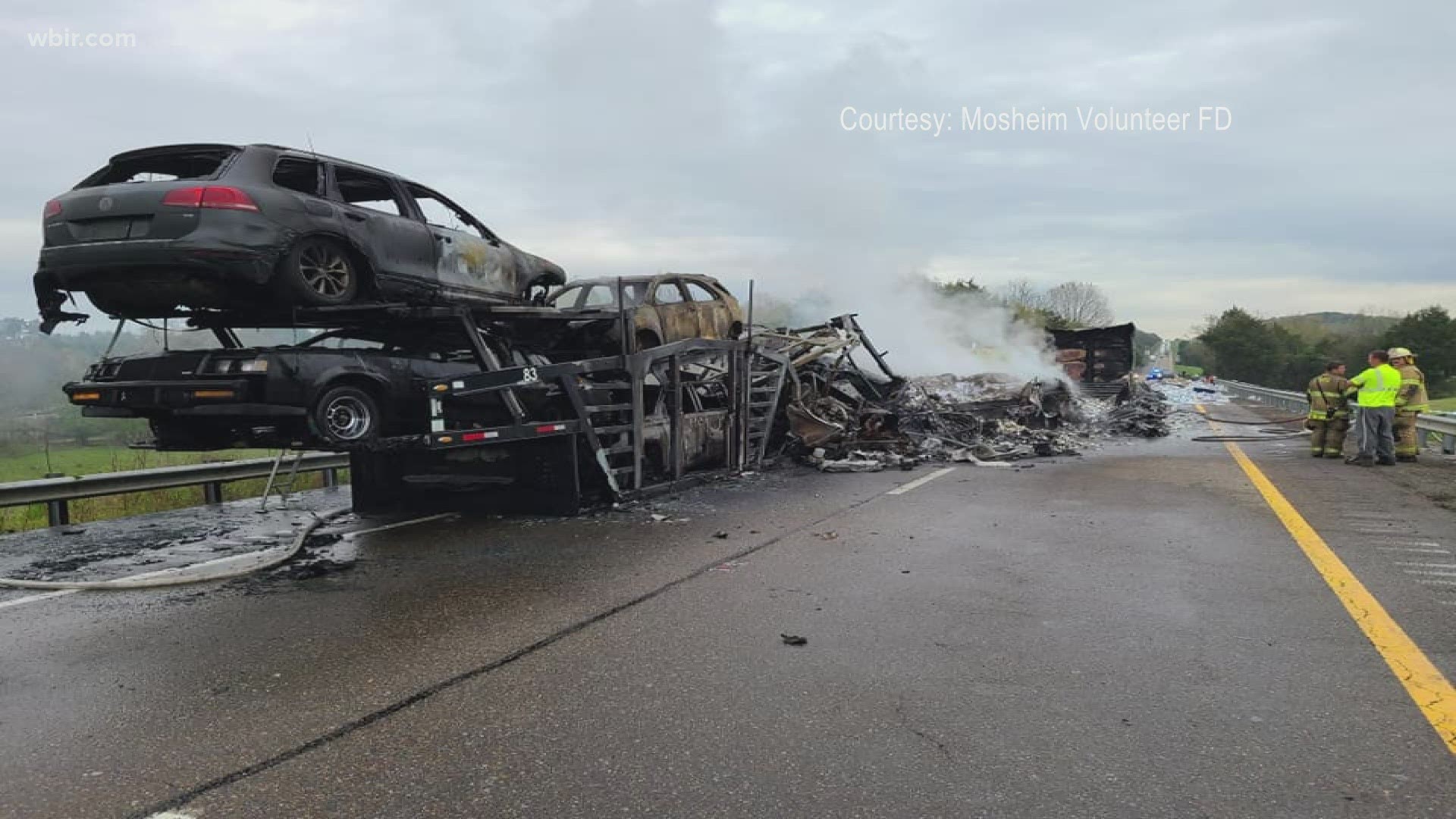 HAMBLEN COUNTY, Tenn — The Tennessee Highway Patrol said two people were injured and one was airlifted after a crash involving two semi-trucks on I-81 in Hamblen County Saturday morning.

Officials said both trucks were driving southbound on the highway when one hit the other in the back at around 5:27 a.m. One of the trucks appeared to be carrying several cars.

Jospeh Hopper, 59, of Little Rock, was driving one of the trucks. The other truck was driven by Vano Galakhvaridze, 47, from Brooklyn.

Both trucks caught fire and were destroyed, officials said.

There are no charges for either driver, officials said. The crash caused the interstate to temporarily close, before reopening almost 12 hours after the initial crash.

The interstate is shut down and will be for a few more hours so the crews can clean up the debris, according to the Mosheim Volunteer Fire Dept.

They suggest if you are headed south on I-81 from Exit 23, find a different route. Fish Hatchery to exit 15 is their suggested route.

Original: A vehicle fire was reported on Interstate 81 Southbound in Hamblen County at 5:35 a.m. Saturday.

The fire is located near mile marker 16 and currently all Southbound lanes are closed.

We will continue to update this story as we learn more.