Local business owners said the end of the year and into the new one is always the busiest time for tourism retail in Pigeon Forge. 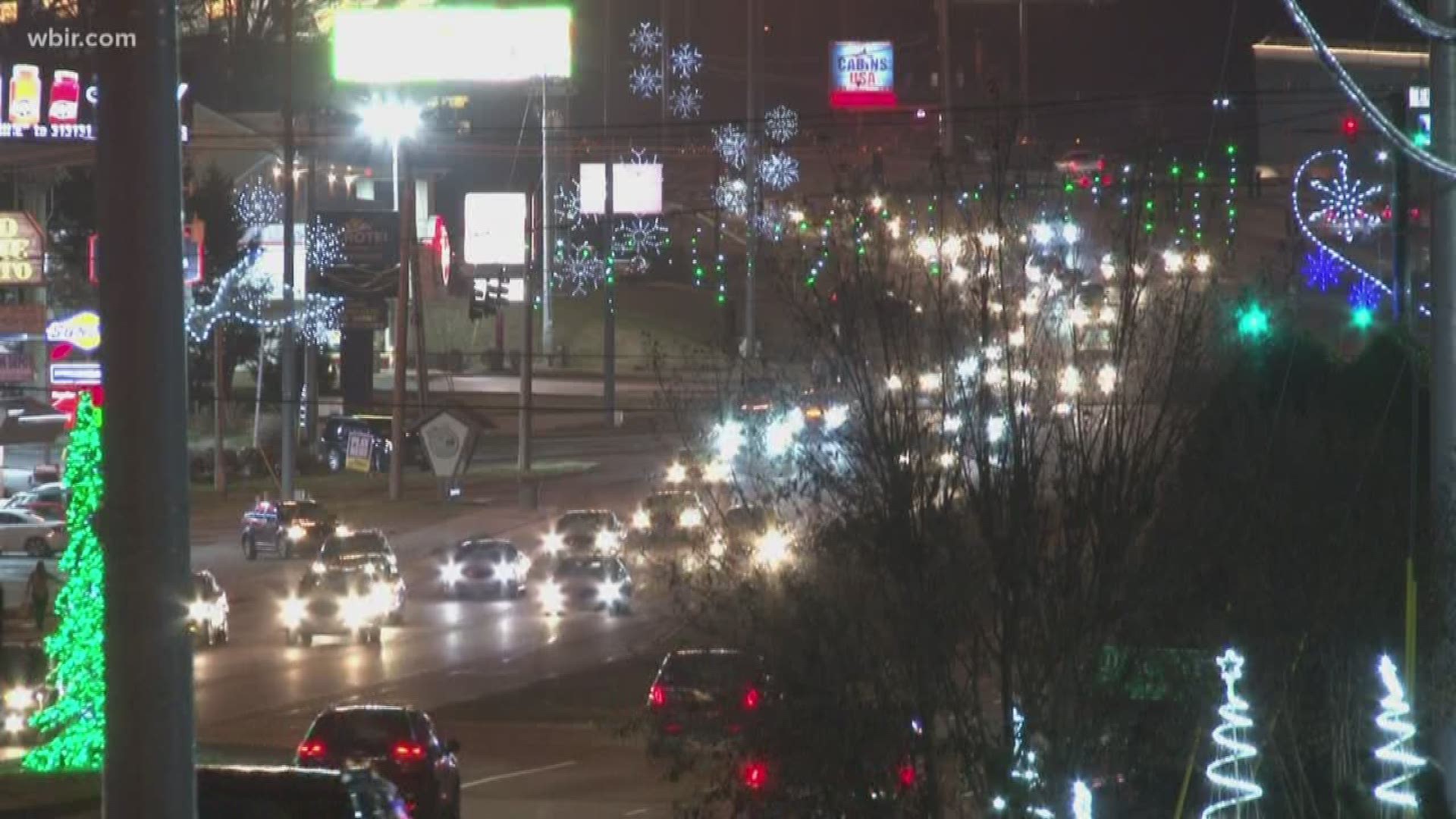 SEVIER COUNTY, Tenn. — If you're heading into or out of Sevier County during the holidays...good luck.

This is the busiest season of the year for shops in Pigeon Forge, but the businesses look forward to the crazy crowds. While the traffic may be a pain, it could mean more green for the county.

At Stages West in Pigeon Forge, it's just like the rest of the city, busy. At least, that's what third-generation owner of the shop, Stephen Houser, believes.

"You know it's crazy because there's times of the year when it's busy, but this is the busiest time of the year," Houser said.

Houser said the weeks from Christmas into the New Year always bring more crowds to the tourist town whether it's for family vacations, conventions or shows.

"It's just kind of a grouping where everything comes together," Houser explained. "The traffic is wild, and really for being in retail it's the most exciting time of the year for us."

It's not just the stores, though. Hotels are booked up and restaurants have long wait times.

"This is the time of year that they particularly like to vacation and so it's almost like a lot of family reunion," Houser said.

Not to mention the bumper to bumper traffic.

"Yeah, it is absolutely amazing," Houser smiled. "I think the people that drive on the 405 don't have anything when you get to one section between Sevierville."

According to tourism numbers, Pigeon Forge continues to break records.

"I think it's gonna be great numbers when they come out next year with all the reporting is traffic and all is gonna be way up," Houser explained.

Overall, Houser doesn't see the crowded stores and streets as a bad thing.

"If we didn't have all of this traffic here then we wouldn't have all these wonderful people visiting us and we would have problems of unemployment far worse than what we have, so we're really blessed to be able to have this kind of traffic," Houser said.

Houser said he expects the crowds to die down in about a week and a half.

Pigeon Forge tourism numbers for 2019 should be announced in February as part of the mayor's "State of the City" address.

RELATED: Winterfest in Sevier County kicks off with millions of lights