'It was a nightmare:' Nashville travelers detail airplane travel woes

There were 22 Southwest flights canceled at BNA Airport in Nashville on Monday. 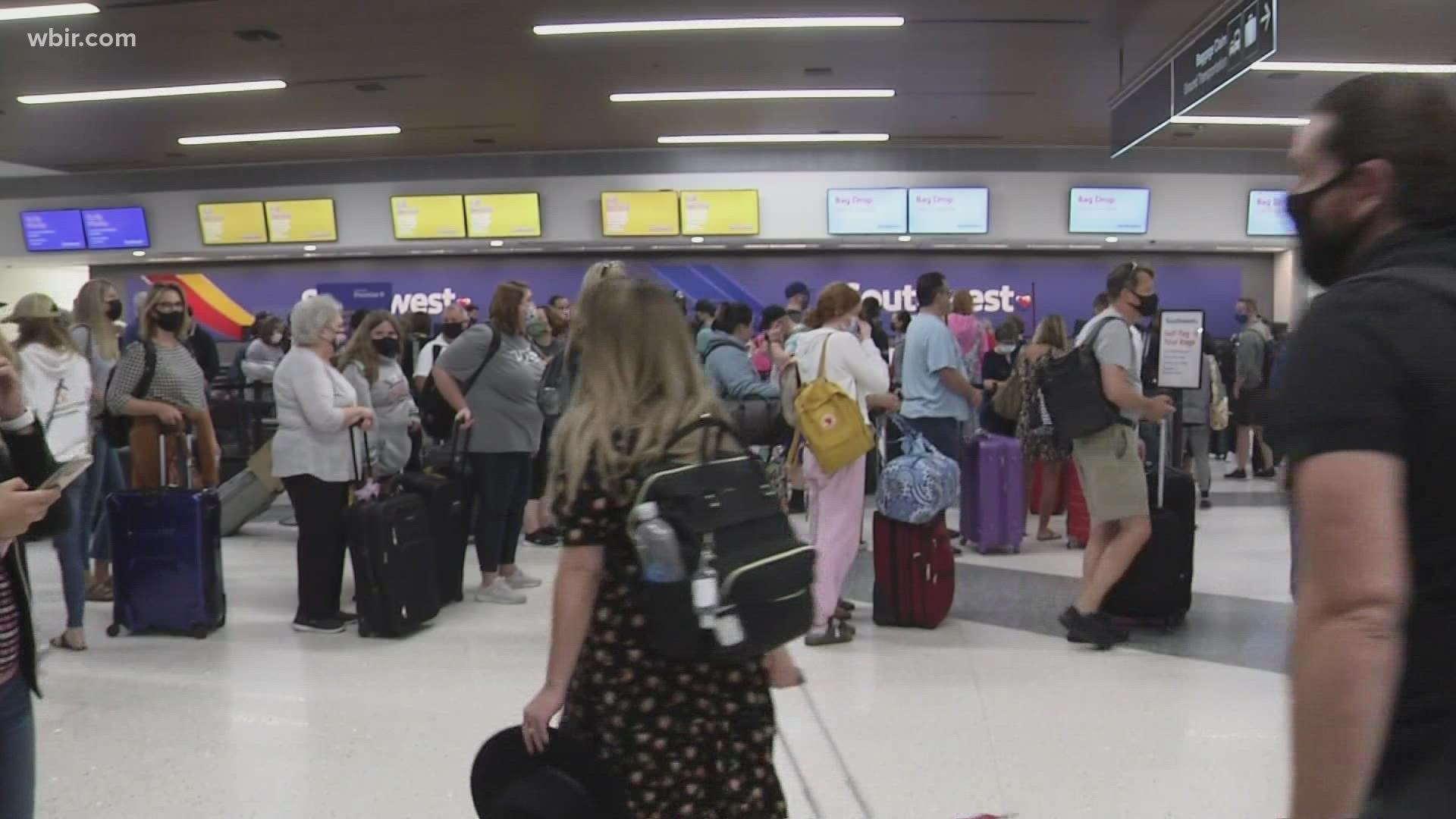 NASHVILLE, Tenn. — The flight situation is improving at BNA Airport, but several Music City visitors said travel the past few days has been a nightmare

One woman from Phoenix describes the whole ordeal as horrifying. After her flight was canceled, she was scrambling to find a hotel on a busy weekend in Nashville.

Nancy Mazour said she was enjoying her first time in Nashville. The country music lover from Phoenix was here with friends, but she said their spontaneous trip came to an abrupt halt.

“It was the unknown and not really knowing what to do,” Mazour said.

She said she and everyone else on their Southwest flight Friday was forced off after boarding after she said they were told there was no pilot. She said they were able to find a place to stay that night, but by Saturday, they were out on their own.

“We were searching like crazy,” Mazour said. “We could not find any hotel rooms available so we were homeless.”

She said she called every single hotel in Nashville but couldn’t find anywhere to stay. Places were booked up with big events like the Rolling Stones in town. When her friends decided to take a Greyhound bus all the way back to Arizona, she said she was by herself and scared.

“It has nothing to do with Nashville, but it is very uncomfortable as a single woman to be alone there and not know what to expect next,” Mazour said.

She ended up staying up all night Saturday in the lobby of a hotel until she could get a ride to the airport early Sunday morning which is the soonest she could get rebooked.

“I am very grateful to be home,” Mazour said. “It was just a nightmare.”

Mazour said she did find one hotel room in the city, she said it was almost $1,000. She said Southwest only offered her a $100 voucher. Southwest said they extend an apology to their customers and employees for the issues.