NY, NJ and CT require TN travelers to self-quarantine for 14 days — some still plan to go

Tennessee joins a list of 16 states with spiking numbers of COVID-19 cases. At the same time, case-counts are dropping in the northeast. 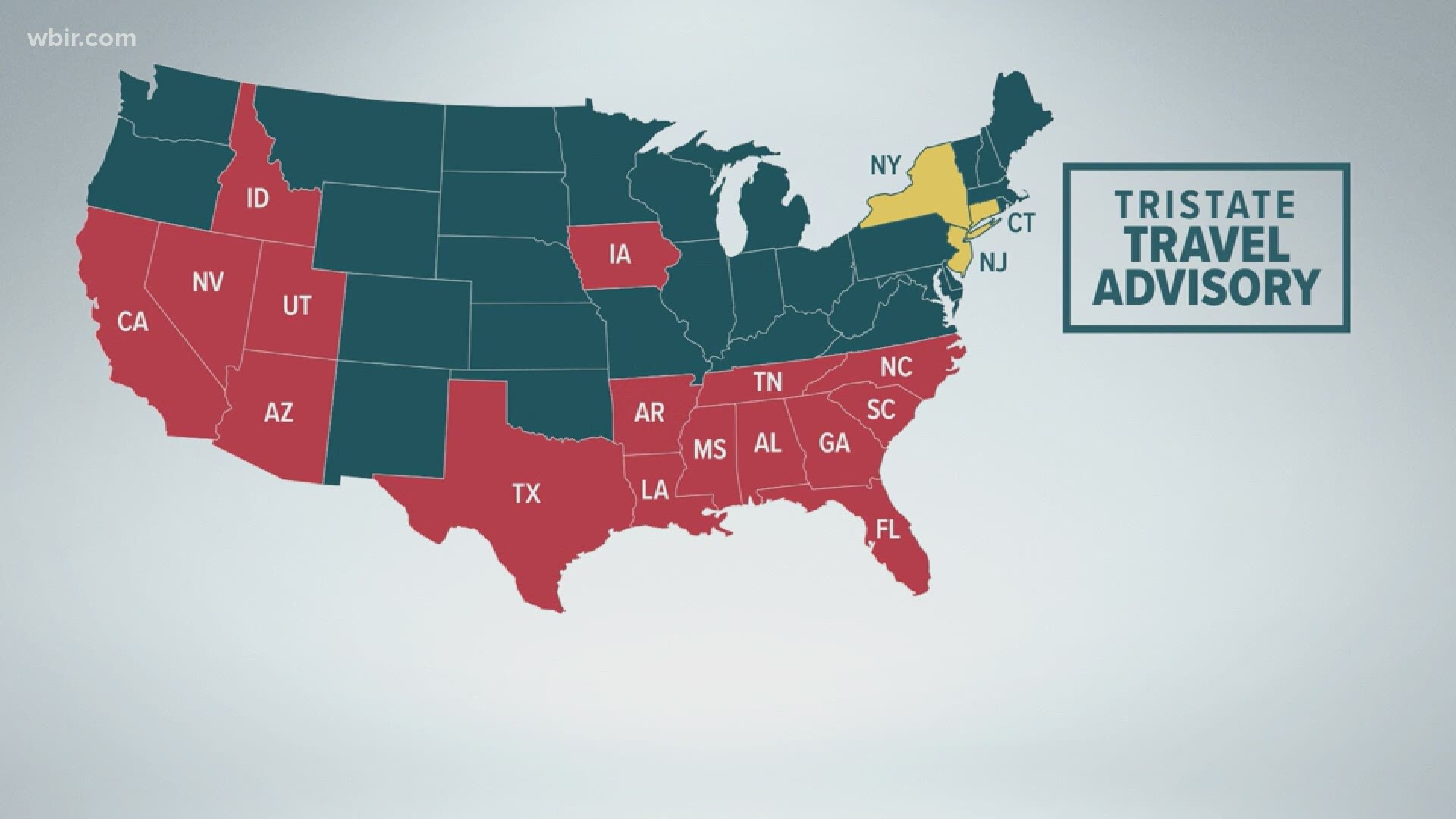 KNOXVILLE, Tenn. — Starting this week, travelers from Tennessee heading to New York, New Jersey or Connecticut must self-quarantine for 14 days when they arrive.

Tennessee joins a list of at least 16 states with spiking numbers of COVID-19 cases. At the same time, case-counts are dropping in the northeast.

"My whole family is back on Long Island. It's definitely hard to be away from them," said Sam Hale.

She moved to Tennessee in January and hasn't seen her family since.

She said that she planned to visit New York a few times in the summer, but because of the new restrictions, she won't see her family until the restrictions are lifted.

"Now is my family's time to go out and enjoy outdoor dining and retail stores and if I'm there I can't enjoy that with them so it wouldn't be a good experience," she said.

Knoxville native Maggie Marks said she's going back to New York. To her, it's home, and it's where her life is.

She left March 20 and has been in the south ever since. She plans to go back in August, even if the self-quarantine is in place. To her, it's worth it to self-quarantine, as long as it is in New York.

According to AAA, 700 million people will travel by car or plane between July and September. It's a high number, but it's also a 15% decline — the biggest drop since 2009.

Both said they were shocked to see cases rise in the south as they decline in the northeast.

"I think New York has been diligent," said Marks. "They've quarantined, worn masks and so now they get to reap the benefits of that, which is awesome."

But for Hale, the recent rise means not knowing when she can get home. She said she wanted to return to New York for Christmas and New Year's Day, but the future is too uncertain.

People who travel from one of the listed states and don't self-quarantine could face fines up to $10,000. That list includes:

It was updated on Tuesday, June 30.

RELATED: Tennessee, 8 other states added to self-quarantine travel advisory for New York and others

RELATED: How risky is flying during the coronavirus pandemic?