The land will connect the Cumberland Trail to the Ozone Falls State Natural Area. 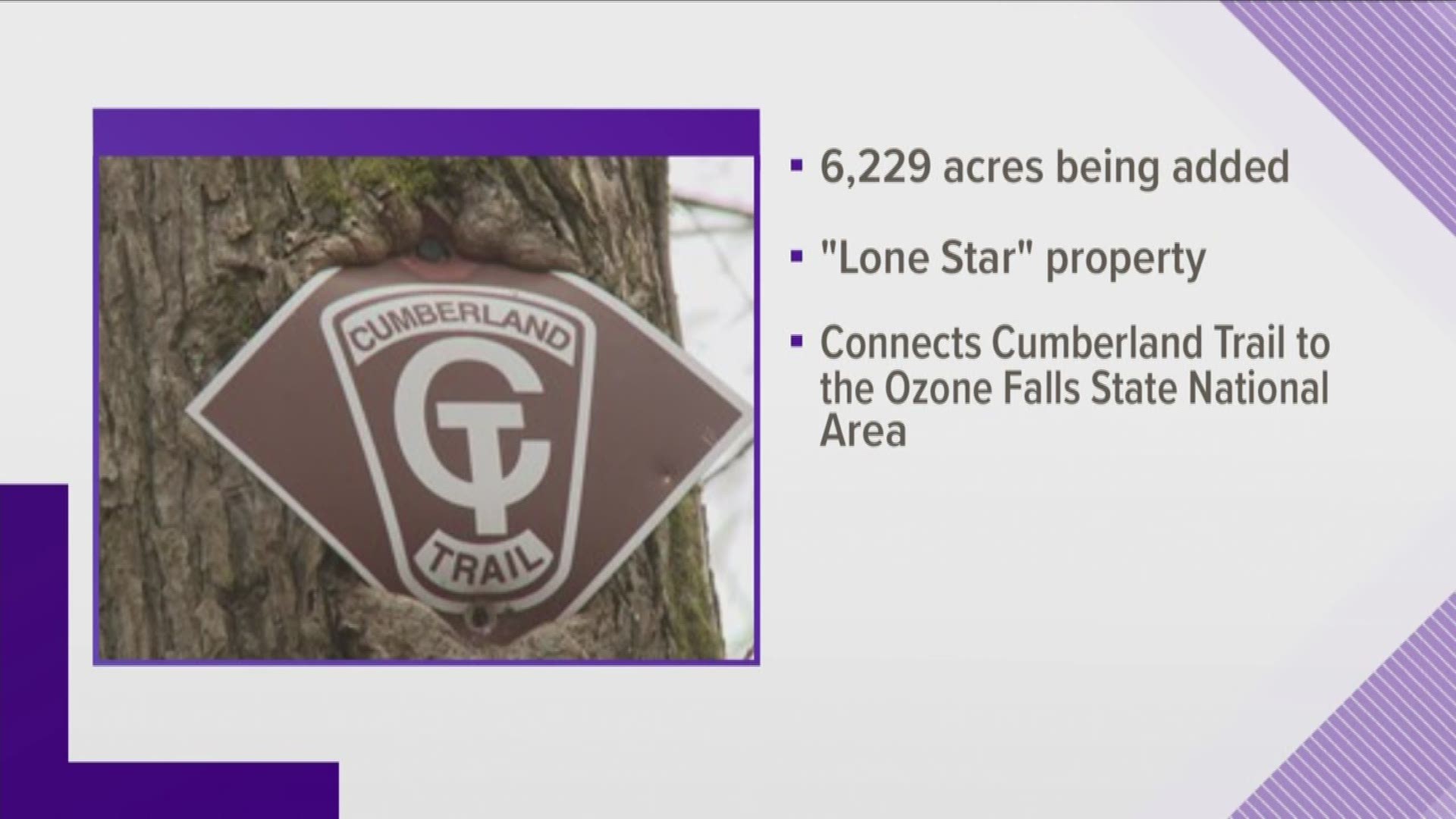 For almost 15 years, there was a gap in the Cumberland Trail that forced hikers to walk for six miles on a paved road before reaching the trail's next portion.

Now, the Cumberland Trail will be connected after the several Tennessee organizations added the Lone Star property to it.

On Monday, the Tennessee Department of Environment and Conservation, the Conservation Fund, TennGreen, the National Park Service and the U.S. Fish and Wildlife Service announced that the property's 6,229 acres of land will be added to the trail.

They said the land will be used to support wildlife habitats, native ecology and add public recreation opportunities.

“Our state parks are a treasure worth preserving and enhancing for the next generation of Tennesseans,” Sen. Marsha Blackburn said in a press release. “This is an excellent example of what can be done when state and federal officials work together.”

For several years, the land was used for logging and mining operations, according to TennGreen. They spearheaded a fundraiser to help buy the land and add it to the Cumberland Trail.

The trail was first designated as a state park in 1998 after around two decades building it. Now, it is the second-largest state park in Tennessee, connecting two other national parks.

Once the Lone Star property is officially added to the trail, it will span more than 300 miles, passing through gorges, a variety of wildlife habitats and views of waterfalls.

“There’s a reason Lone Star was such a high priority for us to protect,” Ralph Knoll, Tennessee representative for The Conservation Fund, said in a press release. “It’s rich with conservational value and will greatly benefit the outdoor recreational economy that Tennessee parks and the Cumberland Trail support."