Cranberry farmers across New England had their work cut out for them this year when weather put a damper on the harvest. 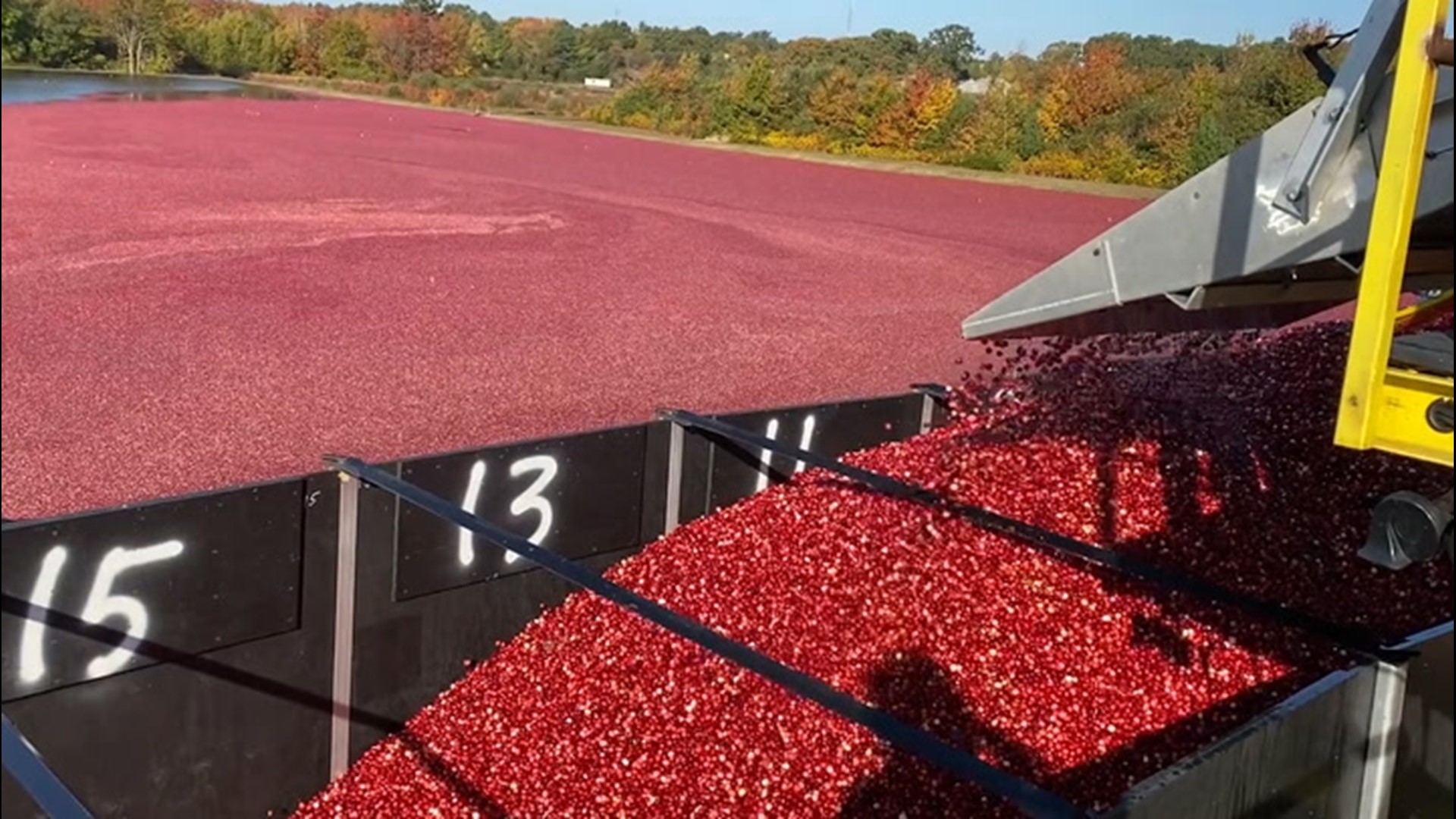 Thanksgiving tables are not the same without one essential side dish, but cranberry farmers across New England had their work cut out for them this year when weather put a damper on the harvest.

Cranberries grow in cool regions with warm summers, such as New England, Wisconsin, Washington, and Oregon. Wisconsin produces the largest cranberry supply in the United States, accounting for more than half the country's cranberry supply, AccuWeather Senior Meteorologist Dale Mohler, who works on the company's commodities forecasting team, said.

Cranberry crops need wet conditions -- cranberries are grown in wetlands and bogs -- to thrive. In the Northeast, where Massachusetts and New Jersey supply a large quantity of cranberries, a drought during the growing season, which stretches from April to November, provided a lackluster growing season for the berries.

Dawn Allen, a Massachusetts cranberry farmer and a member of Cape Cod's Cranberry Grower's Association, told AccuWeather's Bill Wadell that extreme weather conditions this year led to a decreased output of berries when it came time to harvest.

Startling weather events impacted Allen's cranberry bogs, especially after two hailstorms struck over the summer, resulting in a 10% loss in crops. In addition, the bogs require an ample amount of rain to keep the cranberries in good condition -- rain that never came for the region.

"The rains this year, they never came," Allen said. "Unprecedented low rainfall is probably the best way to say it."

"Most growers that are a little more tenured than me would say this was the extreme worst drought ever for the cranberry industry here in Massachusetts," Allen said.

Farther north in Columbia Falls, Maine, Christine Alexander's bog, Sugar Hill Cranberry Co., experienced a devastating loss -- one she says was like no other before.

"This has been one of the worst growing seasons we've had in the 42 years that we've been growing cranberries," Alexander said. "We wound up with a frost on June 19."

Credit: Dawn Allen via AccuWeather
A severe drought, early frost and lack of pollination in Massachusetts resulted in some of Dawn Allen's cranberry crops being destroyed this year.

The frost resulted in disrupted pollination for crops in the state. In addition, a nasty heat wave gripped the state yielding hot and sunny conditions that Alexander's underground irrigation system was unable to defeat.

"It radiates the temperatures from the sand so it scorched, it actually cooked the berries on the vine," Alexander told Wadell. "We ended up with a 95% crop loss this year."

Despite the drastic amount of crops lost this year to the weather, Alexander said next year looks brighter for New England cranberry farmers.

"We can see next year's bud," Alexander said. "It looks like the crop is going to be good next year."

Despite the bleak harvest in much of New England, Wisconsin farmers can expect a much more positive season for their bogs, after experiencing their own hurdles last fall. Cold and wet weather in the summer of 2019 resulted in a crop loss of 30% for Wetherby Cranberry Company.

"This year, it is an exceptionally good crop," Van Wychen told WIZM News. "We will make all that up and a little more."

Wetherby Cranberry Co. is one of only two bogs in Wisconsin that produce cranberries intended to be sold as fresh fruit, while 95% of cranberries harvested is processed and either sweetened, dried or added to juice.

The harvest season in Wisconsin -- which begins in mid-September and ends in November -- was fairly dry and warm, with some rain and precipitation that swept through the state. In November, the weather was relatively mild, which Mohler said was "good weather" for the final stretch of harvesting before the holiday.

"I would say generally it was a favorable harvest season in Wisconsin," he said.

According to the United States Department of Agriculture, Massachusetts was expected to enjoy a record cranberry crop this year, however it did not pan out that way. The 2020 crop was forecast to be up 11% from the prior year, however the actual numbers turned out to be 10% to 12% down from the estimate, resulting in a very average season for Massachusetts.

Mohler said this fall has provided some ideal conditions for harvesting in the Northeast as well, including Massachusetts, the state that accounts for the second-most amount of cranberries in the U.S.

Significant warm stretches, especially in the first half of November, created better-than-average harvesting conditions. Despite the optimistic weather during harvesting season, the unusual weather over the summer while the cranberries were in growing season destroyed a portion of the crop.

"We live and breathe by Mother Nature, and it's really our job to try and harmonize the farm, the water, our crop. It's a challenge. One mistake ... one Mother Nature event can totally wipe our crop out," Allen said.