'This meteor shower has produced the greatest known meteor storms in history.' 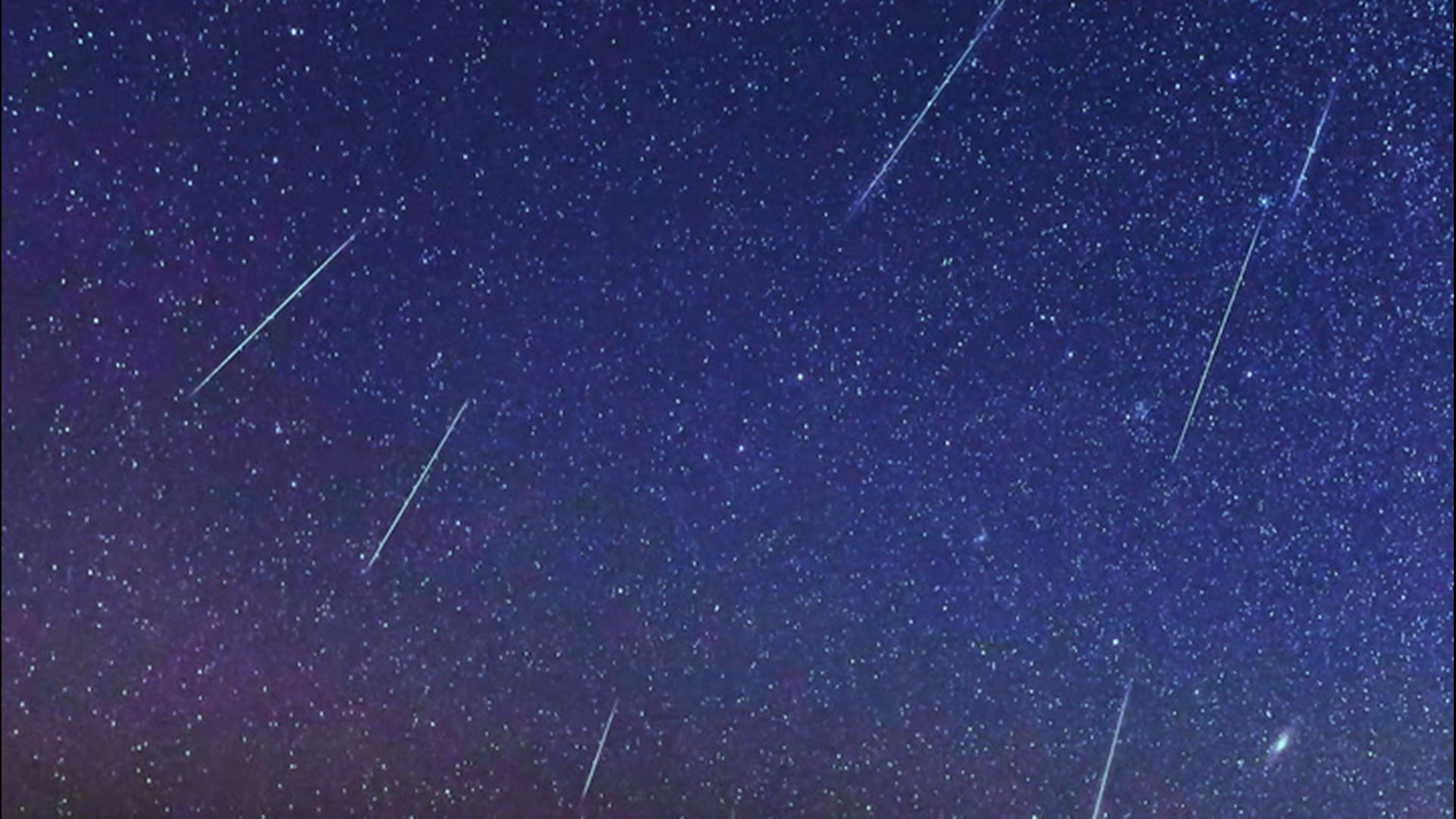 November's top astronomy event is about to put on a dazzling display in the night sky -- one of the most famous meteor showers in recent astronomical history.

The annual Leonids came to fame back in the 1800s due to impressive outbursts of shooting stars, but this year's showing will be more tame as it reaches its peak on Monday night into the early hours of Tuesday morning.

"This year will be a typical year for the Leonids, which means about 15 meteors per hour," AccuWeather Astronomy Blogger Dave Samuhel said. Like most meteor showers, it will be best seen during the latter part of the night leading up to daybreak.

Stargazers that spend Monday night under the heavens could spot a few extra shooting stars due to the waning Northern Taurids, a minor meteor shower that has a plateaulike peak around the second week of November.

This year will be a good year for viewing the Leonids as it peaks on a moonless night. Because of that, onlookers will be able to see the fainter shooting stars that would normally be washed out by the light of a glowing moon. However, folks will want to keep a close eye on the cloud forecast before heading outside.

Clouds will be of greatest concern for prospective stargazers across much of the northern tier of the contiguous United States and into Canada. The exception to this will be across parts of the western Great Lakes into the eastern Canadian Prairies where there may be enough breaks in the clouds to spot some shooting stars.

The rest of North America will have mainly cloud-free conditions for the peak of the Leonids, including some of the darkest national parks in the U.S.

Averaging 15 meteors per hour, the Leonids may sound like a run-of-the-mill meteor shower, but a few times a century, it erupts into a spectacular light show unlike any other.

"This meteor shower has produced the greatest known meteor storms in history," Samuhel said. Accounts from people that have witnessed these incredible meteor storms sound more like a scene from a Hollywood movie rather than reality.

Samuhel actually witnessed the most recent outburst of the Leonids nearly two decades ago after finishing a late-night shift working at AccuWeather's headquarters in State College, Pennsylvania.

"Most recently in 2001, it produced thousands of meteors per hour, which I witnessed. There were several meteors in the sky at once for a few hours through daybreak," he recalled.

Other notable outbursts occurred in 1833, 1866 and 1999, according to the American Meteor Society (AMS). The 1833 showing was perhaps the most impressive of the bunch with observers counting 14,000 meteors per hour. The meteors were so bright and occurred so frequently that people were able to read books under the stars in the middle of the night, according to EarthSky.

These jaw-dropping meteor storms occur when the Earth passes through a dense cloud of debris left behind by Comet 55P/Tempel-Tuttle, the comet responsible for the annual Leonids.

Typically, the Earth passes through one of these dense clouds every 33 years, but that is not always the case.

The Earth may not encounter a dense cloud debris again until 2099, according to the AMS. However, when the comet returns in 2031 and 2064, there could be "several good displays of Leonid activity" with meteor rates perhaps exceeding 100 per hour, the AMS said.

Stargazers might want to keep their telescopes handy after next week's celestial show. Just about a month after the Leonids, one of the best meteor showers of the entire year will occur.

The Geminids will reach its climax on the night of Sunday, Dec. 13, into the early hours of Monday, Dec. 14, boasting 120 to 150 meteors per hour. This is roughly two or three shooting stars every minute.

Like the Leonids, this year will be a good year for the Geminids as its peaking will occur around the same time as a new moon. So, stargazers may want to mark the Geminids on calendars now and plan ahead for an entertaining night under the stars.