They hope this past week's tornadoes in Middle Tennessee should serve as a wake up call for people to get prepared. 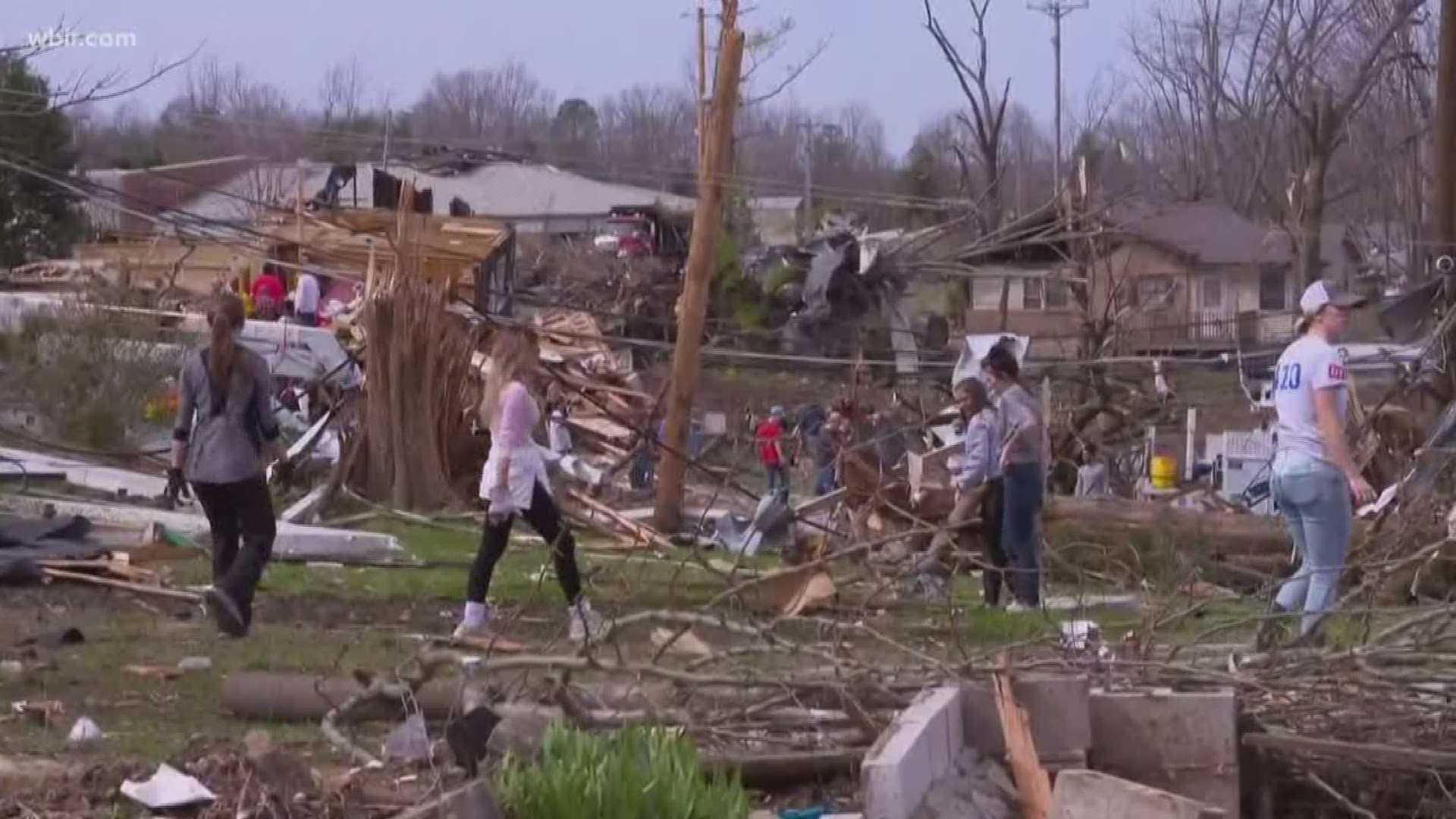 KNOXVILLE, Tenn — Experts are urging East Tennesseans to stay prepared for tornado warnings which means having more than one device ready to alert you of a potential storm and a plan in place.

Almost half of the tornadoes in Tennessee happen overnight, which also ends up being the most deadly.

Research shows East Tennesseans feel they're not at risk because the area doesn't see as many tornadoes, often times ignoring warnings. Experts hope the recent tornadoes in Middle Tennessee should serve as a wake up call.

University of Tennessee geography professor Kelsey Ellis said we are not as prepared as we should be, "People think they're not at risk at all which is really scary."

She studies the way people in the state respond to tornado warnings.

"A lot of people in the East think we're protected by the mountains and we're not," she said.

While East Tennessee sees fewer than the rest of the state, Ellis said you still need a safety plan.

RELATED: Weather aware: How to plan ahead and find your safe spot in case of a tornado

"Make a plan now, right this second. What will we do, what's our safest structure? Plans include picking a safe room in your home, such as a basement, storm cellar, or an interior room on the lowest floor with no windows. Also, make sure you have an emergency kit on hand," she said.

Overnight tornadoes are the deadliest because fewer people hear warnings on sirens outside and on televisions.

She points to the NOAA weather radio and emergency alerts on phones for info.

After an alert, on average there are only 15 minutes to respond or less.

"Have that plan so even when it goes off in the middle of the night and you're not expecting it you know exactly what to do," Ellis said.

In case cell service disappears or you're hard of hearing, she urges setting up a community buddy system, checking on your neighbors.

"People are looking out for each other could be helpful as well," she said.

You can find more information on how to develop a safety plan through the NWS here.