'It's a monster' | Sinkhole takes out half of a Knox Co. road

The sinkhole on Greenwell Rd. in Powell was about 25 feet wide and 60 feet deep, and still growing. 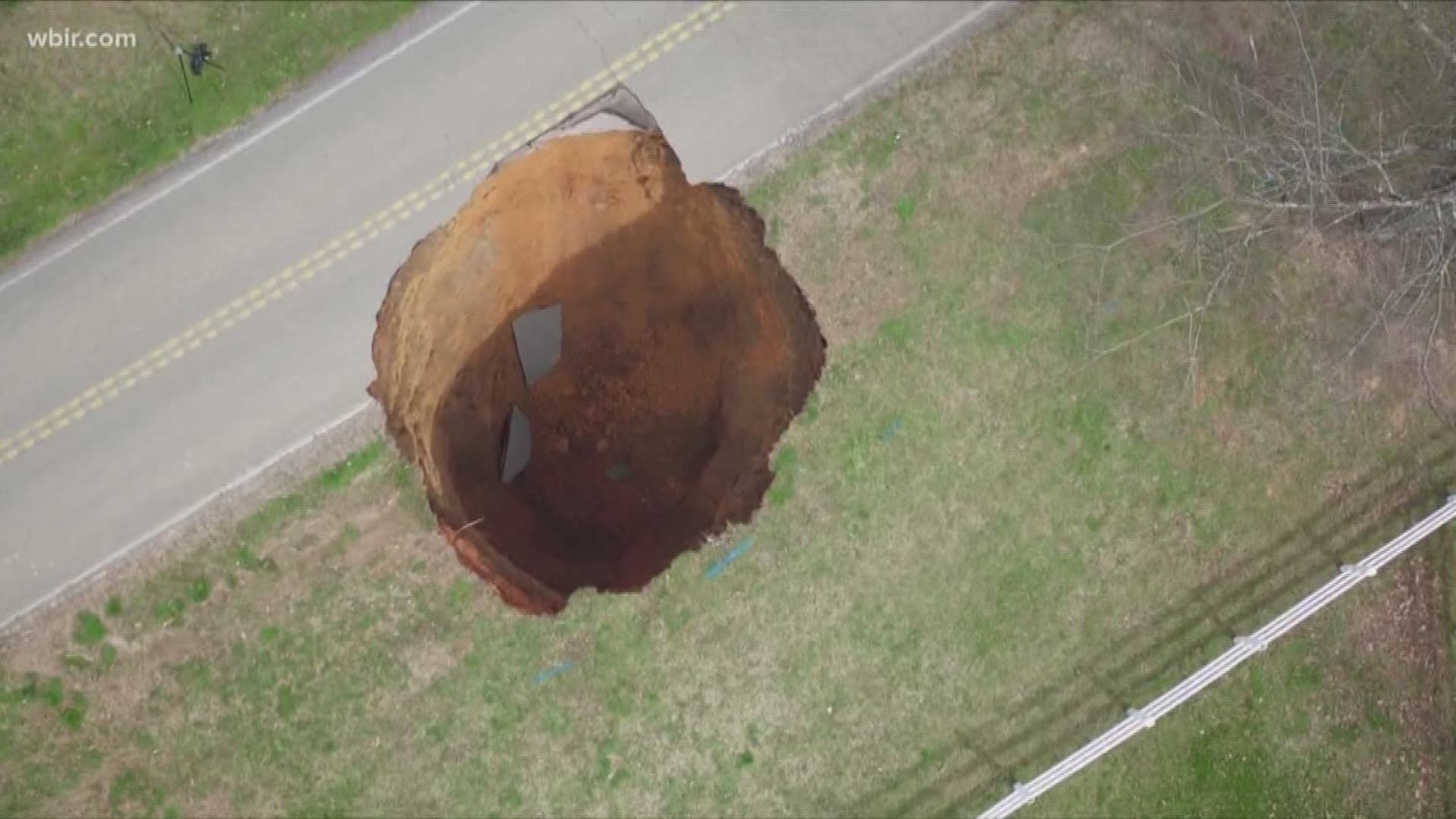 POWELL, Tenn. — A giant sinkhole has taken out a North Knox County road.

Mayor Glenn Jacobs shared the photo of the sinkhole on Greenwell Road in Powell, east of Jenkins Lane, and posted a video on Periscope about it.

A county engineer told 10News a woman spotted it around noon, and it was about 5 feet wide. Now it's grown to probably about 60 feet deep, and it's still growing. Half of the roadway is gone, and concrete is still crumbling away. 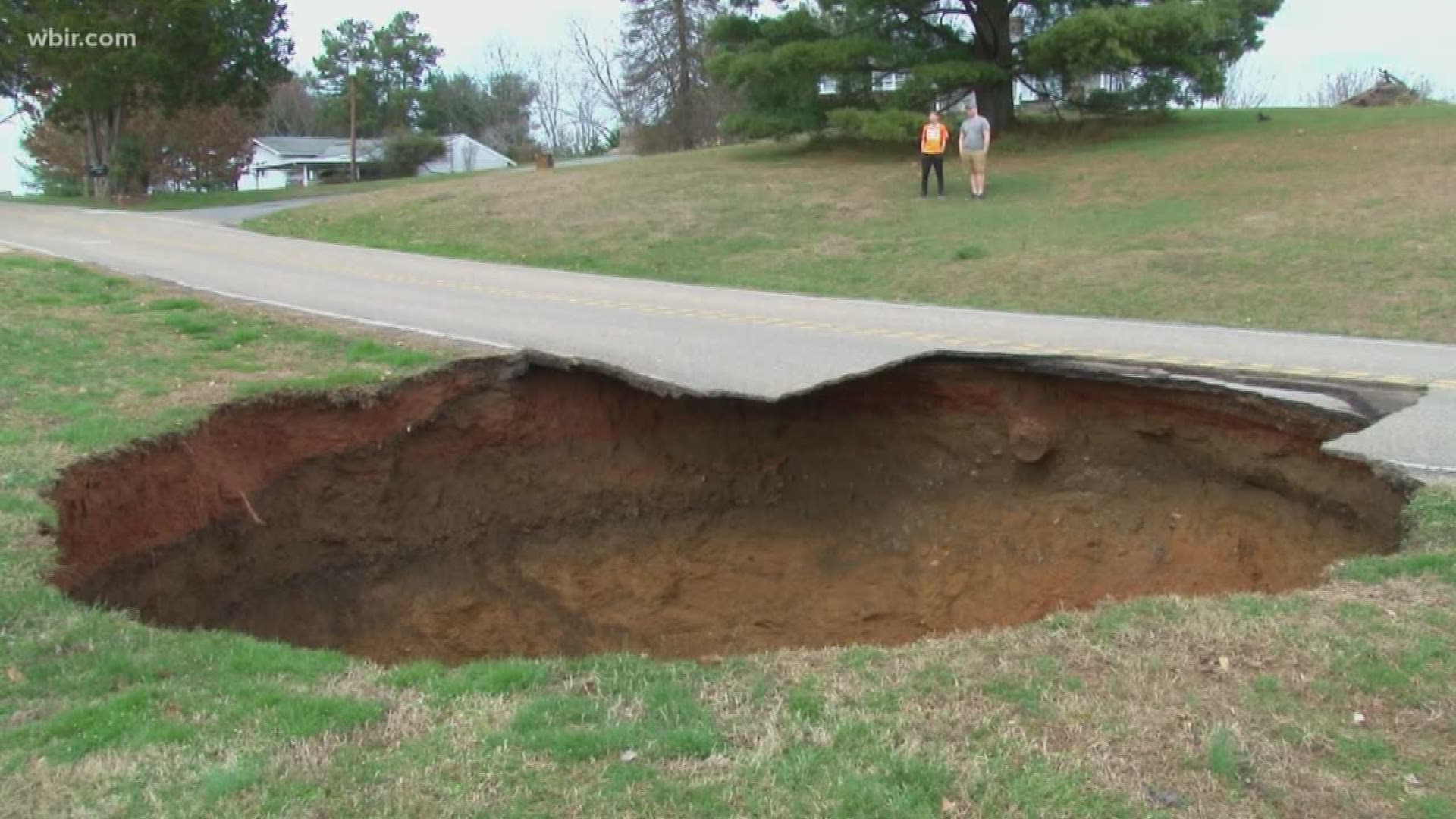 It will take at least a week for repairs, depending on the weather, and the road is closed.

Mayor Jacobs spoke about the growing concern that more sinkholes are possible with our recent heavy rain.

According to the USGS, sinkholes are common where the rock below the land surface is made up of limestone, which is the case for much of East Tennessee. Tennessee is one of the top states in the country for sinkholes.

Mayor Jacobs also provided a general update on the flooding recovery efforts in the county.

"We're getting cleaned up, but it's a slow process," he said.

Knox County Public Works official Jim Snowden said the county received a report at about 12 p.m. Tuesday of a small hole that had opened up.

At that point in time, it was only about 5 feet and right at the edge of the asphalt, so it wasn't even impacting the road. By the time crews got out there, about 20 minutes later, Snowden said the road had failed.

Crews closed the road for safety reason and have geotechnical experts there to drill near the hole.

Drills will happen Tuesday and Wednesday and then crews will be able to tell what the proper fix will be whether it's excavation or pumping concrete into it to form a plug.

Meanwhile, neighbors are left to watch the repairs and hope for a speedy fix.

"It will be impact for school buses or anyone who has to avoid this and enter and exit over there. It will just cause more traffic," Susan Treece said.

The man who said he discovered the hole, Daryl Hill, said he's just glad nobody drove into the hole.

"It was just a hole on the side of the road to start with but then all the asphalt fell from under it," Hill said.

He mentioned some roads in the country, particularly out west, are still covered in water. Knox County Schools has been out for two days so far because of the flooding.

RELATED: Neighborhood entrance flooded for days with no way in or out

Potholes are also a growing concern with the excess rain, and Jacobs said crews are doing the best they can to respond and fix those.

He also encouraged anyone with damage to call 311 to report it. The county will send that data to the state, which will compile it and see if the county can qualify for federal disaster assistance.