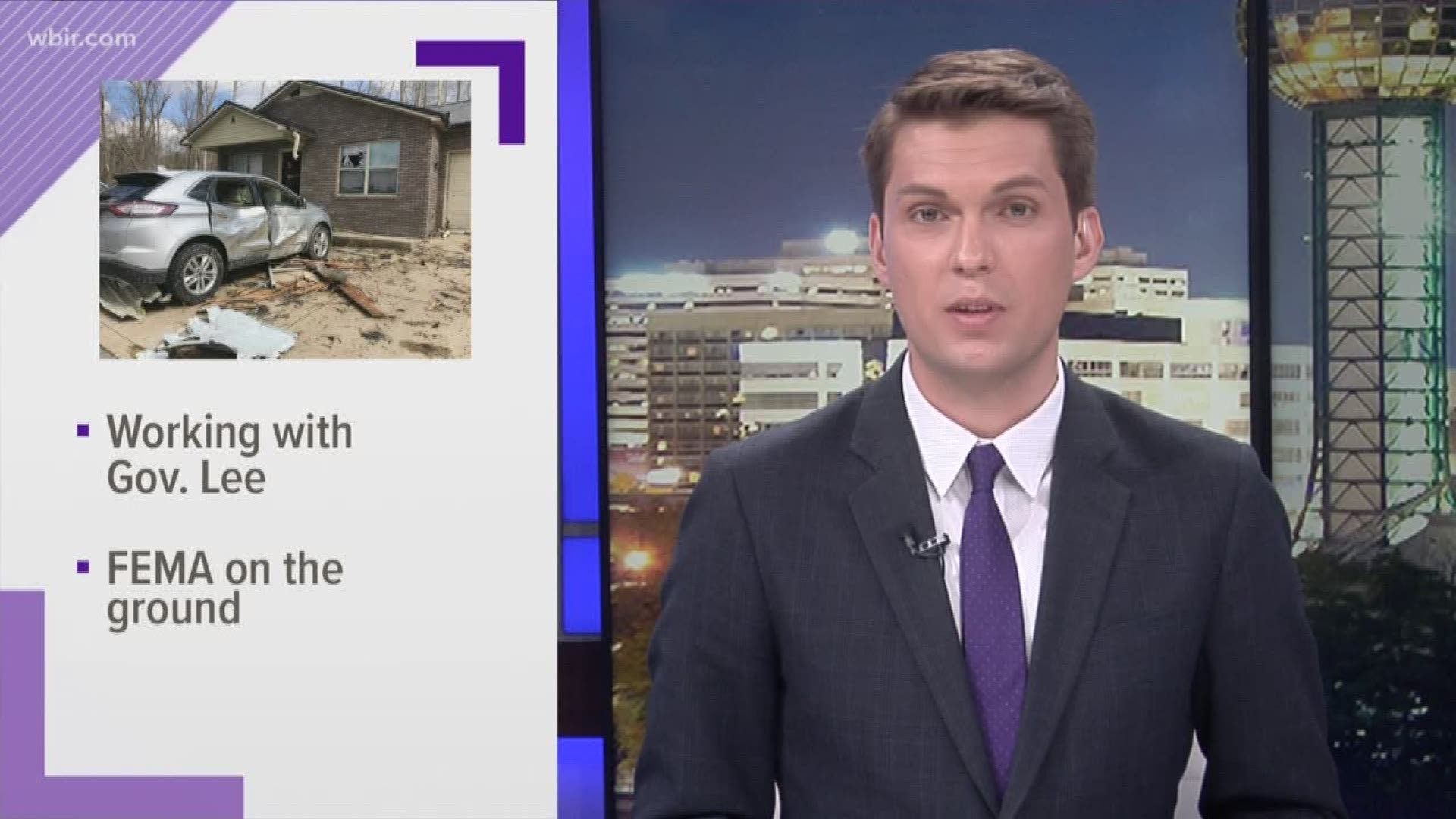 President Donald Trump said he planned to be in Tennessee on Friday to visit areas devastated by at least two tornadoes that struck several counties in Middle Tennessee.

Since the president spoke, while addressing the National Association of Counties Legislative Conference Tuesday morning, the death toll has risen to 24.

"I want to send my warm wishes to the great people of Tennessee in the wake of the horrible, very vicious tornado that killed at least 19 people and injured many more. And we're working with the leaders in Tennessee including their great Governor Bill Lee to make sure everything is done properly. FEMA is already on the ground and I'll be going there on Friday. Our hearts are full of sorrow for the lives that were lost. It's a vicious thing, those tornadoes. I've seen many of them during a three year period and I've gotten to see the results and they are vicious. If you're in their path, bad things happen. It's really.. bad things happen."

Trump and Gov. Bill Lee spoke by phone earlier on Tuesday. The president assured Lee the federal government will help the tornado victims to respond and recover.

The governor told the president that Tennessee looks forward to having him in the state on Friday to tour some of the damage and offer support to Tennesseans.
RELATED: Tennessee tornado victims: How to help

Downtown Nashville suffered heavy damage when the tornado ripped through, and at least forty buildings collapsed. Two people were killed in Davidson County.

There are 16 reported fatalities in Putnam County, according to TEMA. Three people died in Wilson County and one in Benton County.