The heat map indicates what areas are more flood prone, but local engineering projects and different types of rainfall may throw a wrench in predictions. 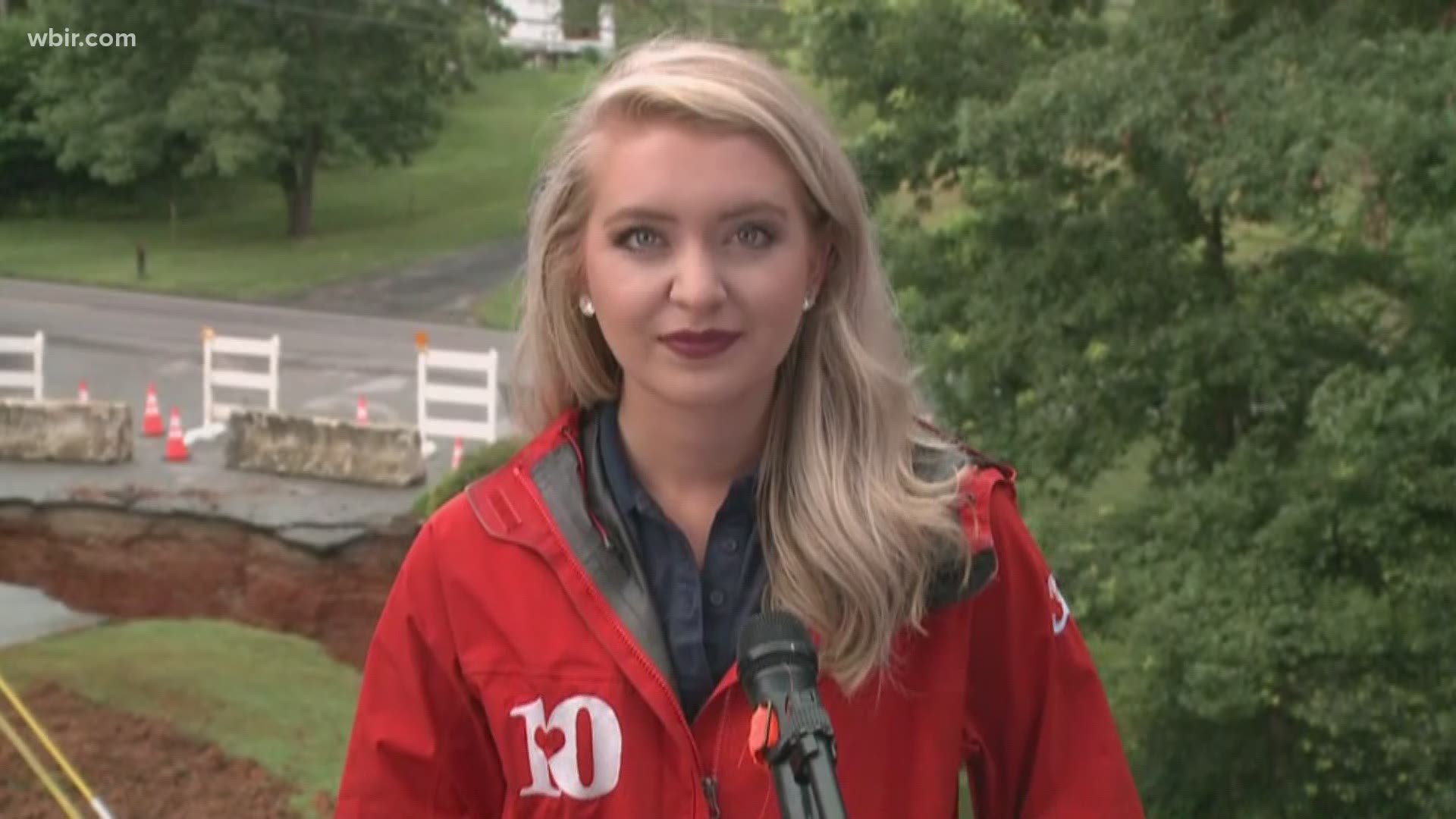 The heat map, posted by the First Street Foundation, uses data collected "over decades" to determine what areas in each community across the U.S. may see increased flooding potential.

It comes after storms Monday left roads throughout Knox County flooded and damaged. The western part of the county saw the most impact.

"We saw a significant amount of damage last evening due to the storm," Snowden echoed.

RELATED: Most Knoxville roads reopen after flash floods and storms

Knoxville City Planning Chief and engineer Chris Howley says that's because of all the pavement, parking lots, homes and businesses in the area.

"So when we do have rainfalls, especially one of these short duration rainfalls, the runoff occurs in a much quicker manner, so roadway flooding is a big product of that kind of rainfall," Howley said.

The red and orange dots peppered across the Flood Factor map for Knoxville indicate many flooding-prone areas, many close to waterways. The data indicates 14 percent of properties in Knoxville are at risk.

The future predictions indicate an increase in the number of homes effected by flooding, but engineers believe that may not be true. It depends on the type of rainfall and road projects being completed. The Flood Factor data relies heavily on environmental changes.

"We tend to have a number of different locations, but they're not flooding every time it rains," Howley explained of the usual-flooded areas. "It's flooding once a year maybe, so it's going down to a lower tier of impact, but we still have plenty of locations."

The City of Knoxville recently completed a five-year $9 million roads and storm water project to improve flood-prone areas. The city said in a press release many roads that used to flood now see less accumulation or the water subsides quickly.

The city adopted a Floodplain Management Planning mitigation plan to "examine opportunities to reduce risk and help coordinate responses to a broad range of emergencies."

The county is working on a similar $2 million project.

RELATED: Knox County will invest over $2 million in flood mitigation

"Each time it rains we assess those new locations and hopefully try to get projects in place to fix those as well," Snowden explained.

Howley added homeowners in Knox County can look at kgis.org to view if your home is located in a FEMA-indicated floodplain. He warned the public to be wary, though. If the map shows your home is not in a floodplain and other areas around you are, that doesn't necessarily mean you are excluded. It simply means FEMA has not surveyed your specific area.