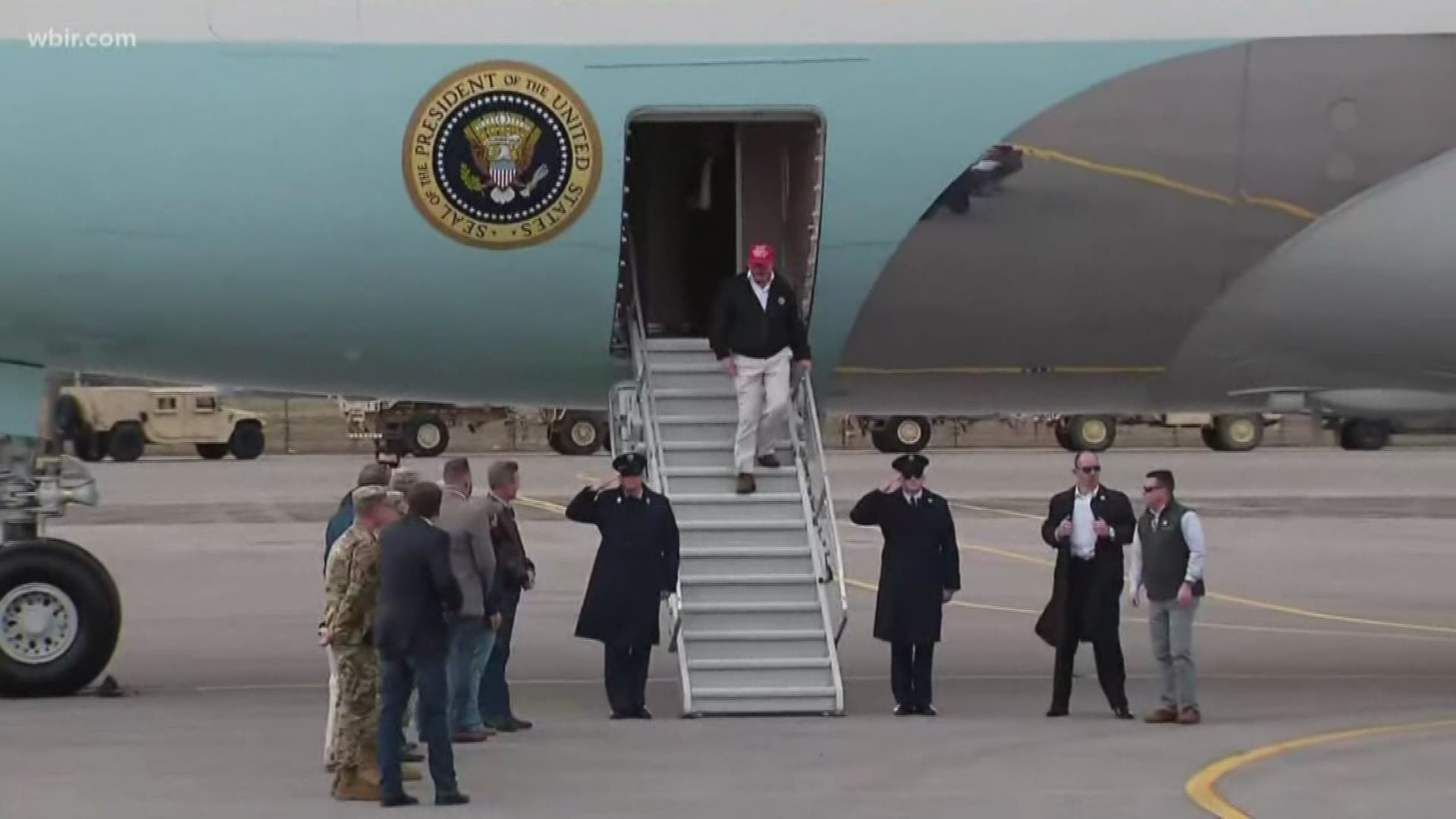 COOKEVILLE, Tenn. (AP) — President Donald Trump has toured a neighborhood in Tennessee reduced to rubble by a tornado earlier this week and marveled at “the tremendous heart" he witnessed.

He also offered a message for survivors and those who lost family members, saying: “We love them, they're special people."

Trump assumed the role of national consoler as he traveled Friday to Tennessee.

Trump is touring hard-hit communities in Putnam County, where a tornado tore a 2-mile-long path, killing 18 people, including five children under 13.

Many more people were injured, some critically.

NASHVILLE, Tenn. (AP) — President Donald Trump will visit disaster areas in Tennessee on Friday just days after storms that whipped across the state left 24 dead and many more injured.

Trump will be joined by Gov. Bill Lee, U.S. Sen. Marsha Blackburn and other top officials during his visit. The White House says Trump approved a disaster declaration Thursday, making federal funding available to those affected by the tornadoes.

A second tornado then exploded through communities farther east of Nashville, causing most of the deaths. 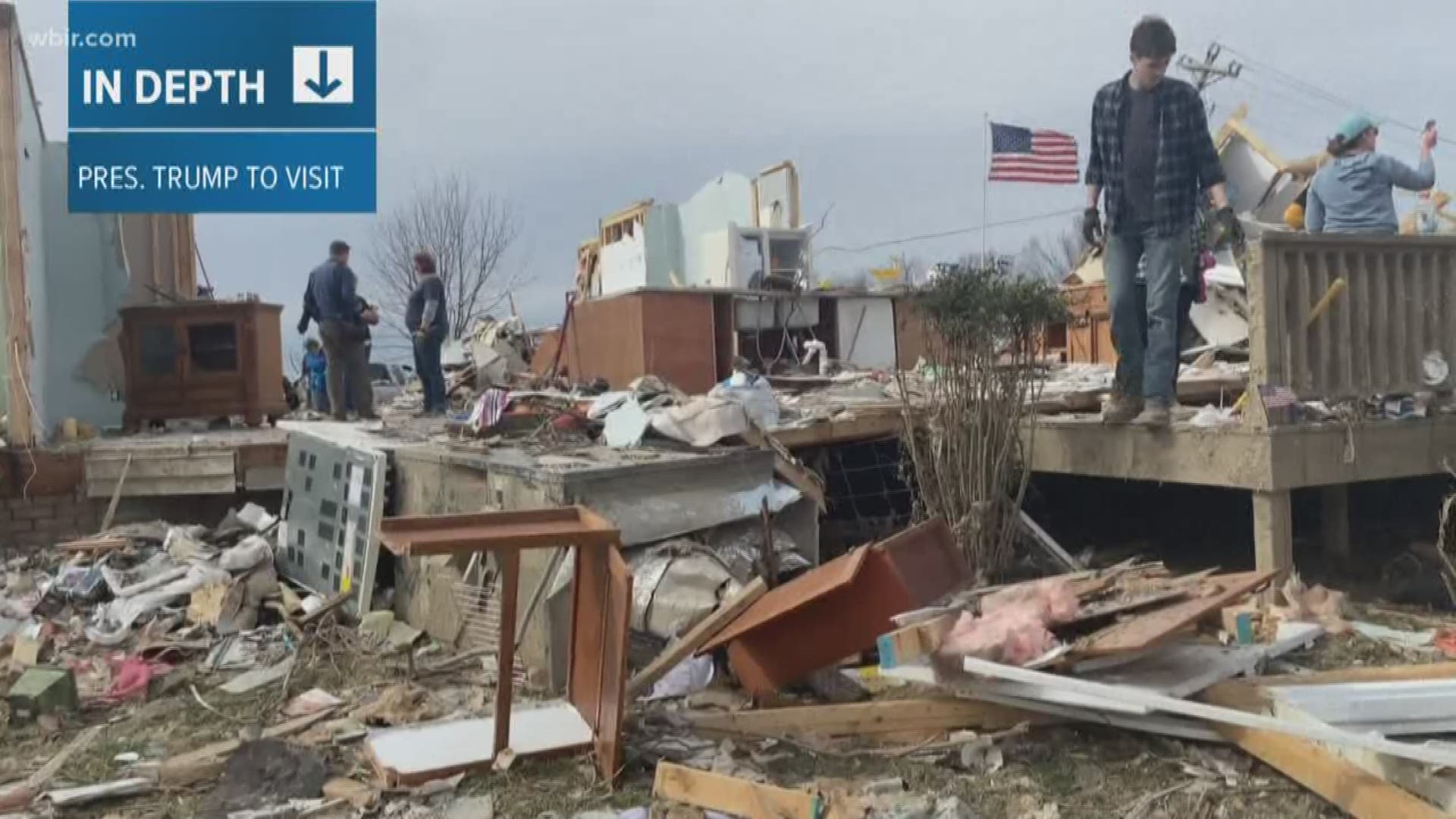 RELATED: Help us load up a truck of supplies for tornado victims

RELATED: Photos land in Scott County from tornadoes 120 miles away