An EF-4 tornado killed 19 people in the Cookeville area last March. One of them was Leisha Rittenberry, a kind and funny person who loved to help others. 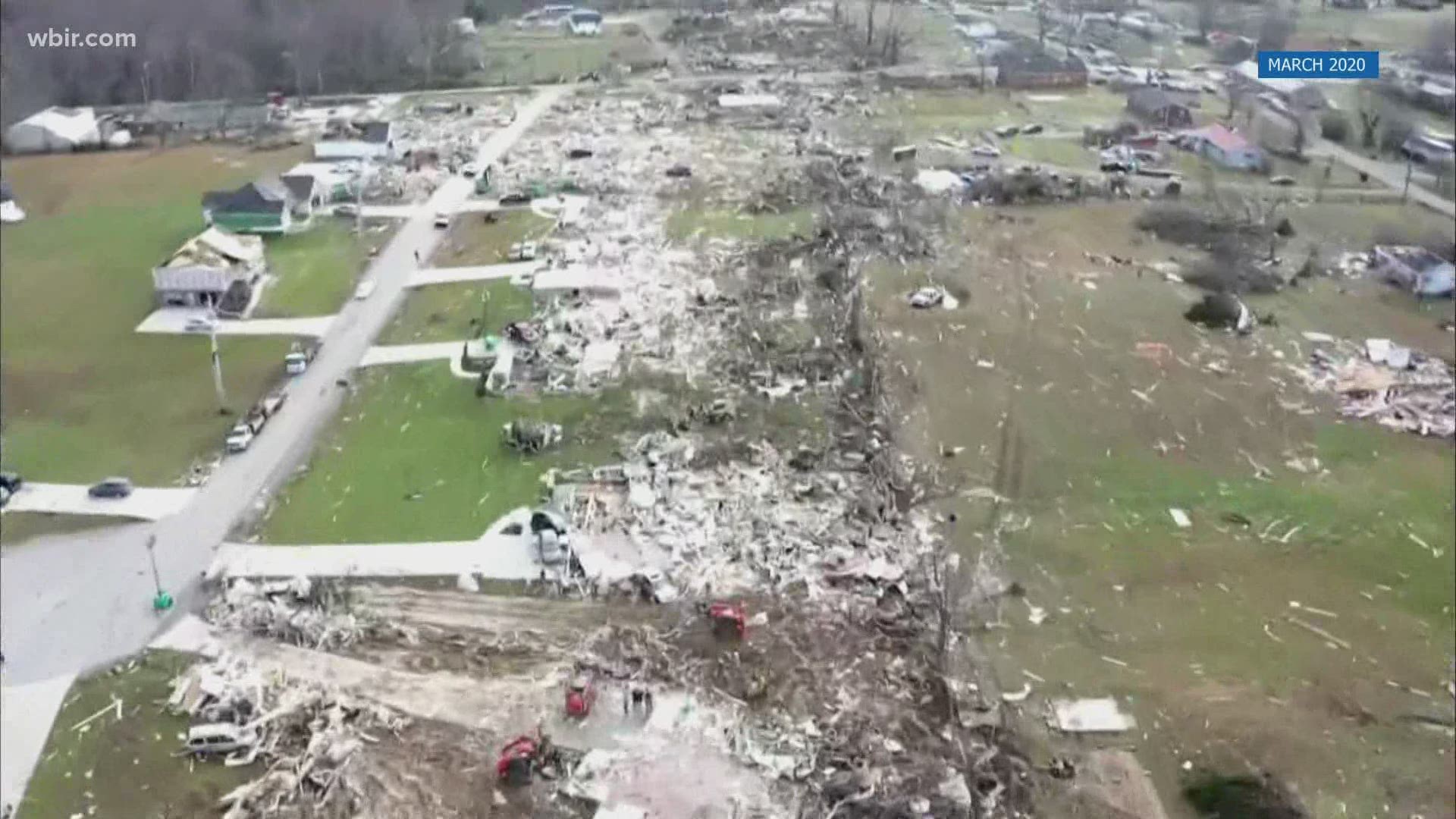 COOKEVILLE, Tenn. — In the corner of Jon Letts' home are pictures of Leisha 'Liz' Rittenberry. An engagement ring. A stuffed animal made from a pair of her pajama pants.

And a purple urn — her favorite color — filled with some of her ashes. It's a tribute to the person Letts called the love of his life.

"We completed each other," he said. "She meant more to me than life itself. She was everything to me."

Rittenberry, 28, is one of the 19 people who died last March when an EF-4 tornado tore through Cookeville. She and her fiancé, Jon Letts, lived in a townhome just above Echo Valley Pool.

It was there he learned his world had been flipped upside down.

"She was a beautiful person inside and out," he said. "She was so funny, energetic. She made everyone around her happy."

Letts and Rittenberry were set to get married on October 10. Instead, he's spent the past year grieving without her.

"It's been real hard ... it's like a bad nightmare that I've just wanted to wake up from," Letts said. "I've pretty much just been lost and I've just felt so alone."

One person he's leaned on for support is Melissa Nelson, Rittenberry's mom. She too has transformed a corner of her home into a memorial for Leisha.

"She was the best daughter anybody could ever have," Nelson said. "Even if it didn't make her happy, she wanted everyone else to be happy. She was fun and witty."

Nelson misses Rittenberry showing up in her driveway ready for mother-daughter days. She misses the way she laughed and her desire to help others.

"We loved her attitude — it was just all out there," Nelson said. "She could have changed the world just with the way she is."