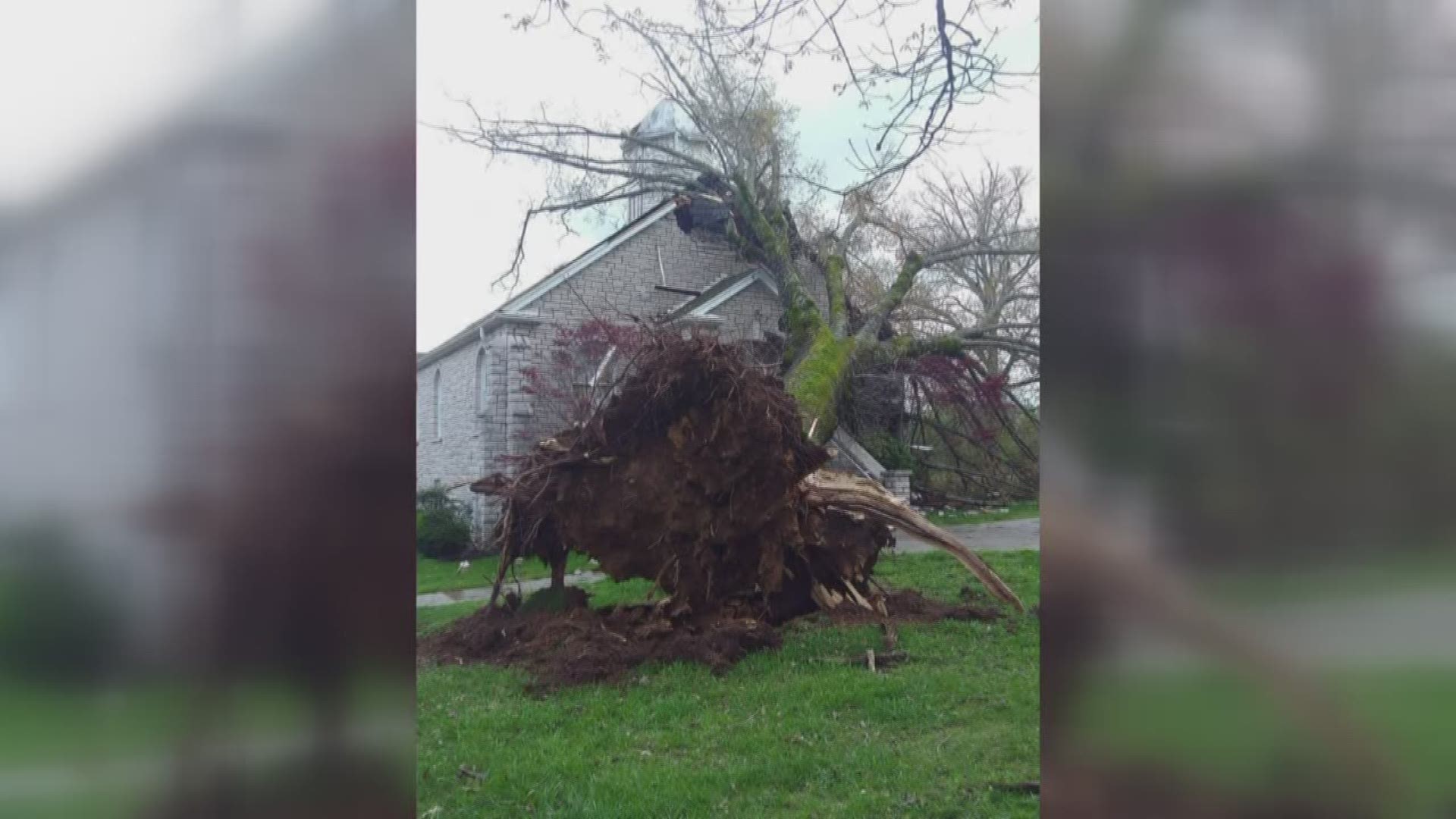 A strong line of storms moved across East Tennessee as most people slept early Sunday morning.

We checked with most East Tennessee counties and just about everyone reported trees down and some power outages.

The storms hit Cumberland Co. first, taking down trees and doing some damage. There were more than 7,500 people without power.

They are advising people to stay home this morning if possible because there is a lot of debris in the area and Volunteer Energy Crews are out trying to restore power.

WEATHER: Get the latest forecast

The storms rolled into Knox County by around 6 a.m.

KUB reported more than 27,000 people without power after the line passed through and there were reports of trees down in parts of West Knoxville. As of 9 a.m., the power outages were down to about 13,000.

Yvonne Cummings said a tree fell onto her home in the Kingston Woods subdivision in West Knoxville.

Credit: Kathy Spencer
A tree fell on a house in Knox County after Sunday morning's storms.

Dispatchers said they had a lot of trees and power lines down but nothing appeared to be too significant. There were some street signs and power poles uprooted on Lindsay St. in Alcoa.

Viewer Wesley Webber sent us photos of a large tree that was uprooted near his mobile home in Louisville. He said it narrowly missed his home.

Dispatchers said they had trees down across the county. Firefighters were fighting a fire at Roe Junction Baptist Church on Sulphur Springs Rd.