Storms with intense winds and lightning formed Friday afternoon, causing tens of thousands of outages and knocking over several trees. 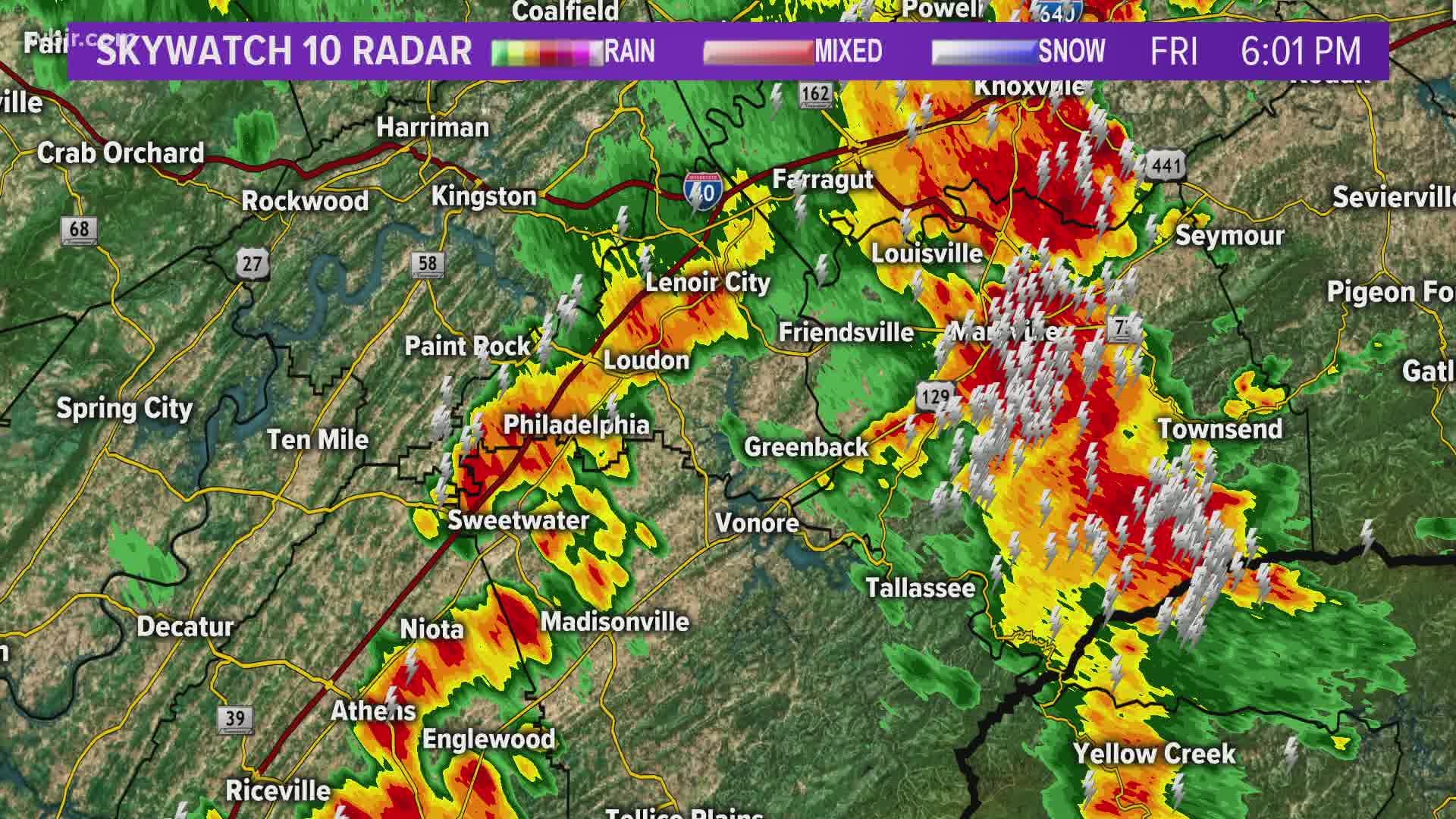 Strong storms made a mess in East Tennessee Friday evening, packing strong winds and intense lightning as they passed through.

As of 7 p.m., many areas saw flooding and trees down. By 11:15 p.m., KUB reported 3,000 people were still without power. The Sevier County Electric System also reported 133 people without power.

At least 30,000 people lost power across East Tennessee at the height of the storms. More than 10,000 of those were spread across Knox County, with large outages reported in Park City, Fountain City, Halls and near the old Knoxville Center Mall.

Many East Tennessee counties also reported several large outages in their areas during the storms.

Scattered storm damage was reported in Roane, Knox, Sevier and Scott Counties. Several people also shared photos of trees down across roads and on houses in places such as LaFollette and Fountain City.

Credit: Chris Phillips
A tree fell on a home in LaFollete.

STORM DAMAGE: Here's storm damage in Huntsville shared by Nikki Byrd. Some areas are seeing flooding and trees down. Safely share your photos if you have any storm damage and location. #10Weather @NWSMorristown pic.twitter.com/zO0hYvMTDp