Three people have died to weather-related incidents since Feb. 6, two of which were from East Tennessee. 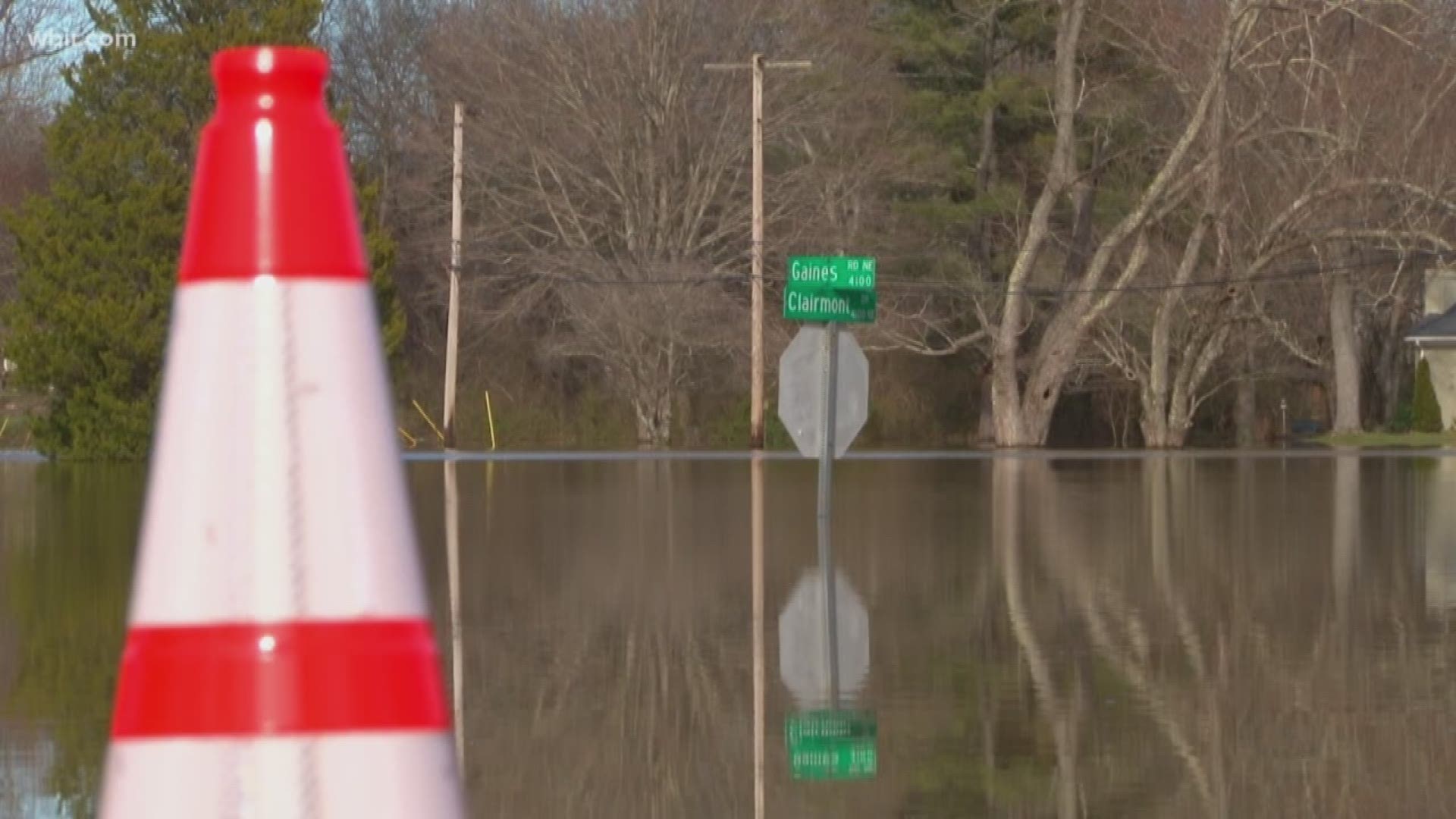 The Tennessee Emergency Management Agency said the state continues to be under a State of Emergency as flood response continues.

Anderson, Campbell, Union and Hancock counties did not report widespread damage due to flooding according to TEMA's map.

A Crisis Cleanup Help Line has been established to help home and property owners with clean up. Tennesseans in need of help with debris and home cleanup due to flooding should call the hotline at 1-833-556-2476.

Tennessee has had three weather-related fatalities since Feb. 6.

Authorities initially reported in a Monday update from TEMA that that figure had grown to four, saying another person had died in Clay County as a result of weather.

However, that was an error in "external confirmations", an update from TEMA said early Tuesday.

Two of the three deaths were in East Tennessee -- one being a 56-year-old man who drowned after his vehicle submerged on a flooded roadway near Ebenezer Road in Knox County Saturday night. The other was the 62-year-old Hawkins County man killed in a mudslide.

A 53-year-old woman in Cheatham County had also been killed after she was swept away in swift water.

TDEC said it is now monitoring 26 drinking water systems that have experienced problems as a result of the flooding, including Knox County's First Utility District, the City of Morristown, and Roane County's Rockwood Water System.

So far, 15 counties have declared local States of Emergency in Tennessee. Claiborne, Sevier, Hawkins and Scott counties are among those to make the declaration.

Many roadways locally continue to be flooded, some blocking access in and out of neighborhoods. TDOT is monitoring state routes where ponding is occurring on a number of roads in East Tennessee:

►RELATED: Northshore neighborhood entrance flooded for days with no way in or out

TDOT said 130 locations across the state are still being impacted by slides, rock-fall, flooded roads and other weather-related issues. Those include I-24 East north of Nashville at mile marker 42. I-40 past the TN/NC state line is also closed until the weekend due to a rockslide that occurred Friday night.

For those seeking shelter, there are two locations in East Tennessee. Central Baptist of Fountain City in Knox County at 5364 North Broadway, and the Pigeon Forge Community Center at 170 Community Center Drive in Sevier County are both operating as open shelters for those who were displaced by flooding.

TEMA said people with damaged homes as a result of the weather should notify their county emergency management agency for assistance. You can find a list of contacts here.

Those in need of help with downed trees can email the Tennessee Volunteer Organizations Active in Disasters (TN VOAD) at tennesseevoad@gmail.com.

People should remain alert of the road conditions ahead of them, and should never attempt to drive through roads with standing water covering them.

"It’s not just your life you risk going into flood water, you’re also risking the lives of those who will try to rescue you," TEMA said.