Tropical Storm Eta continues to produce scattered rain bands and strong winds as it moves across the northern peninsula of Florida. 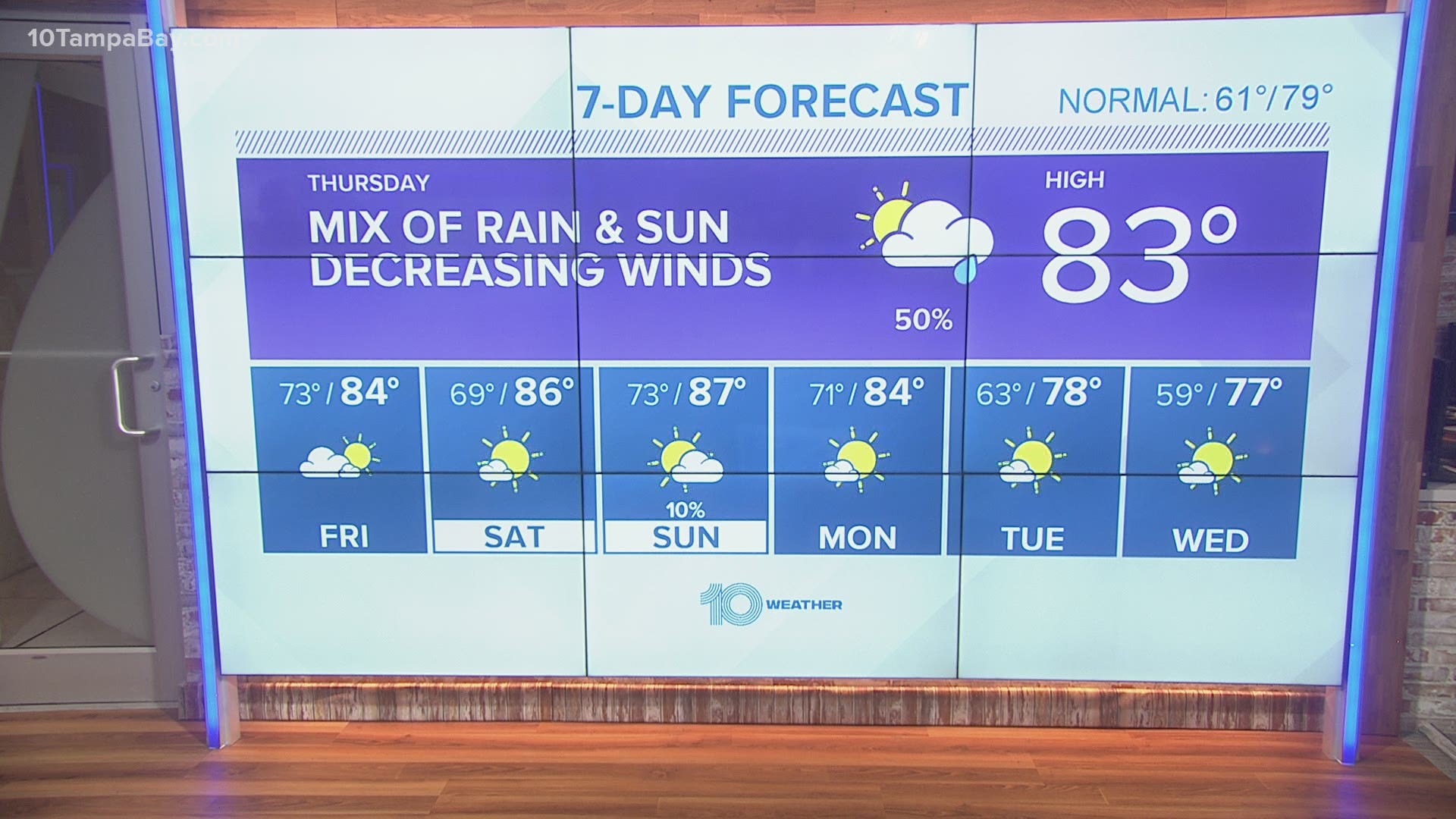 It had maximum sustained winds of 50 mph.

Now, Eta is moving over the northeastern portion of Florida, according to the National Hurricane Center's latest advisory. Eta currently has maximum sustained winds of 45 mph and is about 10 miles southwest of Jacksonville.

Overnight and into Thursday morning, Tropical Storm Eta dumped bands of rain and strong winds across the Tampa Bay region. Many are without power while others experience flooding.

Eta also brought a host of weather threats, including storm surge, damaging winds, and flooding across parts of the Bay area.

There were also multiple tornado warnings issued throughout the day on Wednesday.

Eta, which had been a hurricane, weakened to a tropical storm earlier on Wednesday, then made landfall near Cedar Key early Thursday morning.

Most watches and warnings for Florida's west coast have been canceled, with the exception of a few river flood warnings, but coastal flooding will still need to be monitored through today.

As of the latest advisory, these are the watches and warnings in effect:

RELATED: When are hurricane/tropical storm watches and warnings issued? What do they mean?

Eta made landfall near Cedar Key around 4 a.m. Thursday morning.

Eta already made landfall around 11 p.m. Sunday on Lower Matecumbe Key, Florida, and a second Florida landfall is possible.

The NHC is also tracking two other disturbances.

Tropical Storm Theta is in the eastern Atlantic. It became the 29th named storm of the Atlantic hurricane season, setting the record for most named storm in the Atlantic in a single season. It will have no impact on the United States.

The NHC is also tracking Disturbance 1 in the Caribbean. It is a storm that all interests in the Gulf of Mexico will need to track closely. It currently has an 80-percent chance of developing into another tropical cyclone in the next 5 days.