Tremors could be felt all over East TN and as far away as Florida. 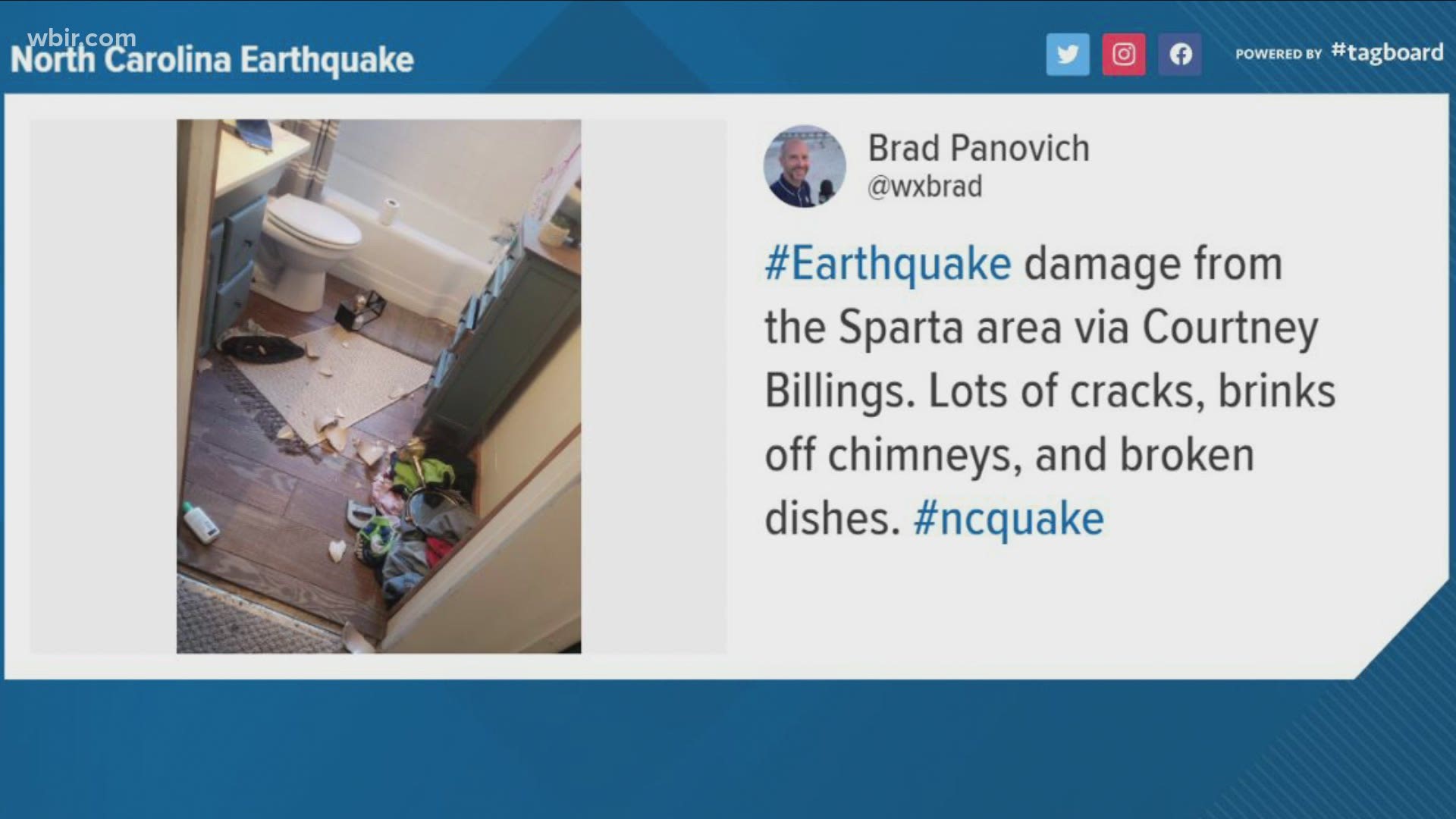 The 5.1 magnitude earthquake was reported at 8:07 a.m. approximately two miles southeast of Sparta -- but people felt it across East Tennessee and as far away as Florida.

There were no immediate reports of damage or injuries, however, damage reports started to come in hours after the quake, including damage to buildings, roads and thrown around belongings inside of houses.

In Knox County, the library's seismograph picked up the tremors. Below you can see the seismograph, where the black squiggles are it picking up the earthquake.

The USGS reports multiple foreshocks before the major 5.1 earthquake, and also said aftershocks are possible, but the chance shrinks with each passing hour since the earthquake.

This earthquake was preceded by at least four small foreshocks ranging from M 2.1-2.6, beginning about 25 hours prior to the mainshock.

The USGS reports the strongest earthquake as a 4.7 back in 1976.