GPS technology designed by ORNL could have major impacts on how snow and ice impacts the roads. 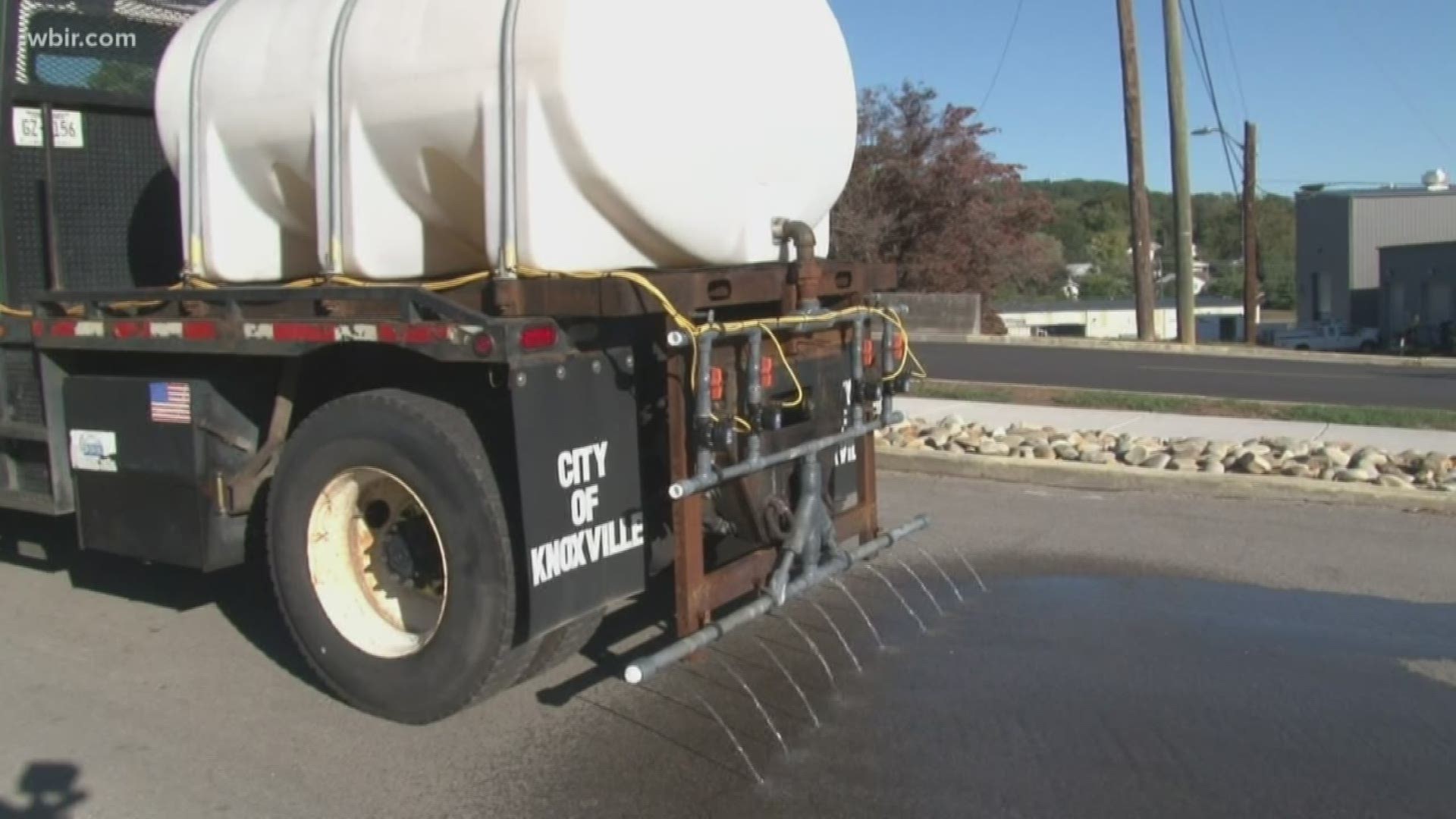 As we enter into a new season, the City of Knoxville is continuing to test out technology that could have major impacts on areas affected by snow and ice.

Chad Weth, with the city of Knoxville, said the technology can be found on one of the nine brine trucks that travel through Knoxville.

“What the system was designed to do was to first take into account how susceptible the road is to snow and ice coverage, from there it uses GPS data and the GPS that’s inside the truck data talks to the back of the truck and how the brine flows out is based on not only that LiDAR data but the speed of the truck and really it’s designed to apply the brine more regularly than what our old system does, which is basically just gravity," Weth said.

The technology could make the roads safer, and also help save a little money, by cutting down on salt use.

“Brine is not expensive. Salt is where your cost is. Right now the city is paying $85 a ton for salt and the city stocks about two thousand tons, so if you do the math, that’s where the cost is. It takes about 40 to 50 pounds of salt to make our brine for all of our level ones and twos streets so if you start doing the math and doing straight salt, one truck can disperse 8 to 9 tons of salt, so the brine is much cheaper than straight salt." Weth said.

ORNL Senior Scientist, Femi Omitaomu, said they hope this technology will help people living on all types of roads, not just main roads.

"If this portion of the road is going to get a lot of sunlight, you don’t need to have material there because that is going to amount of waste, that material can be extended to other roads, that way the same body of material can cover a lot of more road segment,” Omitaomu said,

According to Omitaomu, the idea was first developed in 2015 after a bad winter storm and was brought to reality with the help of UT students who helped design the mechanisms and software.

Roads were only brined once last year, so there isn’t much data on how well this technology performed. However, the city knows other areas could also benefit from it.

“Hopefully we can apply the technology to all of the trucks. I think Knoxville is a great test market for it, but I think what they stumbled upon would really be helpful in other areas as well, areas up north that get a little bit more snow, but my hope is that we can eventually get it on all of the trucks because it is relatively inexpensive,” Weth said.

RELATED: Winter Weather Outlook: Why some roads are worse than others after it snows

RELATED: Getting your vehicle ready for winter weather