Welcome to Meteorological Fall! Cooler temperatures may be in the forecast after Labor Day

After a mild and muggy August, we may finally get a break from the humidity next week. 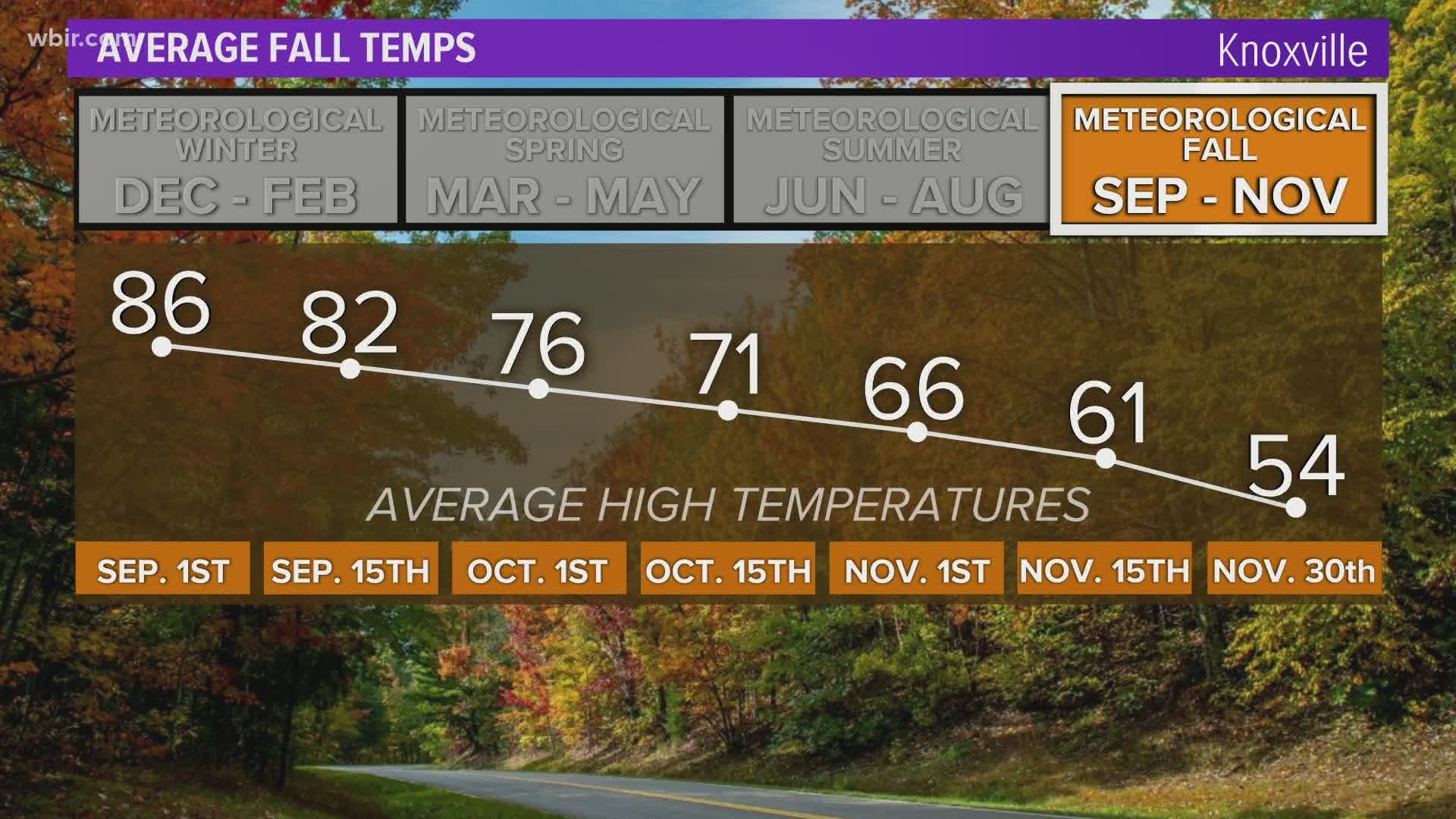 Meteorologists break down the seasons by average temperature so with December, January and February being the coldest months and June, July and August being the warmest, it only makes sense that September, October and November would make up Meteorological Fall.

Astronomical Fall will begin with the Autumnal Equinox, which will occur on September 22nd at 9:30 a.m. EDT.

After such a soggy August, you may be looking forward to some cooler and drier weather.

Last month was the 5th wettest August on record with 8.33" of rain falling at McGhee Tyson Airport, the official climate site for Knoxville.

The average monthly rainfall of 3.27" means that August is typically one of the driest months of the year... But this was not the case in 2020.

The good news is that we may have some relief on the way!

Long-range computer models are showing a chance for cooler-than-average temperatures across much of the Lower 48 beginning around or just after Labor Day.

This outlook from the Climate Prediction Center indicates that we have a chance of seeing below-average temperatures in East Tennessee from after Labor Day through about the middle of September.

Our average high temperatures are still in the middle 80s but will drop into the middle 70s by the end of September.

So it may not be time to pull out the flannel shirts, boots and warm blankets just yet but it's never too early to get excited about fall!