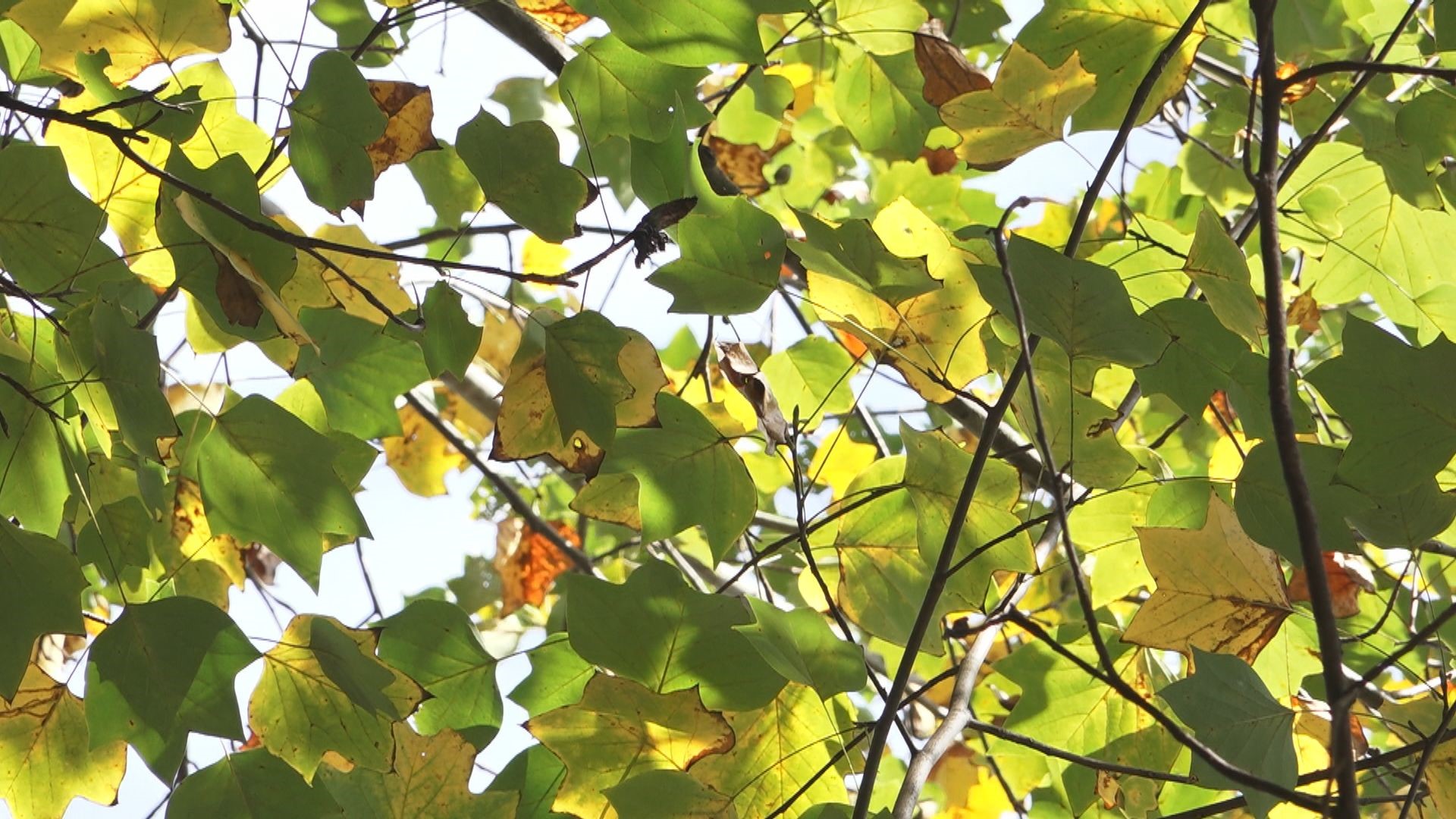 KNOXVILLE, Tenn. — The prolonged heat and drought from August through early-October has things looking green and summer-like in much of East Tennessee.  But experts are not giving up on a shot a decent fall colors.

"We will definitely have color. The question is the intensity of the color and the timing," said arborist David Vandergriff.

Vandergriff said the extended drought and high temperatures have already taken some species out of the equation for fall colors.

"A yellow poplar, our state tree in Tennessee, is one of the trees that is sensitive to dry weather. Those trees area already turning yellow and drop leaves. Dogwoods are also affected by the drought.  For trees, the defense mechanism against moisture loss is to shed foliage. Then it can't lose moisture through the leaves anymore," said Vandergriff.

The end of September is when East Tennessee historically starts enjoying its fall colors before peak in mid-October.

Updated foliage projections now show fall colors being delayed for weeks and will begin to arrive around mid-to-late October and peak in early November.

"It looks like it's going to be a couple of weeks later than we normally expect it to peak," said Vandergriff.

Ideal weather conditions for fall colors are sunny days with highs in the 70s and cool nights that stay above-freezing.

The vibrancy of the colors depends on how much sugar is in the leaves.  Trees produce food and store carbohydrates in the leaves.  The heavy rains earlier this spring and summer had the region on track for a banner year of colors.

Credit: WBIR
Green covers the landscape near Townsend in late-September 2019.

"They were making plenty of food.  Then everything started changing in August and particularly September. Our temperatures got to be as hot as they'd been all summer," said Vandergriff.

Some species still have a shot at vibrant displays.

"The ones that change later, like maples, hickories, oaks, those sorts of things, they're going to be less-affected. They can be rescued by cooler nights," said Vandergriff.

A quick look at the WBIR video archives shows the colors in early-October fluctuate widely.

The leaves were already rusty and red the first week of October in 1983 and 2012.

Reports in early-October of 1998, 2002, and 2014 expressed concerns about drab rain-soaked leaves dying in damp cold conditions.

Whatever the weather does, you can count on the leaves eventually changing as the planet tilts.

"As the day gets shorter, plants start to move into a different phase. It is a signal to them that it's time to shut down and go dormant for the winter," said Vandergriff.

The later the peak is pushed back, the more likely the colors will be short-lived, too.

This will be the third year in a row colors ended up arriving late in East Tennessee. 2017 and 2018 both saw unseasonably warm starts to fall, and colors didn't start to shine until mid-October.

In 2016, we had seen similar record-breaking hot conditions. By mid-October, there were consecutive record days of 88-degree heat. However, historic severe drought conditions had lingered since that spring -- which led to leaves paradoxically peaking and falling earlier than normal.

From Newfound Gap, you can see a a few trees are beginning to turn, but it's looking like we're still a few weeks out before the Smokies will start to show off its true fall splendor.

Despite the late arrival, the colors in the Smokies should still be impressive. If you're looking to find the best time to take an autumn drive or hike through the Great Smoky Mountains National Park, you can check out the latest views from its webcams.