Crew 1 will launch four astronauts on a mission to the International Space Station Sunday evening from the Kennedy Space Center in Florida. 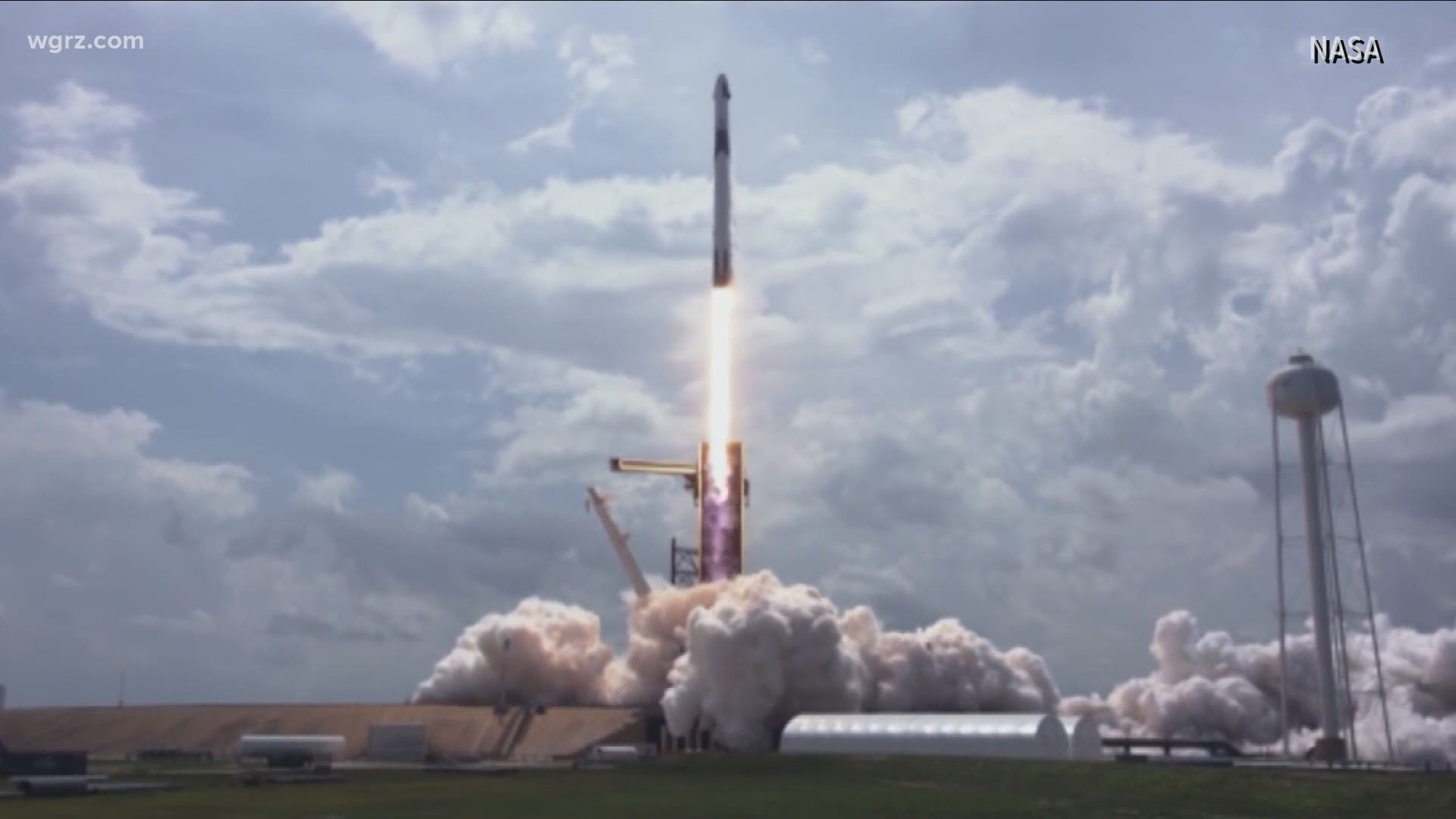 BUFFALO, N.Y. — History will be made in space Sunday night. NASA and SpaceX are joining forces to launch what's being called "Crew 1," the first fully-crewed commercial mission to the International Space Station.

"It only takes eight minutes to get to space. So we go pretty fast. We go from zero to 17,000 miles an hour in about eight minutes," said NASA Astronaut Drew Feustel.

It'll be a quick trip, and a six-month stay on the station for the four-person crew.

"Three of the four of crew members are veteran ISS astronauts. They've been there before, they've done six months on the space station, and are returning to do that same trip again."

Feustel has flown to space three times himself. He served as commander of the International Space Station for six-months in 2018.

"That six months has its ups and downs," Feustel said. "Some periods of normalcy, some periods of uniqueness. It's a great overall experience. The opportunity to see earth from that vantage point is incredible. But it's also a great opportunity for them to carry out research and science that's important for humans here on earth."

The historic mission will set the stage for a new era of space exploration.

"We have over the last decade really started to involve more private companies with the research that's going on there, and now we're getting private companies involved with the actual launches of crews to space," Feustel said. "That's really important for us as a nation, for the world and for that industry."

You can follow along with the launch and the mission on NASA.gov.