Baby Boomers say they've seen a lot of change during their lifetimes and they are the first generation to deal with a few unique problems. 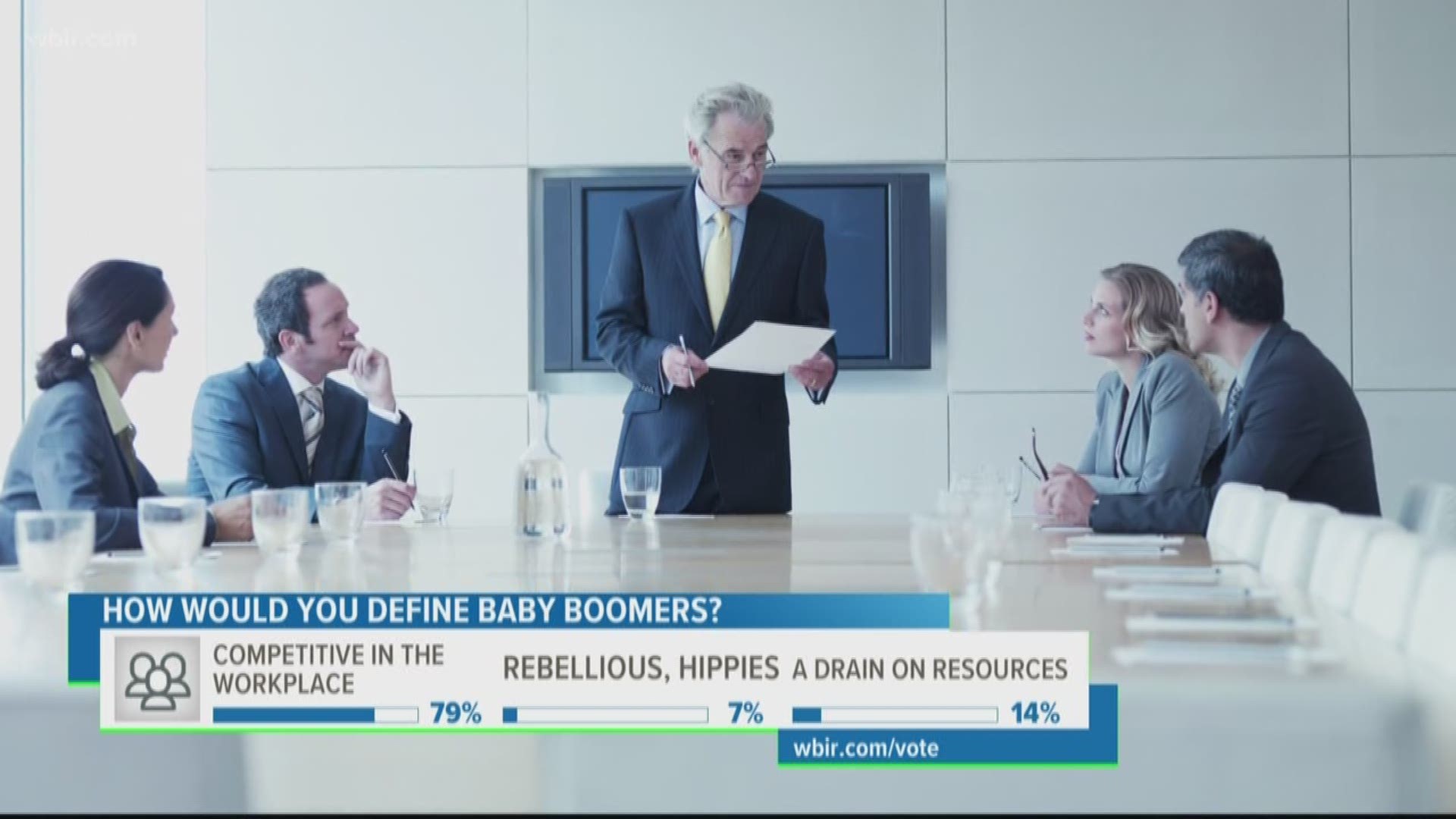 Baby Boomers say they've seen a lot of change during their lifetimes and they are the first generation to deal with a few unique problems.

Dr. Tricia Bruce, Sociologist with the University of Notre Dame, defines the "Baby Boom" as, "the bump in fertility post-World War II up until the intro of the birth control pill."

Now, Baby Boomers are at retirement age, but they were known as a rebellious generation when they were young.

"Baby boomers were trouble, rebelling against the way they were brought up to conform," Dickson, who is a Baby Boomer, said. "I'm a child of the 60's. I remember protesting trying to get away from war."

"There were protests when we were in D.C. visiting when I was a little girl," Laura said.

Baby Boomers matured in a time when civil rights, feminism and the Vietnam War were major causes of controversy in the United States.

"The best thing that ever happened to me was being drafted in 1968 to The Vietnam War," Clayton, who is a Baby Boomer, said.

The New York Times reports more than 10 million Baby Boomers have served in the military, many of them went to Vietnam.

At the time of their births, Baby Boomers were the biggest generation, and leaders had to scramble to make room for them.

"All of a sudden the United States realized we don't have enough schools, so they built a bunch of schools," Dr. Bruce said.

Their school experience was shaped by the Cold War and fear of an attack.

"I remember in grade school coming out in the hall with all the other kids and our teacher and sitting in the hallway as an exercise to know what to do when we were attacked by a nuclear missile," Dickson said.

Today, Baby Boomers are thought of as a generation committed to hard work. "When I came up, I'd work at anything: bailing hay for $1.75 an hour, working at a restaurant, working in a factory, stuff like that," Clayton said.

Baby Boomers have also seen major changes in the workplace during their lifetimes.

"As this generation grows up, women are entering higher education and entering the labor force in higher levels than they have before," Dr. Bruce said.

According to the Bankers Life Center for a Secure Retirement, Baby Boomers have less confidence that they can take care of themselves during retirement than ever before.

Plus, being one of the largest generations to turn towards social security, many fear money might run out. Only 37 percent think they will be satisfied in retirement, so many are planning to work or are already working until they are 70 years old instead of 65.

"We have to go back to work.  You cannot live on social security, and I have a small retirement. I worked at Sears for 33 years, but I took my retirement early and so it's a minimal pension, " Linda, a Baby Boomer, said.