We continue to learn more about the trends of Generation Z as it grows up. 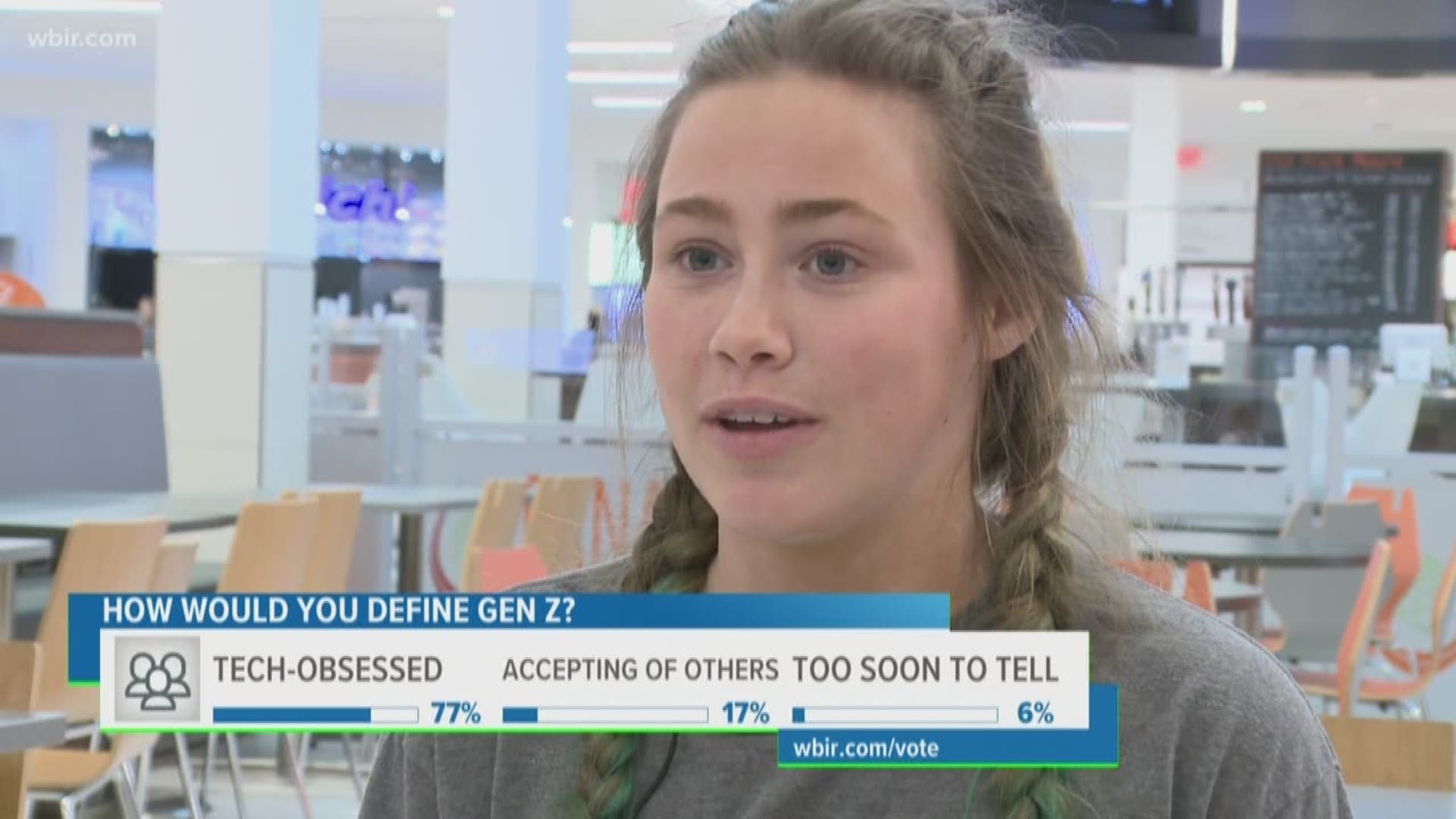 "I always hear about Millennials, but you don't hear much about the name of our generation," Taylor, a member of Generation Z, said.

We continue to learn more about the trends of Generation Z as it grows up.

"I think we have more questions than answers about the youngest generation," Dr. Tricia Bruce, Sociologist with the University of Notre Dame, said.

We do know Generation Z has always had access to technology, and that's setting them a part from other generations.

"We've seen some pretty substantial changes, and I would even say rapid changes just because technology changes rapidly and technology is a key driver in generational difference," Dr. Bruce said.

"There is access to this phenomenal level of information connection, access in ways that earlier generations never had or if they did it came later in life," Dr. Bruce said.

Access to resources has sparked the stereotypes that Gen Z is lazy.

"I feel like, of our generation, stereotypes are like being lazy. People think we can just Google it if we need to and all that stuff, but I don't think that's really true," Taylor said.

"They're coming of age right now during a particular political moment, during a period of less religious affiliation, during a moment of high levels of partisanship," Dr. Bruce said.

Generation Z is starting and participating in movements like March For Our Lives, #MeToo and Black Lives Matter.

"We know what we want to fight for and what rights that we want. Even though we can't vote yet, and people are just now beginning to, we know what exactly what we go into and our beliefs pretty strongly," Taylor said.

Some argue advancing technology is forcing Gen Z to grow up faster than other generations.

"With technology and stuff we can get in touch more quickly. We can look at things other people have done in the past that will make us want to do that now and we want everything now," Gen Zer Ruth Ann said.

As Generation Z grows up, its creating the new normal.

"We can work from home or do school from anywhere or travel via virtual reality." Dr. Bruce said. "The key for the youngest generation is not only how does that technology shape their choices, but how does that change what we see as normal?"