Marshall Goldman makes bagels in the traditional way, sells them online and then passes them out in spots around town like store parking lots or neighborhoods. 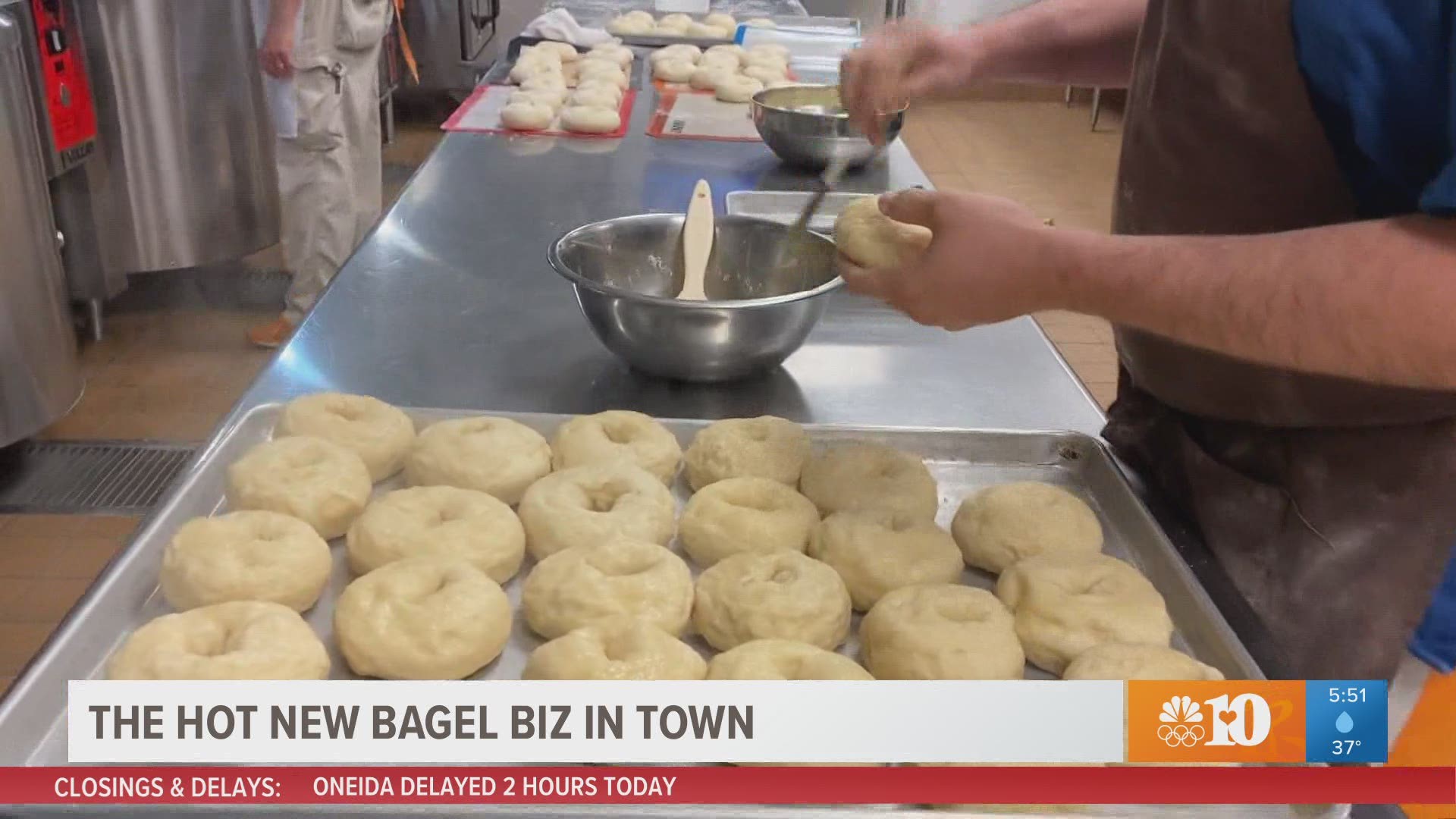 KNOXVILLE, Tenn. — There's a lot of bagel buzz in East Tennessee right now and it’s all because of Marshall Goldman.

He makes bagels in the traditional way, sells them online and then passes them out in spots around town like store parking lots or neighborhoods. And to think, this bagel business is actually a side hustle.

There is a very particular process to making the perfect bagel and Goldman has made it his personal mission to figure it out.

“As my wife would say I'm a huge bagel snob,” Goldman said.

Goldman's day job is the Director of the Allan Jones Aquatic Center at the University of Tennessee.

His bagel love started when he grew up visiting family in Boston and eating delicious bagels.

“When you bite into it there’s like a little bit of a crunch but a tear to it. And as you’re eating, it you’ll get a little sweetness, just a hint of sweetness even in the savory,” Goldman said.

The secret is in the boiling process, a technique he takes to heart because of his own heritage.

And so did he, but on a small scale, he recalled: “Saturday mornings I would get up at 3 a.m. and make a batch of bagels for my family.”

The bagels were a hit, so he decided to take orders and sell them, but that first night of bagel making in his home kitchen was overwhelming.

“The next night, my mom showed up and just jumped right in with me and started making them with me,” said Goldman. “A couple weeks later my dad showed up and he became our chief boiler.”

Goldman's mom Margy Goldman is an overnight oncology nurse and his dad Dr. Mitch Goldman is the former Chairman of Surgery at UT Medical Center, now they spend their nights making bagels with their son.

“For me, it's almost like being back in residency and being on every other night 'cause we work three to four nights a week,” Dr. Goldman said.

“We were looking for hobbies to do together. We just didn't know it was going to be making bagels until 2 or 3 in the morning,” said Goldman’s mom, Margy said.

People have supported Goldman's big time, placing orders online and then picking the bagels up at drop sites in different spots around town like Backdoor Tavern.

They already have regulars!

“I knew right away when I tried his that they were a real NY water bagel,” said Ron Tulotta who recently moved to Knoxville from New York City.

All of this buzz about his bagels and Goldman says the best part is spending time with his family.

“At 40-years-old to be able to spend 30 hours a week, just you and your parents are in there, and cooking and getting along and having fun that's the absolute best part,” Goldman said.